Accessibility links
'The Jinx' And The Challenges of Public Curiosity One of the lessons documentarians are learning is that the more people like your work, the more they ask questions about it.

'The Jinx' And The Challenges of Public Curiosity

'The Jinx' And The Challenges of Public Curiosity 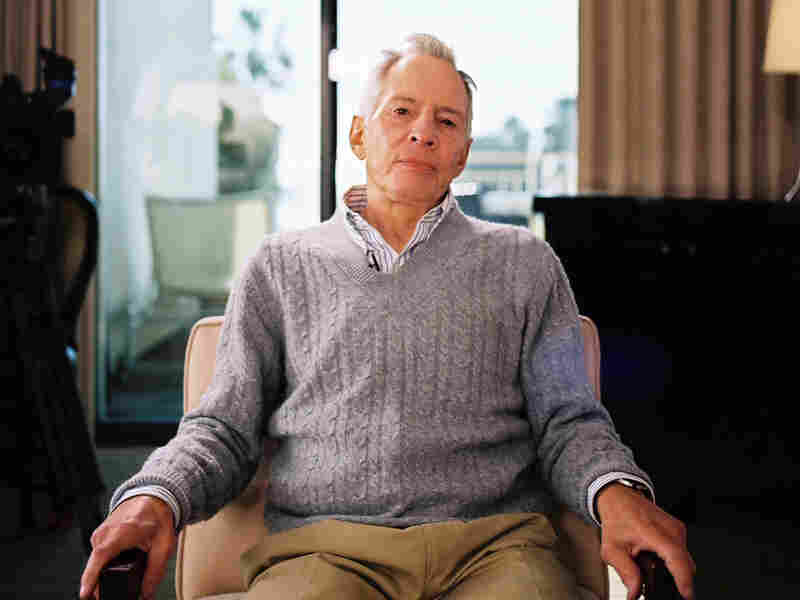 Robert Durst was the subject of the six-part HBO documentary series The Jinx. HBO hide caption 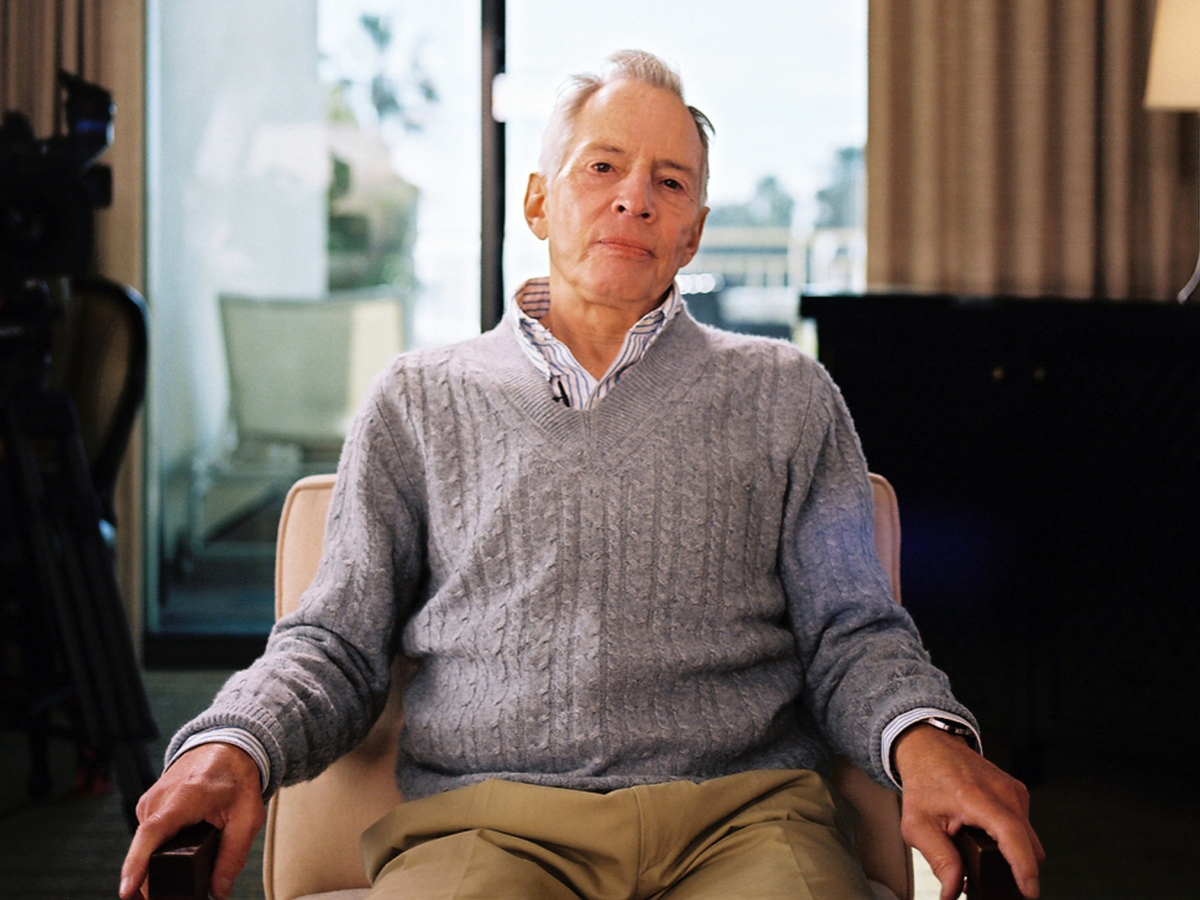 Robert Durst was the subject of the six-part HBO documentary series The Jinx.

It was hard not to compare HBO's six-part miniseries The Jinx to the hit podcast Serial. Both featured serialized storytelling from reporters unafraid to be part of the stories they were telling; both were very well received. But the similarities dissipated as the conclusions approached.

Serial ended with an acknowledgment that it had shed little particularly satisfying light, even for its creators, on the underlying question of the guilt or innocence of the imprisoned Adnan Syed. The Jinx, on the other hand, ended with what filmmaker Andrew Jarecki clearly saw as, and treated as, a couple of bombshells in his years-long investigation of its subject, Robert Durst.

What the series do have in common, though, is the way they underscore the importance of creators anticipating that one of the forms enthusiasm takes is curiosity. And while pure appreciation may stay within the bounds set by the creator, curiosity, particularly in the age of the searchable internet, does not.

To recap: Sunday, hours ahead of the airing of the series finale, news broke that Durst had been arrested. Monday, he was charged with the 2000 murder of his friend, Susan Berman, one of three deaths or disappearances considered in The Jinx.

In addition to having been under suspicion in Berman's death, Durst had been investigated in the disappearance of his first wife in 1982 and acquitted, based on self-defense, in a case where he was charged with the 2001 shooting of a neighbor.

The final two episodes of The Jinx both ended with big kickers. Episode 5, which aired on March 8, wrapped up with Berman's stepson handing over to Jarecki a letter he'd discovered that Durst had written to Berman that seemed to share some handwriting characteristics, and which shared a misspelling of "Beverly Hills" as "Beverley Hills," with a letter the LAPD had received tipping them off to the location of Berman's body. Episode 6, which aired Sunday, was mostly about Jarecki, not Durst, as he and his crew wondered how best to use the letter.

Then came the final moment; the big kicker. As the film presented the scene, after the interview was concluded but while his microphone was still on, Durst went to the bathroom, where he started muttering to himself all manner of things that only sometimes made sense. "There it is. You're caught. You're right, of course. But you can't imagine. Arrest him. I don't know what's in the house. Oh, I want this. What a disaster. He was right. I was wrong. And the burping. I'm having difficulty with the question. What the hell did I do? Killed them all, of course."

And those words — "Killed them all, of course." — have become the ostensible coup de grace of the entire enterprise according to a whole lot of headlines. Of course, there are several ways to interpret this monologue; at times — like with "arrest him" — Durst seems to be channeling other people talking about him, rather than simply narrating his own acts. There seems to be at least some possibility that this episode will prove to be better television than evidence, even assuming it's admissible in a trial.

But what this kicked off among viewers, including but not limited to journalists and critics, was a series of further questions. When did Jarecki and his team turn the letter over to the police? Why did the timeline they seemed to lay out in the documentary, in which they interviewed Durst the last time after he was arrested in 2013 for violating a restraining order by hanging around his brother's house, not match the report in the New York Times that suggested the interview had taken place earlier, in 2012? Some of these questions came laced with criticism, but some were simply questions — people who wanted to know some of what they hadn't been told.

These questions aren't necessarily impossible to answer satisfactorily, but after talking to the Times and a couple of the morning shows on Monday, Jarecki and co-producer Marc Smerling canceled a series of scheduled interviews and appearances — canceled, in fact, much of what certainly seemed like a post-show victory lap following a bombshell finale, which was to include both news outlets (including NPR) and The Tonight Show — saying they couldn't make any further statements because they might be called as witnesses.

But that's a little weird, too. While they've said they didn't realize Durst would be arrested in the run-up to the finale, they certainly have to have anticipated that presenting a finale as damning as they clearly understood their ending to be could result in his being arrested. His having a trial at some point, in which they might be relevant witnesses, can't have been a complete surprise. There are fair questions, in other words, even about their decision to stop answering questions.

In tandem with the questions that folks were asking, the cancellations ran the risk of seeming nervous. Whether the producers were or were not surprised by the inquiries not only praising their piece but trying to double-check their work, and whether or not this came from their lawyers or other lawyers or whoever, suddenly canceling on everybody — including the not particularly aggressive Jimmy Fallon — reasonably raises that question. After Jarecki answered a question posed by the Times about the basics of the order in which a couple of key events happened with, "Yeah, I think I've got to get back to you with a proper response on that," the decision to go silent felt different than it otherwise would have.

A different but related phenomenon grew up around Sarah Koenig and the team behind Serial. They have consistently said that it had never really occurred to them to account for the possible onslaught of, in particular, Reddit-based sleuths who immediately began uncovering and publishing lots of information not included in the podcast, including information Koenig and her team had found and decided not to make public for a variety of journalistic reasons. At a panel earlier this year, she said this:

I guess the thing that it did, the thing that was good about it, was realizing how closely people were listening. Not everybody obviously, but there was certainly a slice of the audience who was listening super carefully. They were making graphs and pie charts and Excel spreadsheets. It made me as a reporter — I'm a very careful reporter anyway, because I care about it, but I'm too scared not to be, I'm not someone who likes to make an error public — but it just really reinforced like, 'Oh, we have to be so so careful. We can't mess up anything because we're being watched so so closely.' And I liked that. We were being careful anyway, but it was a constant reminder that any mess-up is going to be caught by this community that's watching very closely.

It's not that this suggests Koenig would necessarily have done anything differently if she'd anticipated Reddit, or anticipated all this double-checking before it happened. But it's fairly clear that they didn't see it coming until they were underneath it. And from this point forward, it's probably wise to anticipate it — to ask yourself as a documentarian, "How would unanticipated levels of success create enormous headaches for me?"

The internet has not changed human nature, but I think there's a good argument that it has changed the ways enthusiasm manifests. We talk a lot about how watching television and movies is so much more interactive because of discussion and analysis, and that's been widely discussed in terms of its application to the way people watch things like Mad Men and Lost and American Idol, as well as Scandal and the Super Bowl. And there's certainly no shortage of examples of people whose interactivity with what they watch or hear includes responding with enthusiasm that displays itself as negativity rather than positivity. Everyone has seen fandom morph into anger, enthusiasm into fury.

But The Jinx and Serial are both examples of how, particularly when there are real underlying facts to take further that are within reach of your audience, the very people who love your work the most should be expected to become curious about it, and that curiosity should be expected to expand beyond the boundaries of your original piece. If you're a documentarian (or a reporter, wherever that sometimes vexing line may be) it's easy to equate appreciation with trust — to assume that people who love your work will assume it's complete, or will take your word for your good judgment in whatever you've chosen to leave out. After all, that's your job. If they like your piece, presumably they think you can do your job.

But people don't do that. In fact, with a certain subset of fans, what they may conclude is not that you can do your job, but that they can do your job. It's a problem fictional storytellers don't necessarily face in quite the same form: you can complain about the ending of The Sopranos, but you can't do anything about it. You can, however, try to beat a documentary at its own truth-telling game, and the more popular it becomes, the more likely people may be to try to, in a sense, improve upon it, even if only by improving their own level of information.

One of the ironies here is that Jarecki was a producer of Catfish, a documentary that both was about the skeptical/investigative nature of online culture and was challenged by it. Not only is Catfish the story of a person encountered online who was investigated and found not to be what she seemed, but it is a movie that finds among its detractors a fair number of people who never believed the filmmakers were ever quite as taken in as they claimed to be.

Catfish is a movie that's been the subject of sometimes hostile curiosity; it would be interesting if Jarecki didn't anticipate this very thing — that for some people, having loved The Jinx would take the form of enthusiastic curiosity, of people wanting to push past the ending and figure out what he did when, when he turned over evidence, and so forth.

People who swoon over sleuthing don't always just admire it from afar like they're looking at fossils in a museum. People who swoon over sleuthing sometimes think, "I could do that." And they fire up Google. You can't necessarily stop them from doing it, but it's really important, if you make an entertaining documentary, to know that it can happen, and to be fully prepared for what you'll do. Because they may admire you, but they're also coming for you, and they've got smartphones.