Accessibility links
Does Fox's 'Empire' Break Or Bolster Black Stereotypes? The hip-hop drama ends its first season Wednesday as a huge hit, thanks to black viewers. But NPR TV critic Eric Deggans says it also has sparked a complex debate over TV stereotypes. 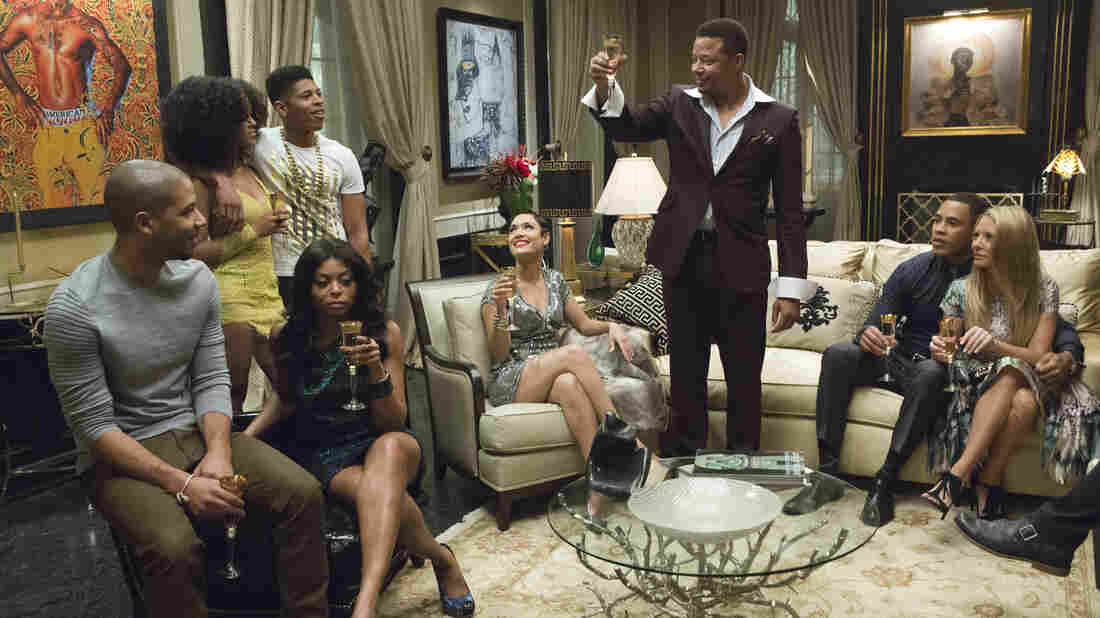 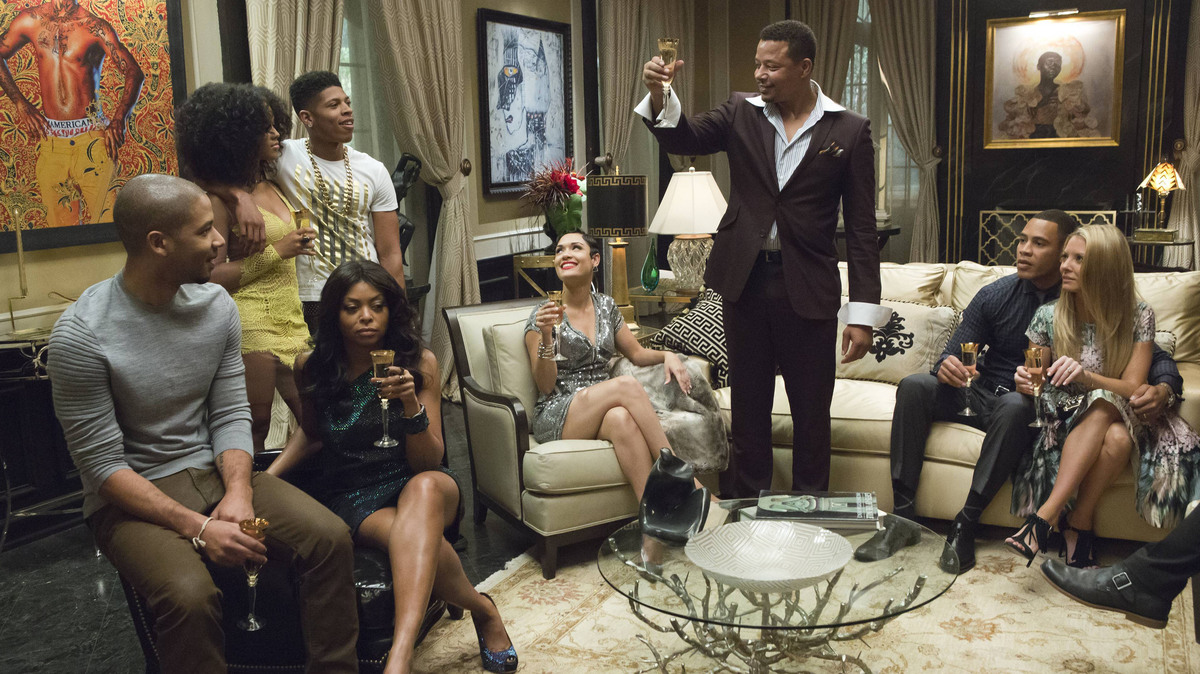 As its freshman season ends Wednesday night, Fox's hip-hop family drama Empire has emerged as that rarest of birds in the broadcast TV industry: a show where the viewership is always going up.

When the series debuted Jan. 7, it drew a respectable 9.8 million viewers, according to the Nielsen company. But then the show about a family-run music empire achieved something few others have ever managed: It increased its audience every week, growing to 14.9 million viewers on March 4.

Anchored by powerful performances from Oscar nominees Taraji P. Henson and Terrence Howard, Empire features unapologetically black characters operating in a mostly black world. So it shouldn't be surprising that, among the show's average 11.6 million viewers per week, Nielsen says 7.5 million of them are African-American.

But that's where the other controversy about Empire emerges. Because some critics say the show has earned its success by trafficking in "badly written dialogue and ham-fisted stereotypes."

Pundit Boyce Watkins denounced the "ghetto-fied hood drama" as "coonery" he refused to support. One commentary on GlobalSocial Media News Service asked, "Do we need to go back to the times when 'pimps, whores, drug dealers and gangsters' were glorified?"

Still, much as I like to call out stereotyping in media, I think these critics are off base. Empire is much more than a collection of horrifying black stereotypes, and it moves further away from such narrow characterizations with every episode.

To understand why, you have to look at how stereotypes are typically deployed in today's TV shows and how Empire plays with them — along with other nonwhite-centered series such as ABC's Fresh Off the Boat and Black-ish. 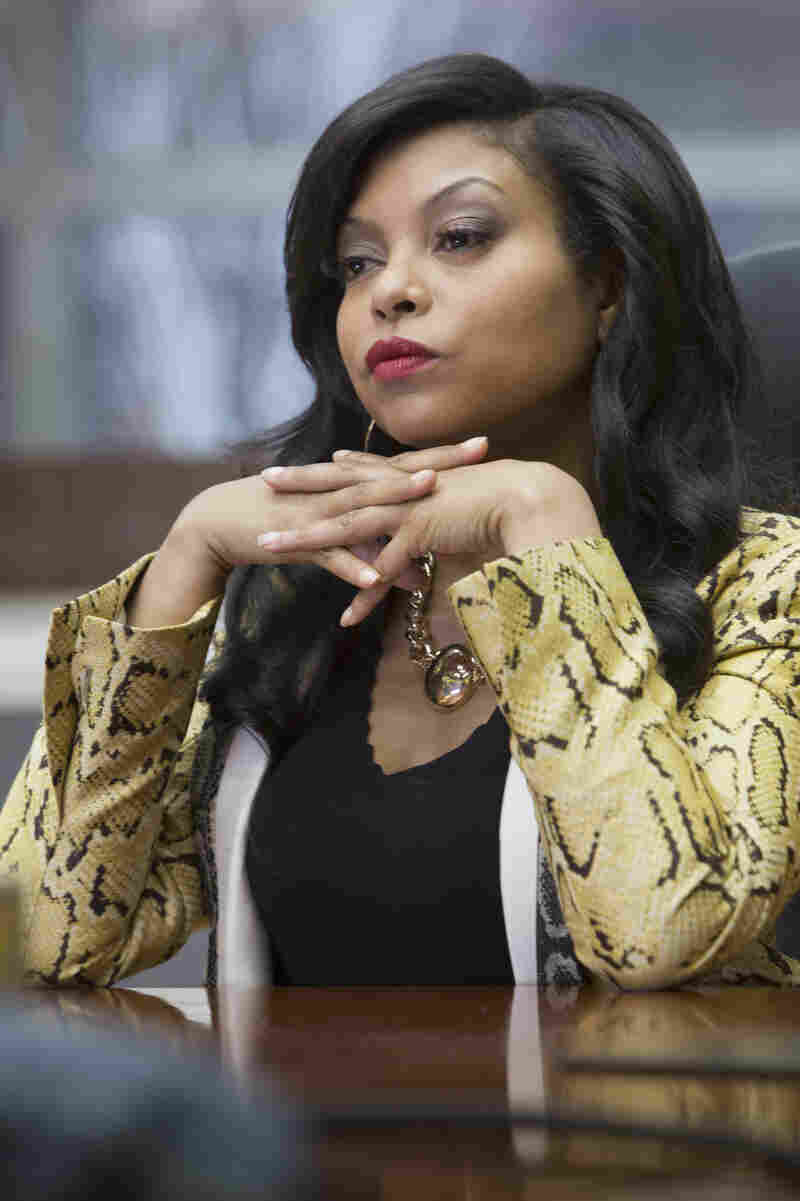 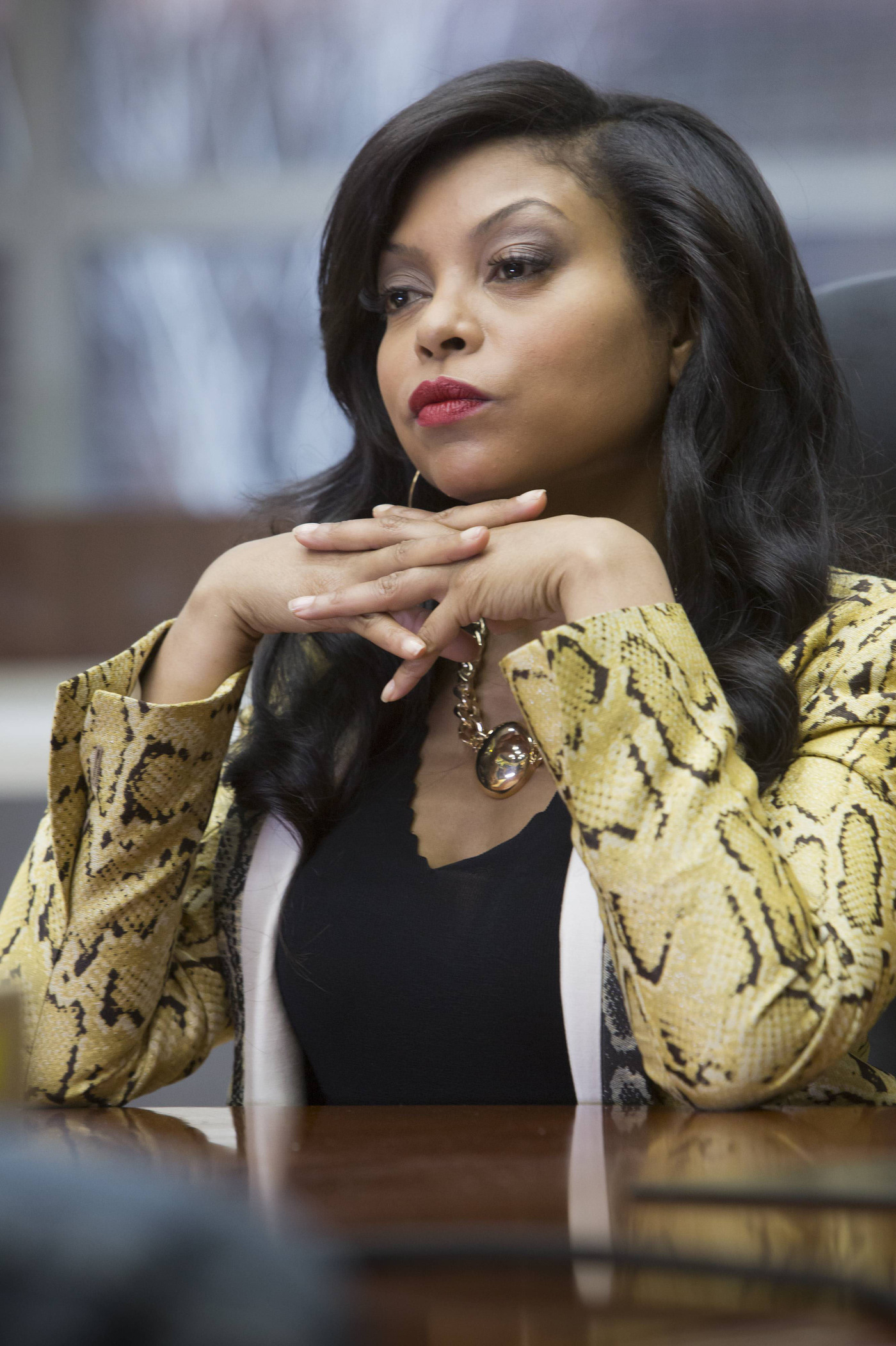 The biggest backlash centers on Henson's character, Cookie Lyon, an in-your-face matriarch who spent 17 years in prison. She took the rap for a drug deal gone bad so that her husband, Howard's drug dealer-turned-hip-hop mogul named Lucious Lyon, could build his career and their company, Empire Entertainment.

For some, Cookie is the embodiment of all the stereotypes black women face on TV. Dressed flamboyantly with floor-length furs, color-coded nails and eyelashes big as manhole covers, she's quick to anger and ready to throw down at a moment's notice — beating her youngest adult son with a broom when he disrespects her, while lovingly using the three-letter F-word to refer to her gay son.

Still, that sometimes-twisted motherly love is what helps keep Cookie from being an empty stereotype, according to Darnell Hunt, an expert on media and race who leads UCLA's Ralph J. Bunche Center for African American Studies.

"Exploring a character's humanity sidesteps a lot of pitfalls of stereotyping," says Hunt, a professor of sociology who co-authors the Bunche Center's annual report on TV and film diversity. He says scenes that show Cookie defending her gay son from his father's homophobia, her sharp intelligence and her struggle with continued romantic feelings toward Lucious help create a more fully rounded character.

This is something I also saw way back when HBO's The Sopranos was popular. Some Italian-American groups complained about the glorification of yet another Italian mobster figure, and they had a point. But the humanization of Tony Soprano and his family also helped move the characters beyond stereotypes to tell a broader story.

In Empire's case, it helps that the show has fleshed out some characters that were empty stereotypes when the show began. Early on, Empire presented Cookie and Lucious' eldest son, Wharton-educated Andre Lyon, as the picture of a clean-cut black sellout, with a white wife and few connections to black culture.

But in recent episodes, as Andre has struggled with bipolar disorder, we have seen him move from a cardboard villain to something more complex, with a wife who has stuck by him through his past mental issues in a way that deflates misconceptions about the emptiness of an interracial marriage.

Carole Bell, an assistant professor at Northeastern University who studies media, politics and identity, said many of the new shows on network television that feature nonwhite characters — including ABC's Black-ish and Asian American-centered Fresh Off the Boat — begin with more stereotypical characterizations that have broadened as the shows progress.

"I don't think Cookie is just a stereotype, but the character does reinforce some aspects of the stereotype," Bell says. "All these shows delve into a rich, specific ethnic culture, but they often start with the stereotypes. What makes all of these shows work is they have many elements — the characters aren't tokens, they're multidimensional, they're at the center of the plots. And the more diversity you have in characters, the more latitude you have; no one show has to represent all black people."

There are some simple ways to decode whether characters are empty stereotypes. Are they defined by their race or is race just a part of who they are? Do the characters of color sacrifice their own well-being regularly for the aid or comfort of white characters? Do they act out stereotypical pathologies for no logical reason? Are they isolated, with no other family, friends or lovers of color in a mostly white world?

But even the best portrayals of nonwhite characters can feature the double-edged sword of advancing some stereotypes while defeating others.

Hunt recalls how NBC's The Cosby Show tried to "re-code" black culture on TV, focusing on the upper-middle-class Huxtable family in stark contrast to comedies like Sanford and Son, What's Happening!! and Good Times, which presented black characters almost exclusively in poor neighborhoods.

But, Hunt says, some people also used the success of Cosby's characters to argue that racism and institutional inequities weren't holding black people back anymore, feeding into the politics of blaming poorer African-Americans for not working hard enough to succeed the way the Huxtables had.

It's an example of how, in a world where network TV is growing more ethnically diverse with more shows about more different kinds of nonwhite characters than ever before, questions of how those characters connect to long-running stereotypes become more complex.

"Often, you have to ask, are you reinforcing the dominant views of society or are you critiquing them?" Hunt says, noting that, for some shows, the answer to both his questions might be a "yes." "That's a difficult topic, sometimes."