Accessibility links
From Skid Row To Rome: The Story Of An Unusual Running Club A Los Angeles criminal court judge has organized a running club made up of residents from Skid Row's Midnight Mission. This weekend, the club is running far away from home. 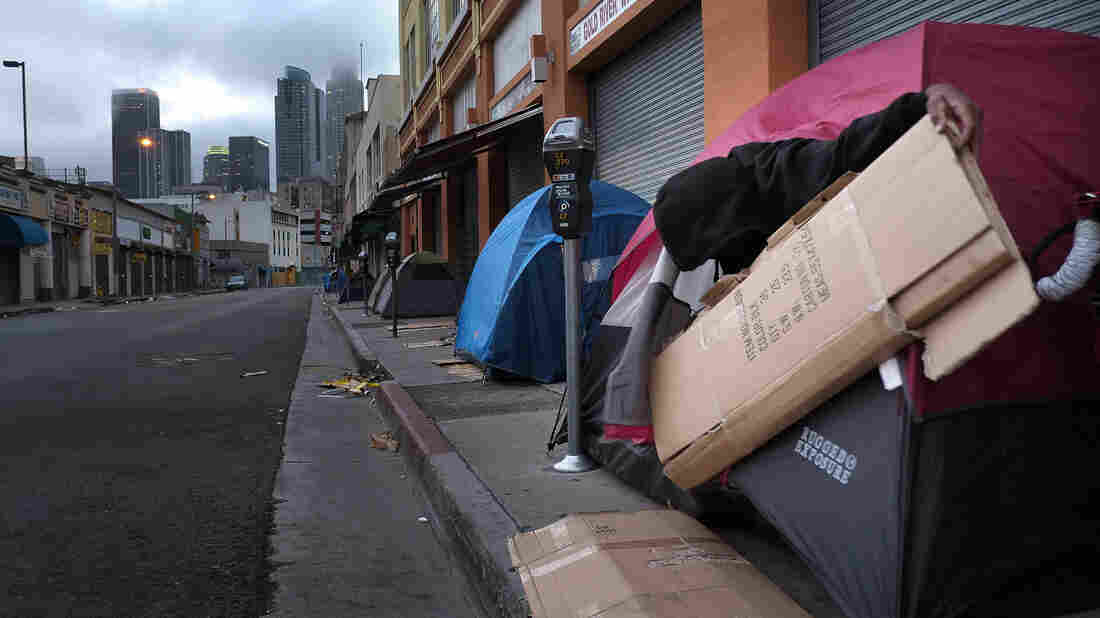 Skid row is home to hundreds of homeless people who pitch tents at night for shelter. But it is also home to a Midnight Mission running club, helping residents with homelessness and addiction. Jae C. Hong/AP hide caption 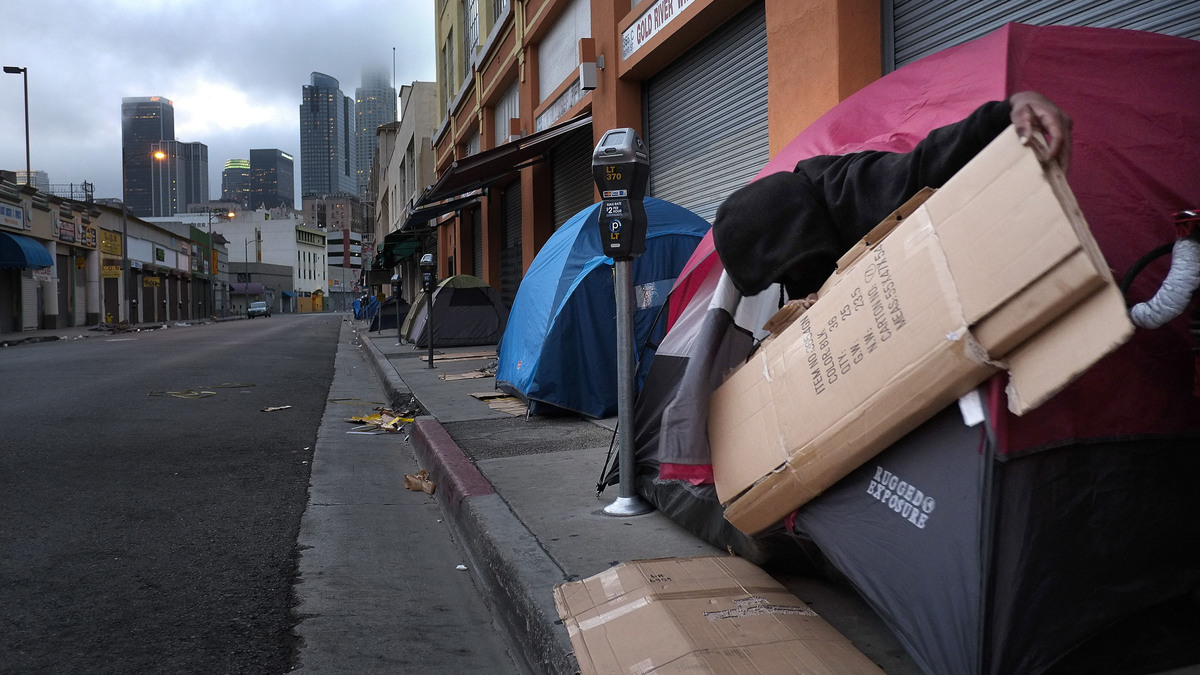 Skid row is home to hundreds of homeless people who pitch tents at night for shelter. But it is also home to a Midnight Mission running club, helping residents with homelessness and addiction.

Craig Mitchell is a judge in Los Angeles' criminal court, but he has an unusual sideline gig. He's one of the last people anyone would expect to find hanging out in Skid Row, known as a hub for LA's homeless community. But about four years ago, a man he once sent to state prison called him up and asked him to come down.

It's not a quiet place, even at six in the morning. People shuffle in and out of makeshift tents that line the sidewalks. A few yards away, about a half dozen men pass by doing something that would look perfectly normal almost anywhere else in LA: jogging.

They're members of a running club that Mitchell started at the Midnight Mission shelter and addiction center.

"When I came down here, I met with the president of the Midnight Mission," he said. "And we sort of put our heads together and came up with the idea of coming up with a running club."

Mitchell organized the club made up of some of the mission's residents who've battled homelessness and addiction. Together they run nearly six miles down streets and across bridges. For many members, running's been key to recovery.

One of the club's first members was Ryan Navales. Before landing at the mission, he'd been homeless for more than a year. Alcohol and drug addiction had cost him apartments, jobs and relationships.

"The most recent one was my daughter and her mom," he says. "You know, that was a really big thing. I just couldn't stay sober. So when I came here, I was really out of options. It just didn't seem like it was ever really going to change."

Running became a big part of Navales' recovery. The physical exercise gave him a boost, and so did the unexpected friend he found in Mitchell.

"He saw us for who we are," he says. "And he treated us like equals. That was important in those early stages. You know, trying to find some kind of self-worth and some self-confidence and some positive momentum in life."

Today, Navales has been sober nearly five years and sees his daughter regularly. He's moved to an apartment and now works at the mission. He's still a member of the running club, and one of about 20 members participating in the Maratona di Roma (Rome marathon) this weekend in Italy.

To get ready, Mitchell takes a field trip with a bunch of them. He stops to buy some of the runners new gear.

"We're buying about 15 pairs of shoes tonight," he says. "You can't run a marathon in raggedy shoes. So it'll be great."

Mitchell is also paying part of the $77,000 tab for the Rome trip. Runners who can afford it have chipped in too. Besides the mission's current and former residents, the club includes a handful of professionals from around the city. Although expensive, Mitchell says he's gotten plenty in return for his investment.

"A real boon to my own life is meeting people who have unique attributes, qualities, personalities, etc. and to partake of that," he says. "I won't forget these encounters that I've had with these guys."

One of them is Eduardo Alvarado, a runner who's lived at the mission since last summer. He never thought he'd run a 26-mile race.

"Not in a million years, no. Especially to Rome," he says. "I mean it's like, I can't believe that this is happening, you know?"

The Midnight Mission running club laces up its sneakers for the Rome marathon on Sunday. The starting line is right in front of the 2,000-year-old Colosseum, a long way from Skid Row.