Accessibility links
A Cop-Turned-Crime-Writer's Unique Portrait Of Pakistan Omar Shahid Hamid left the Karachi police after threats from the Pakistani Taliban — but as he tells NPR Asia Editor Nishant Dahiya, he's used that time to write a crime thriller called The Prisoner.

A Cop-Turned-Crime-Writer's Unique Portrait Of Pakistan

A Cop-Turned-Crime-Writer's Unique Portrait Of Pakistan 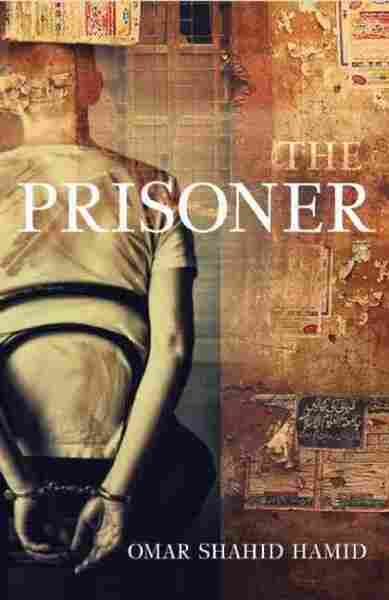 Omar Shahid Hamid started off as a cop, and his decision to become one was deeply personal: When he was still in his teens, his father, a senior civil servant in Pakistan, was assassinated. "In the subsequent police investigation," he tells me via email, "I saw close up the good and bad points of the police in a country like Pakistan, where, due to a lack of institutions, what individuals did, good or bad, had a much greater impact on people's lives, than say, a cop working in London or New York. I joined the police because I felt the potential difference I could make was substantial."

Hamid went on to serve on Karachi's police force for 13 years. He's been on a sabbatical for the past four years, due to threats made against him by the Pakistani Taliban, and he's used those years to pen an exhilarating crime novel, The Prisoner, set in Karachi. Inspired by the real life kidnapping and killing of Wall Street Journal reporter Daniel Pearl in 2002, it centers on an American journalist who's gone missing, and the police and intelligence agencies who are trying desperately to find him as the Americans breathe down their necks.

Hamid's portrayal of the city, the police, and the byzantine political play is nuanced and sophisticated. Karachi is Pakistan's largest and most vibrant city, and he lays it bare as only someone who has lived and worked there could. Hamid says the point of the book was "to portray an image of the police that was realistic. Are they corrupt? Yes often. Are they used as pawns in bigger political games? Absolutely. But despite all of these restrictions and impositions, are they ordinary people who sometimes do extraordinary things? Absolutely."

The Prisoner contains some thinly veiled references to real people and political parties in Pakistan. You go to some lengths to explain their motivations and the moral ambiguities of their world, but you don't exactly flatter them, either. You were attacked on more than one occasion when you were in the police force — and yet you've chosen to write a book that has probably made no one happy. Why did you decide to do it?

It was interesting that when the book came out in Pakistan, the reaction from many people was of amazement. There were people who, despite having lived in the city for years, had no inkling of the world that existed. So overall, the feedback I have received has been one of enlightenment. Many people also said it helped to give them a more nuanced view of the trials and tribulations of ordinary cops and why they sometimes have to do what they do. I decided to write the book because I felt that when I joined the police, the police was a body with so many fascinating stories, but no one to tell them, because the world of the police was very fraternal and tight, so outsiders had no ingress into the kinds of internal stories we possessed, while I, as an insider, had a unique perspective to share those stories with the outside world.

I was particularly intrigued by your protagonist, Constantine D'Souza, who's a Christian. How did you choose him? Christians only make up a tiny percentage in what is an overwhelmingly Muslim country.

I thought making one of the protagonists Christian would be an interesting plot line. In my time in the service, I knew several Christian police officers, and I found it fascinating to think about how they were perceived and how they perceived the culture of the society and the police. The most interesting insight was that Christians in the police did not necessarily come across as an oppressed minority.

You write with great feeling about Karachi and have some wonderful descriptions of the city, from the decrepit slums of Orangi to the posh shopping district of Zamzama. Pakistan's largest city, in your writing, also comes across as this great, divided, ungovernable metropolis.

I think that is the beauty of Karachi, its seeming ungovernability, its casual violence, but its resilience and industriousness as a city despite all that ails it. I have tried to give as realistic a portrayal of the city as possible.

Nishant Dahiya is NPR's Asia Editor. He tweets at @nprnishant.