Can robots think and feel? Could there be a day when computers control our lives?

Watch the Spike Jonze movie Her, in which Joaquin Phoenix falls in love with an operating system (voiced by Scarlett Johansson), and you get the sense days like these might be just around the corner.

There's a similar vibe to Missy Mazzoli's Vespers for a New Dark Age, a 30-minute suite for singers, chamber ensemble and electronics, which inhabits the sometimes disturbing intersection between technology and humanity. The piece, commissioned by Carnegie Hall for the 2014 Ecstatic Music Festival, takes up the bulk of her new album of the same name, to be released March 31. 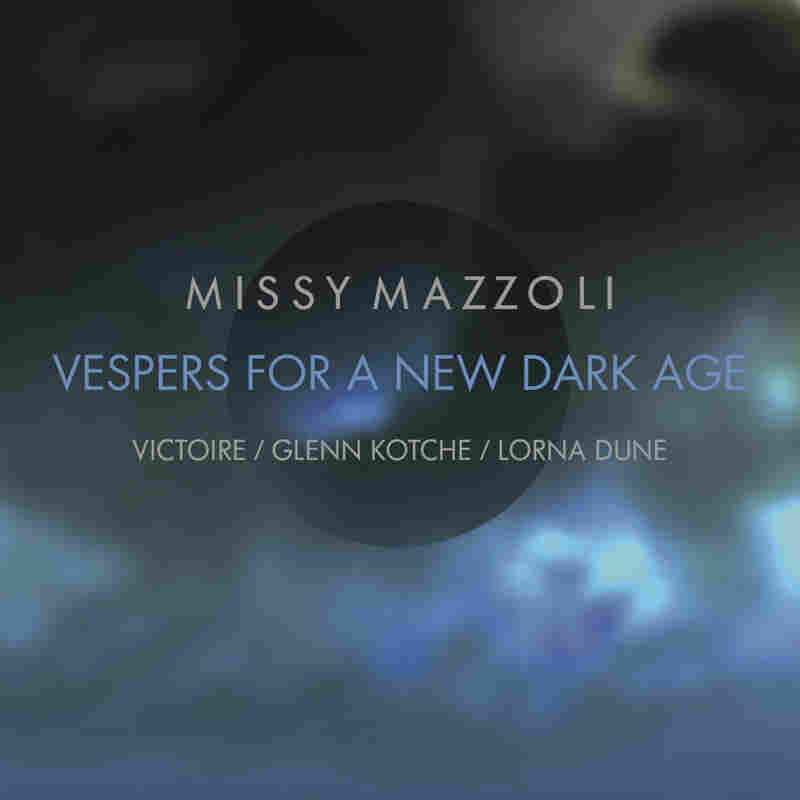 Mazzoli's Vespers is an ominous twist on an ancient musical and religious tradition — the evening Vesper prayer service observed in many Orthodox, Catholic, Anglican and Lutheran churches. A "distorted, wild, blasphemous take," Mazzoli says in the album booklet.

Constructed as a suite of eight connected pieces, Vespers aims high, questioning our connections to technology, death and God. Instead of sacred texts, Mazzoli turns to contemporary poet Matthew Zapruder for lines like: "hello lord / sorry I woke you / because my plans / are important to me / and I need things / no one can buy / and don't even know / what they are / I know I belong / in this new dark age." Is it a plea from us, or from some computerized version of us?

Although the song "A Thousand Tongues," which closes the album, is not part of Mazzoli's Vespers, it feels like it could be. (The title and lyrics come from Stephen Crane: "Yes, I have a thousand tongues, / and nine and ninety-nine lie.") The remix, by Victoire keyboardist Lorna Krier (as Lorna Dune), falls somewhere between electronica, chamber music and the dreamy Twin Peaks soundtrack.

Traditional vespers are filled with songs of rejoicing and praise to God. Mazzoli's Vespers ends with a forbidding final line: "I have done my best to leave / behind this machine / anyone with a mind / who cares to enter."