Accessibility links
Review: The Soft Moon, 'Deeper' Amid the clipped one-word titles and ominous synthesizers, there's a desperation to connect — and a soundtrack for dancing. 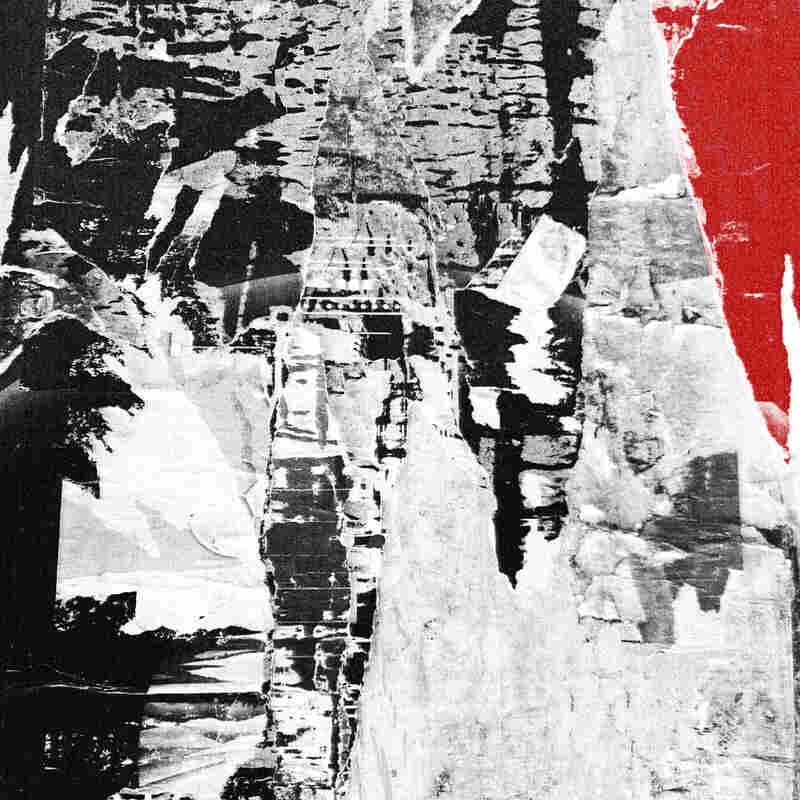 Every song on Deeper, the stunning new album from The Soft Moon, bears a one-word title. The synth-based project, which revolves around singer-songwriter Luis Vasquez, has always struck a minimal tone. But on Deeper, Vasquez has distilled The Soft Moon's sound into something even more severe.

It's not a departure by any means. As with previous releases, including 2012's icy Zeros, Vasquez draws on the minimal wave synthesizer drones of the '80s while synching up with 21st-century digital crispness. And he hasn't shied away from his usual font of topics, which include depression, nihilism and oblivion. Rather than vying with the forces of darkness, though, Deeper is an exercise in capitulation. Adrift in a sea of technology, Vasquez just lets himself be swallowed up. The result is unnerving, but it's also tenderly, eerily gorgeous.

Make no mistake: Beneath all the automation and alienation, Vasquez writes pop songs. One of Deeper's most foreboding tracks, "Black," may be punctuated by industrialized, piston-like hisses, but it's also sinks a thick, one-chord hook into its mechanical guts. On "Wrong," he duets with a distorted, almost robotic version of himself in a devil/angel dialogue that's made even more unsettling by the surgically choppy arrangement. The synths on "Try" are more organic, hovering and swarming menacingly; "Desertion" makes room for subtle pulses of near-shoegaze atmosphere. But even when Deeper's title track launches into a frenzy of tribal bears and a menagerie of modulated noises that imagines some mechanized zoo, Vasquez makes it hypnotic.

Things get more melodic by a mile on "Far." Propulsive and downright danceable, the song unleashes serpentine coils of synths while Vasquez stretches out as a singer, imbuing his existential melodrama with a beautifully breathy tone. "I was born to suffer / It kills my mind," he sings, then adds, "Take me far away / To escape myself." That he can turn such sentiments into a veritable singalong is a testament to his perverse power as a songwriter.

"Wasting," as its title hints, is a bit less energetic, but its glacial rhythm and pinprick synths are heightened by Vasquez's most intimate vocal on the album — that is, not counting "Without." Deeper's quietest cut, it opens with leadenly plunked piano before giving way to Vasquez's ethereal croon: "Without you in my heart," he chants, too overcome with loss to complete the thought. Instead of sounding histrionic or simply goth, it's a harrowing study in the passionate embrace of dispassion.

If it seems like being raised on a steady diet of The Cure and Depeche Mode might help prepare you for Deeper, you'd be right. That said, Vasquez is shooting for something with far more dimension and soul. "I can't see my face / I don't know who I am / What is this place?" he whispers at the start of "Being," and it's a spine-chilling confession — one that becomes downright terrifying as the song dissolves into a howling loop of static. That harshness is harnessed most effectively on "Feel." Whittled down to its ghostly essence, it's catchy, danceable and exquisitely sequenced, with pinpricks of synths weaving a stark yet intricate anthem for doubt on an epic scale. "I feel so shallow inside / I feel so empty inside / Why am I alive? / Why are we alive?" Vazquez sings with haunted desperation, zooming out from the personal to the universal. As with the rest of Deeper, it's not easy listening — but The Soft Moon delivers it with a cold conviction that's as lovely as it is lonely.