Accessibility links
Review: Ryley Walker, 'Primrose Green' Walker has developed into a thoughtful singer-songwriter who follows a tangled thread, evoking the '70s, when unplugged music could pick the body electric. 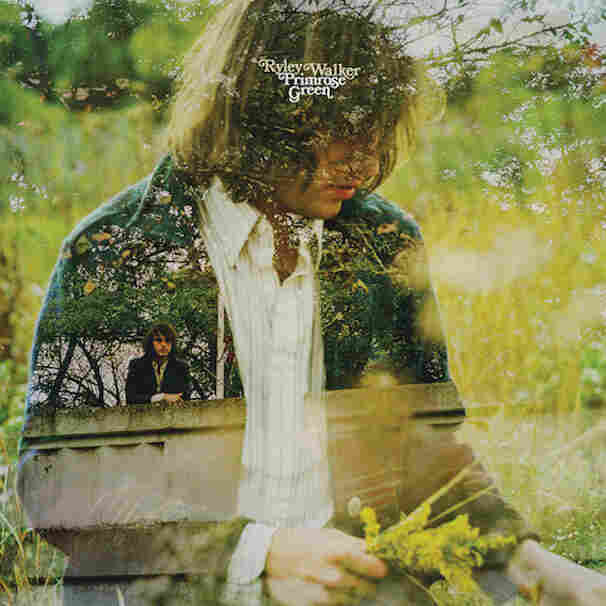 Ryley Walker walks into the D.C. bar where his band is set to play, carrying two acoustic guitar cases and an amp. A friend, singer-songwriter Marian McLaughlin, offers help but Walker flashes a smile and says, "Nah, thanks, this is punk rock," then somehow extends a hand to shake and hustles upstairs. It recalls a moment nearly nine years prior, at a venue just around the corner, when another acoustic guitarist, Jack Rose, asked a seated audience to stand up: "This is rock 'n' roll," he said. In both cases, Walker and Rose politely declined the quiet coffeehouse attitude toward the unplugged and demanded something unruly.

Like Rose, the Chicago-based Walker also comes from a noisier past that led to exploration in acoustic music. But where Rose looked to fingerstyle masters like John Fahey and Robbie Basho, Walker evokes the '70s, when unplugged music could pick the body electric. With Primrose Green, Walker has developed into a thoughtful singer-songwriter following a tangled thread, one picked at by the likes of Tim Buckley, John Martyn, Van Morrison and in 1969's Streetnoise, a folky progressive-rock record by Julie Driscoll, Brian Auger & The Trinity.

The opening title track of Primrose Green doesn't even wait 10 seconds to spiral. Walker's springy picking pattern bounces off a sparsely sparkling piano, a bass line skips instead of walks, and the drums are so jaunty that the whole scene evokes a guy with a straw dangling from his grinning mouth and a cheap beer in hand. But it's all intricately arranged. That's due in no small part to the Primrose Green band, a stellar mix of the Chicago jazz (drummer Frank Rosaly, cellist Fred Lonberg-Holm, bassist Anton Hatwich and vibraphonist Jason Adasiewicz) and experimental/rock scenes (keyboardist Ben Boye, electric guitarist Brian Sulpizio, violist Whitney Johnson).

The same playful wandering can be heard in the busy, electric Miles-inspired "Love Can Be Cruel" and "Summer Dress," a full-band exercise led by Hatwich's funky upright bass and Adasiewicz's whirling vibes that imagines Tortoise backing a cosmic Van Morrison. But what pushes "Summer Dress" over the edge is Walker's voice, clawing out of his chest to spread rose petals. He can also coo a country rocker like "On the Banks of the Old Kishwaukee" or the quiet "The High Road," backed by cellist Lonberg-Holm.

But it's when Walker slowly whispers his way to a soul-clearing yawp that we hear the full range of not only his vocal abilities but also what they inspire in his band, most satisfyingly experienced with the chooglin' "Sweet Satisfaction." It gives Sulpizio a chance to burn the mind fuzz with Rosaly's aerobic power-drumming, channeling the soulful avant-shred of Sonny Sharrock leading the '00s psych-wizards Comets on Fire in an ecstatic worship service.

Primrose Green may take notes from shaggy-haired '70s dudes — hell, just look at the cover art — and root itself firmly in Walker's dexterous acoustic guitar skills. But its spirit is beyond and is unruly. This is rock 'n' roll.