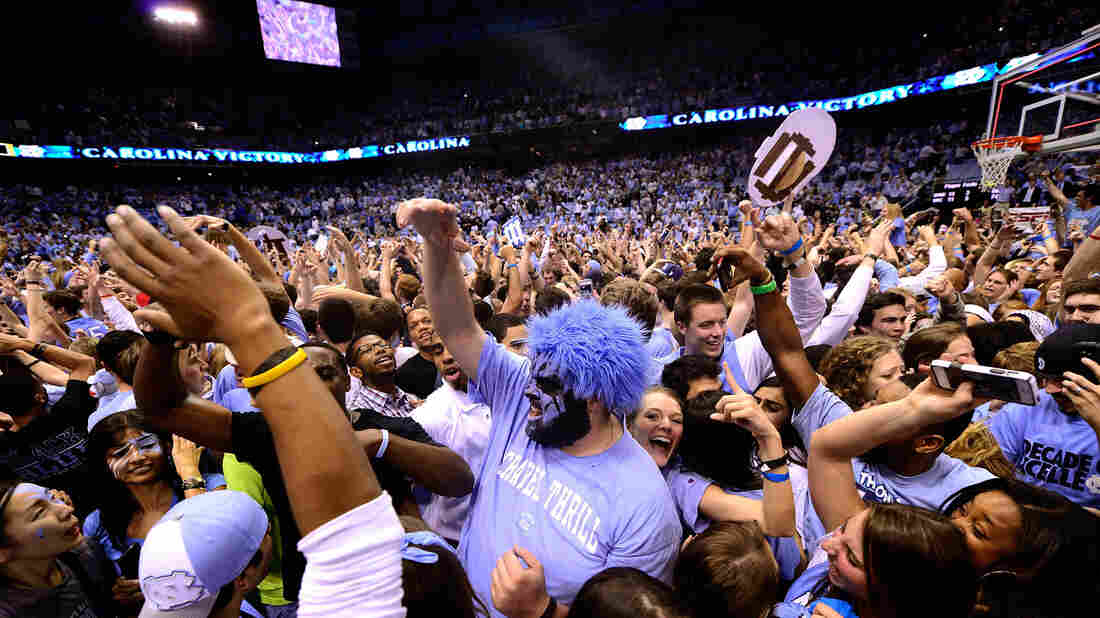 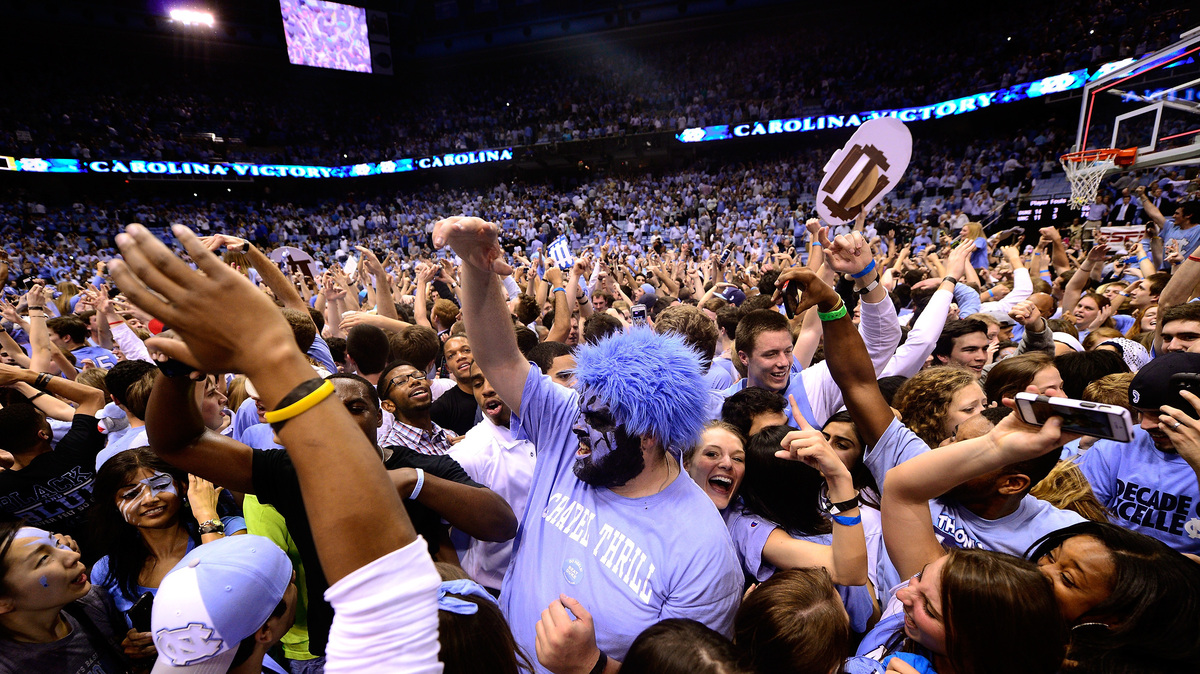 UNC basketball fans storm the court after a win over Duke in 2014.

March Madness is college basketball's annual shining moment, and few schools have shone as bright or as long as the University of North Carolina, Chapel Hill. The Tar Heels have been in 18 Final Fours and won the national championship five times, most recently in 2009.

But today, UNC's athletics are also known for something else entirely: a massive academic fraud scheme. In Cheated: The UNC Scandal, the Education of Athletes, and the Future of Big-Time College Sports, UNC history professor Jay Smith and Mary Willingham, who worked with UNC athletes as a learning specialist, detail the scheme and the attempts to cover it up.

They tell NPR's Robert Siegel about the scheme and the ways that many participating faculty members explain their involvement. 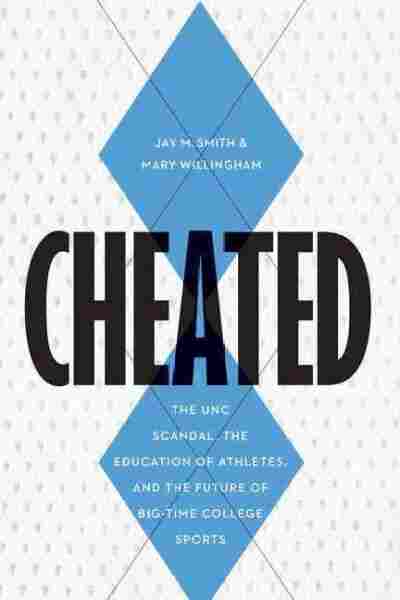 The UNC Scandal, the Education of Athletes, and the Future of Big-Time College Sports

On how the scheme worked

Mary Willingham: Students were steered, or enrolled, by academic counselors — academic advisers that worked in the athletic department — to a lot of "paper classes" that were offered in the African-American studies department. And we traced the history of this system back, in the book, to the fall of 1988. I worked in the Academic Support Program for Student-Athletes from 2003 to 2010, and I became aware of this system shortly after I arrived. ...

We told athletes to [go] to the African-American studies department, to the office manager, and get a prompt. And they would then go to the library or, with our assistance, just cut and paste from online material, or we would put something up on the screen that they would copy. And then they would just turn it in. No one really ever read them. They were always graded A or B.

On a course in which the professor only considered test questions the student answered — so, if a student only answered 11 questions out of 20, he was graded out of 11

Willingham: That was in our School of Ed, of all departments. [In] the School of Education, we had a gentleman who taught a class — it was about public schools and about public education and about education here in North Carolina. So ironic. Many, many athletes over the years took this class because it only met one night a week for three hours. Many of them slept through it or left at the break. And then there was just one test at the end, and you really only had to answer the questions that you knew or you thought you knew. And you would get a C or a B or an A. It depended on if he liked you or not. You know, you needed to make nice with him, too. It was ridiculous.

Jay Smith: Basketball players in particular are rumored to have done yardwork for this professor, to have had dinner at his house. He was very, very chummy with the athletes. That phenomenon of the "friendly faculty" member is universal. Every campus has some. And they represent curricular weak spots — soft spots that will be taken advantage of systematically.

Willingham: I worked with a lot of people, and I actually felt that way for a long time myself. I felt like at least I was, you know, giving the opportunity to these young men to come to college and have some sort of a college experience and play their sport, which they were happy doing. So yes, I understand the sentiment. I understand the feelings. But I'm a mother. I have three kids and I wouldn't want anyone to treat them the way that these young men — and the way that I participated in this system of fraud — I wouldn't want my kids to be treated this way.

Willingham: The difference is that we needed to keep players eligible. These students ... their transcripts are littered with other pass-through classes in drama, in geology, in philosophy. Not just, you know, like maybe you or I, where we had some of those classes but we still had a major and got a decent education. The NCAA and its member institutions are promising these athletes a world-class education, and that's not what they're getting at all. Not even close.

Smith: There were varying levels of awareness. I mean, there were plenty of academics — the majority, I would say, across the campus — who knew nothing at all. But there were plenty others in and around that department who had administrative contact with that department in one way or another, who had to have been aware in one way or another. And some administrators, some deans, surely had to have suspected that something was amiss. But it was more convenient to look the other way.

Smith: We're No. 1 ... let's get that straight: UNC is No. 1. But these pressures are applied to university faculties all over the country — faculties and administrators — because it's the same game being played. What I think sets off the UNC case, in addition to being such a long-running scandal — 20 years-plus — is that our administrative leadership has been exceptionally reluctant to admit the meta-cause, the basic cause of all of the fraud, which is the need to keep athletes eligible. They just won't talk about it. ...

The current system is a mandate for fraud. It basically requires fraud and make-believe games.

Read an excerpt of Cheated