Accessibility links
Songs We Love: Torres, 'Sprinter' On the dizzying title track from her career-making new album, Torres sings of flailing against confinement like a talented but rebellious teen while the track rises and falls like a pubescent mood.

Torres' 'Sprinter' Is A Portrait Of Potential Running Wild 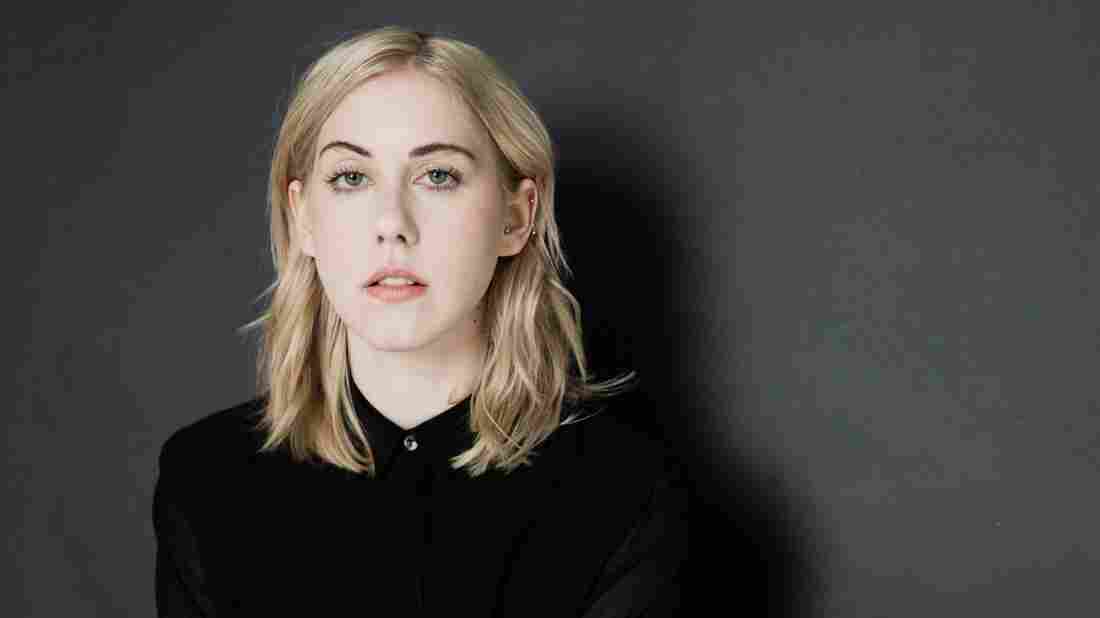 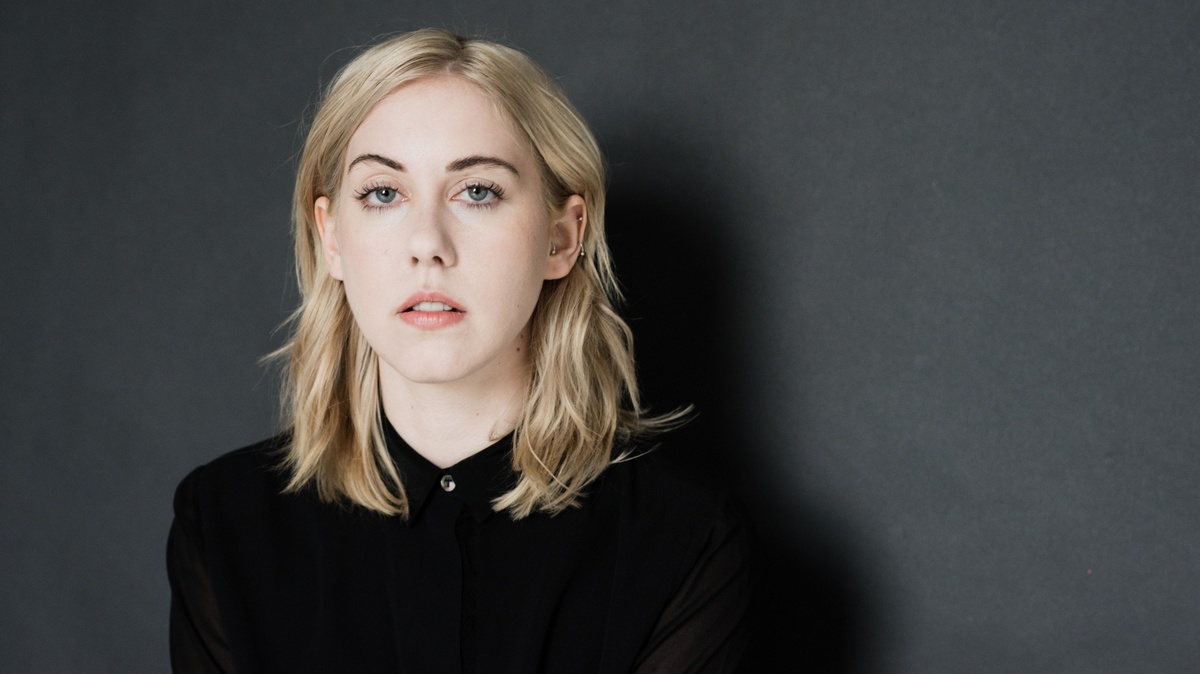 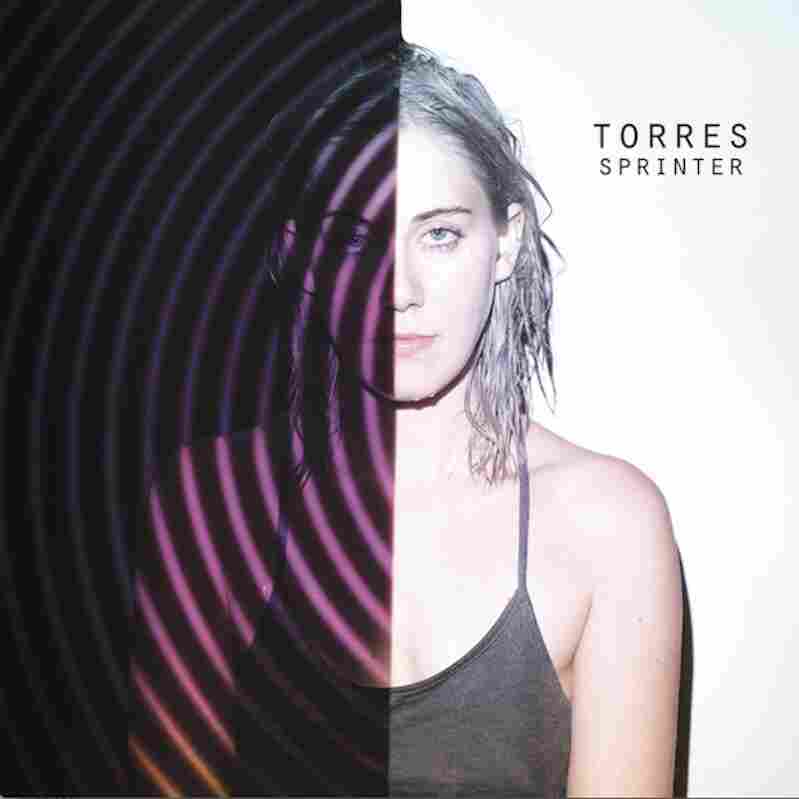 Sprinter comes out May 5 on Partisan Records. Courtesy of the artist hide caption

Walk America's motor-mown playing fields on a Sunday afternoon, past baseball diamonds that look like half-hewn crop circles and running tracks cut in dirt or clay. See the swarms of children neatening themselves into game formations, each one trying to tamp down nervous energy and make her talent behave. Skinny legs protrude from nylon shorts quickly pulled on after the church clothes come off. Mothers sit and knit on the sidelines in collapsible chairs. Fathers stand, ready to go to the snack bar or sneak a cooler beer; ready to yell. This is fun? One or two kids run like thoroughbreds toward a victory, and in those moments, everyone agrees: The vigor of the game gets bodies strong, the discipline will guide players toward successful adulthood. And the yelling, the sadness of the weak player who's never put in, all that can be silenced by the snap of the team picture.

But then there's the wild kid, who runs the wrong way, who drops the ball maybe on purpose, who says to her mother in the car after the game, I don't want to do this any more. She'll be back. The coach convinces the parents. The child is so fast, and her potential has become her punishment. She squanders it magnificently. Her friends don't get her any more. After the game, she always ignores them; she goes to her room and writes her insecurities in tight lines that spill beyond the borders of her spiral notebook. Nearing sunset on Monday, a day free of practice, she will sneak through her backyard fence and go to the field and run and run and run and run.

"Sprinter," the title track from Torres's career-making new album, to be released in May, reveals this child: how she suffers, and finally, willfully thrives. Belittled and betrayed within the not-so-safe space of her religious upbringing, Scott's sprinter runs in circles, gets into a lather. The song's lyrics are both particular and philosophical. Whether it's straight-up biography from Mackenzie Scott's Christian youth in Macon, Georgia only matters if truth-telling is what it took to achieve the tight perspective that makes "Sprinter" both dizzying and forcefully clear. This kid who runs away and runs back and finally decides to outlast what endangers her — "if there's still time, I'll choose the sun" — could live in any town whose main roads are lined with overlit parks and recently constructed churches.

"Sprinter" rises and falls like a pubescent mood. Scott is playing in a quartet with three masters of dynamically complicated rock — producer/drummer Rob Ellis and bassist Ian Oliver, frequent collaborators with Polly Harvey, and guitarist Adrian Utley of Portishead. The grinding guitar riff that frames the song's narrative embodies the push to achieve that every parentally-monitored child internalizes and dreads, an airier, spookier guitar line shows how that drive unravel. The distortion that overtakes the song midway feels like questioning, self-doubt, refusal. But the quietude that descends, that sunset feeling, as Scott modulates her fighting wail into a murmur. The moment has the impact of a chatty kid going silent, looking an adult in the eye. Are you listening?

The fact is, every child is a sprinter, flailing toward small victories, trying to prove her worth in incremental bursts, and every adult holds the memory of that desperate effort. "There's freedom to, and freedom from," Scott sings halfway through this sprint that turns into a marathon. "And freedom to run from everyone." Every child who's crushed grass beneath sneakers knows what it's like to wish the race could take her into open space. "Sprinter" creates that free zone, circles back on it, and ends up on a finish line of its own creation.