Accessibility links
Payday Loans — And Endless Cycles Of Debt — Targeted By Federal Watchdog The Consumer Financial Protection Bureau is readying new regulations on payday loans and other high-cost forms of credit. Officials with the agency say the loans can trap borrowers in a cycle of debt. 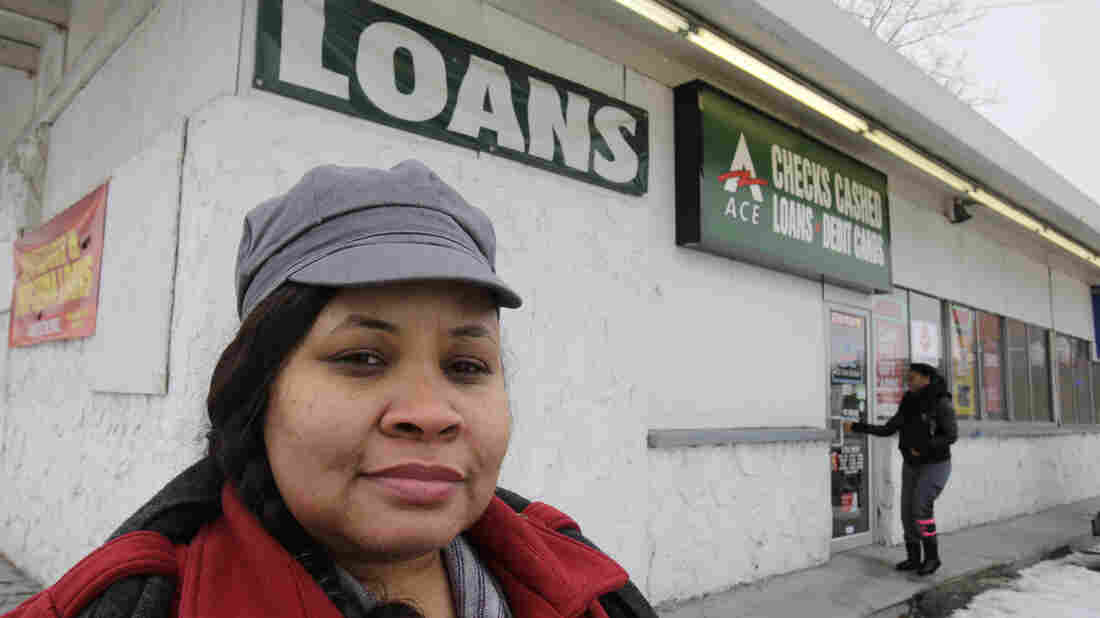 Maranda Brooks stands in January outside a payday loans business that she used to frequent. Troubled by consumer complaints and loopholes in state laws, federal regulators are proposing expansive, first-ever rules on payday lenders, aimed at helping cash-strapped borrowers from falling into a cycle of debt. Tony Dejak/AP hide caption 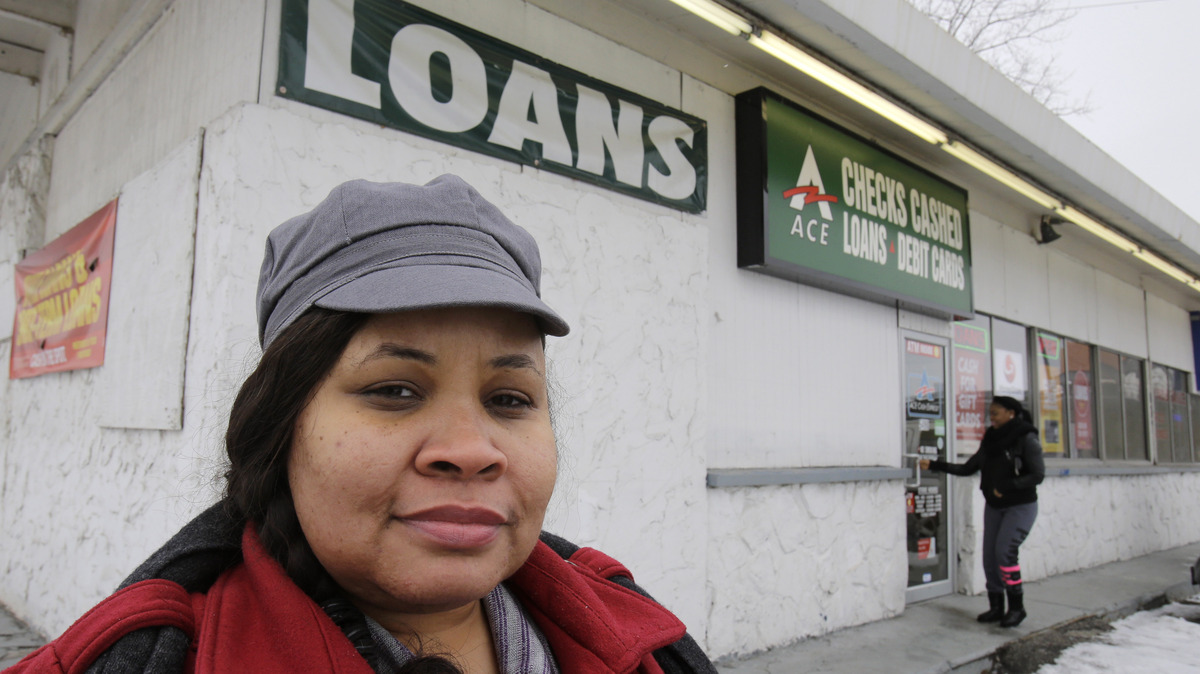 Maranda Brooks stands in January outside a payday loans business that she used to frequent. Troubled by consumer complaints and loopholes in state laws, federal regulators are proposing expansive, first-ever rules on payday lenders, aimed at helping cash-strapped borrowers from falling into a cycle of debt.

For millions of cash-strapped consumers, short-term loans offer the means to cover purchases or pressing needs. But these deals, typically called payday loans, also pack triple-digit interest rates — and critics say that borrowers often end up trapped in a cycle of high-cost debt as a result.

Now, the Consumer Financial Protection Bureau is preparing to unveil a framework of proposed rules to regulate payday lenders and other costly forms of credit. The federal watchdog agency is showcasing those proposals Thursday, the same day that President Obama spoke in Alabama, defending the agency and its work.

"The idea is pretty common sense: If you lend out money, you have to first make sure that the borrower can afford to pay it back," Obama said. "This is just one more way America's new consumer watchdog is making sure more of your paycheck stays in your pocket."

The new rules would very likely affect consumers like Trudy Robideau, who borrowed money from a payday lender in California to help cover an $800 car repair. When she couldn't repay the money right away, the lender offered to renew the loan for a fee.

"Ka-ching," Robideau said. "You're hooked. You can feel the hook right in your mouth. And you don't know it at the time, but it gets deeper and deeper."

Before long, Robideau was shuttling to other payday lenders, eventually shelling out thousands of dollars in fees.

The Weird Inner Workings Of The Payday Loan Business

"I was having to get one to pay another," she said. "It's a real nightmare."

When Robideau first spoke to NPR back in 2001, payday lending was a $14 billion industry. Since then, it has mushroomed into a $46 billion business. Lenders have also branched into other costly forms of credit, such as loans in which a car title is used as collateral.

"What we want is for that credit to be able to help consumers, not harm them," said Richard Cordray, director of the CFPB. "What we find is that consumers who get trapped in a debt cycle — where they're having to pay again and again, fee after fee — is actually quite detrimental to consumers, and that's what we're concerned about."

Cordray suggests that one solution is to require lenders to make sure borrowers can repay a loan on time, along with their other monthly expenses.

That kind of review was a "bedrock principle" of traditional lending, Cordray said in remarks prepared for a Richmond, Va., field hearing. But many payday lenders "make loans based not on the consumer's ability to repay but on the lender's ability to collect."

Because payday lenders have automatic access to a borrower's bank account, they can collect even when a borrower is stretched thin.

"If you're behind on existing bills, for any legitimate lender that's a red flag," said Michael Calhoun, president of the Center for Responsible Lending, a consumer advocacy group. "For the payday lenders, that's often a mark of a vulnerable and profitable customer, because they will be stuck."

Payday lenders say they might be willing to live with an ability-to-pay test, so long as it's not too costly or intrusive.

"It only makes sense to lend if you're getting your money back," said Dennis Shaul, CEO of the Community Financial Services Association of America, a payday industry trade group. "Therefore the welfare of the customer is important. Now, so is repeat business."

In fact, repeat borrowers are the heart of the payday business. Government researchers found that 4 out of 5 payday borrowers had to renew their loans, typically before their next paycheck. And 1 in 5 renewed at least seven times, with the accumulated fees often exceeding the amount originally borrowed.

Regulators are also considering alternatives to the ability-to-pay standard, including limits on the number of loan renewals, as well as mandatory repayment plans. Other proposed rules would crack down on costly collection practices, requiring lenders to notify borrowers three days before taking money out of their bank accounts and limiting the number of withdrawal attempts.

Wynette Pleas of Oakland, Calif., ended up with hundreds of dollars in overdraft fees after a payday lender repeatedly tried to collect from her account.

"They make it seem like it's so convenient, but when you can't pay it back, then that's when all the hell breaks loose," Pleas said.

The proposed regulations are still at an early stage, and there will be plenty of pushback. The industry managed to evade earlier efforts at regulation, so Cordray says that he wants the rules to be free of loopholes.

"We don't want to go through all the effort of formulating rules and then find people are working their way around them," he said.