Accessibility links
Pour A Bucket Of Blood On These New Adaptations Of 'Carrie' Stephen King has said his novel Carrie is about women's power and men's fear — an idea reporter Beth Accomando says has gotten lost in newer adaptations of the horror classic for stage and screen. 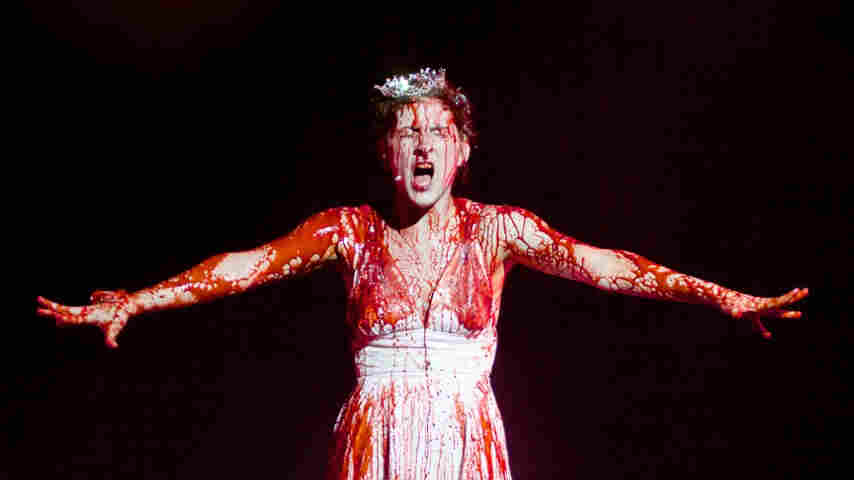 In Carrie The Musical, now being revived at a California theater, Carrie gets a jarringly Disneyesque song before her fateful prom. La Mirada Theatre hide caption 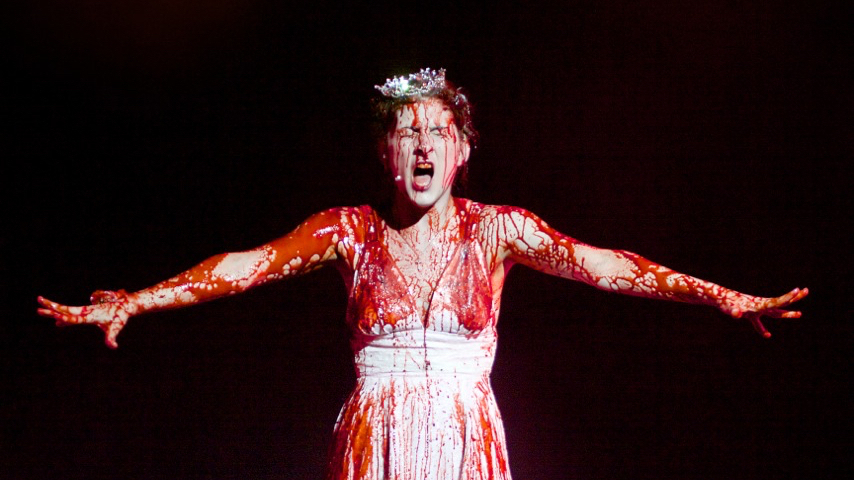 In Carrie The Musical, now being revived at a California theater, Carrie gets a jarringly Disneyesque song before her fateful prom.

Stephen King's Carrie (his first published work) is now more than four decades old, but it's never fallen out of pop culture favor. It was a fresh, horrifying look at the nightmare that could be high school, with a memorably mousy teenage protagonist who unleashed her telekinetic powers on her town.

King himself described Carrie as "largely about how women find their own channels of power, but also what men fear about women and women's sexuality." But that's an idea that's gotten lost in translation as years pass and different writers adapt Carrie to screen and stage. 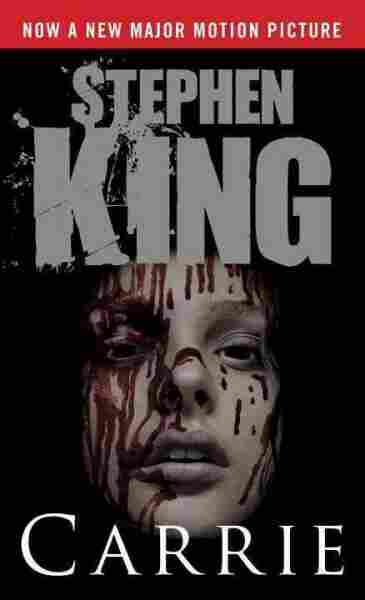 Brian DePalma's 1976 movie is the best-known (and probably most faithful) version, but a third film adaptation came out in 2013, and this month there's a new mounting of the infamous theatrical flop, Carrie The Musical, at California's La Mirada Theatre. The continued interest in the tale of poor Carrie White reveals it still resonates for people.

But there's a fundamental problem with the latest Carrie movie and Carrie The Musical: They both try to turn her into a heroine, and her story into one of female empowerment, and it's not.

Carrie does deal with empowerment, but it's something brand new and terrifying. And in Carrie's hands it erupts as a storm of telekinetic rage and revenge. Carrie, as King wrote the story, is scary because it's about a teenage girl dealing with a flood of emotions and not being able to control them. Instead, they control her. Carrie came six years before Brenda Spencer shot up her Cleveland Elementary School in San Diego, and more than two decades before the Columbine tragedy brought school shootings to the media forefront. But King predicted the dynamics that could lead a student to turn on his or her classmates.

King gives us a strong female cast: Carrie as the protagonist; her mother Margaret as the antagonist; Chris as her nemesis and the cruel instigator of the bullying; and Sue as the one who tries to make amends. It's women who drive the plot forward at every turn; the men are just tagging along for the ride and doing what they are told 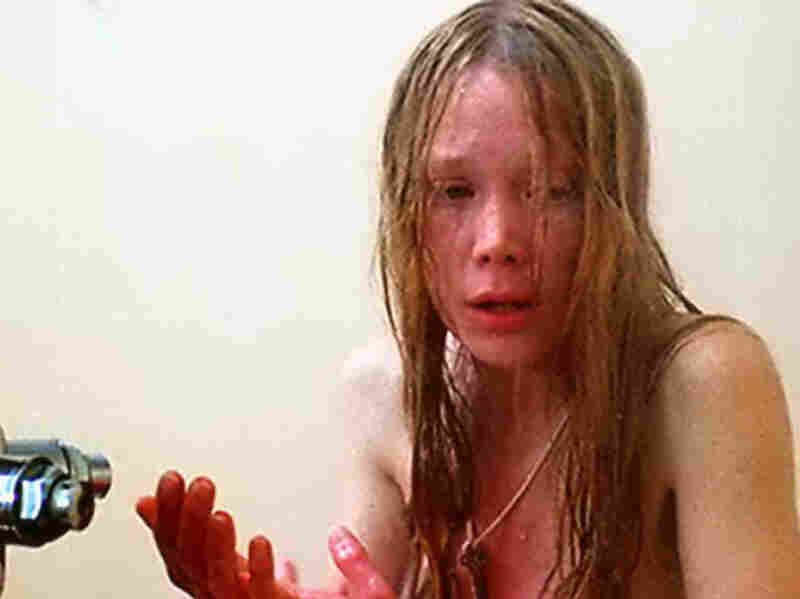 Carrie is about a scary, uncontrollable sort of girl power, but many newer adaptations gloss over Carrie's victimhood in favor of a more comfortable story of empowerment. United Artists hide caption 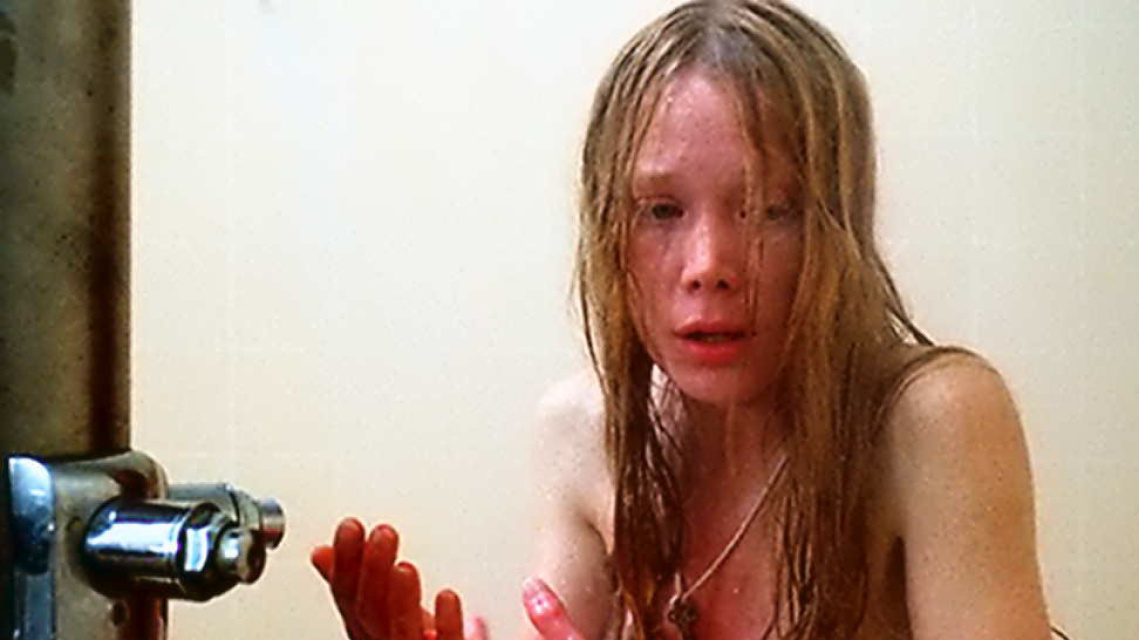 Carrie is about a scary, uncontrollable sort of girl power, but many newer adaptations gloss over Carrie's victimhood in favor of a more comfortable story of empowerment.

But this is key: Carrie's a victim, and while she may get revenge – on everyone, deserving or not – she never enjoys anything remotely approaching a feminist sense of liberation. She's bullied mercilessly at school and abused at home. The character was a composite of two girls – referred to by the aliases of Tina White and Sandra Irving – King knew during high school, both of whom eventually committed suicide. "There is a goat in every class, the kid who ... stands at the end of the pecking order," King once wrote. "This was Tina. Not because she was stupid (she wasn't), and not because her family was peculiar (it was) but because she wore the same clothes to school every day."

The 2013 film and the stage musical, however, allow Carrie to be too knowing of her powers and too confident in her use of them. They even give her a Cinderella prom makeover — in the La Mirada production, she has sparkling stiletto heels that might as well be glass slippers, and she gets to sing A Night We'll Never Forget, a song better suited to a Disney princess than a troubled teen. King's novel does have Cinderella elements, but they're more ironic, outlining the vast gulf between fairy tale and reality. The two recent adaptations take the fairy tale more at face value, insisting we see Carrie as the heroine (albeit a defeated one), rather than the tragic victim.

Cultural dynamics change, which is why so many productions of Shakespeare's Taming of the Shrew try to reinterpret Kate with a more modern edge. King wrote Carrie when women's lib was new and scary to some, and before school shootings became fodder for the 24-hour news cycle. It's good to see new generations discovering what speaks to them in an older literary work. But the 2013 film and Carrie The Musical – whether consciously or subconsciously – try to apply present-day cultural dynamics to King's 1970s story, and it comes off as an awkward attempt to push Carrie out of horror and into something more comfortable.

Carrie is most definitely of the horror genre, and horror is never about being comfortable. Society has changed, but what's at the core of King's novel remains as raw and powerful as it was four decades ago: Peer pressure, cliques, ruthless bullying, and being an outsider. To deny these aspects in favor of a more Millennial narrative of empowerment is to miss what makes Carrie so effective — and Carrie herself so compelling and sympathetic.

Read an excerpt of Carrie