Accessibility links
Influential Guitarist John Renbourn, Co-Founder Of Pentagle, Dies Renbourn co-founded the popular folk/jazz group Pentangle and was one of the most respected and influential acoustic guitarists in the world. He died this week at his home in Scotland; he was 70. 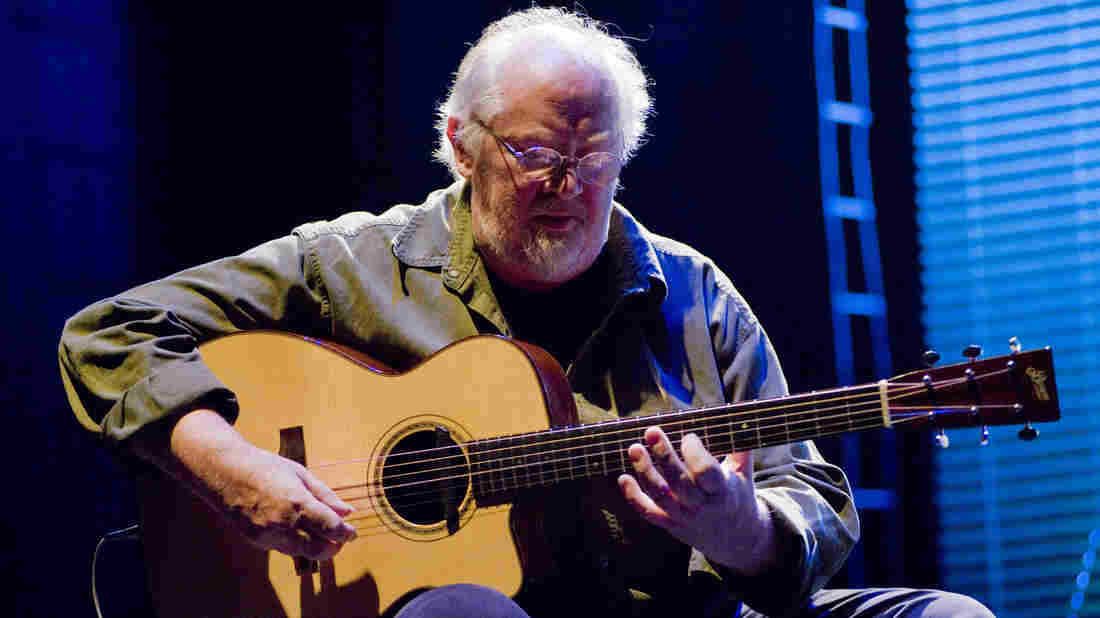 John Renbourn performs onstage at the Royal Festival Hall in London June 29, 2008. The influential guitarist died at his home in Scotland Thursday. He was 70. Barney Britton/Redferns hide caption 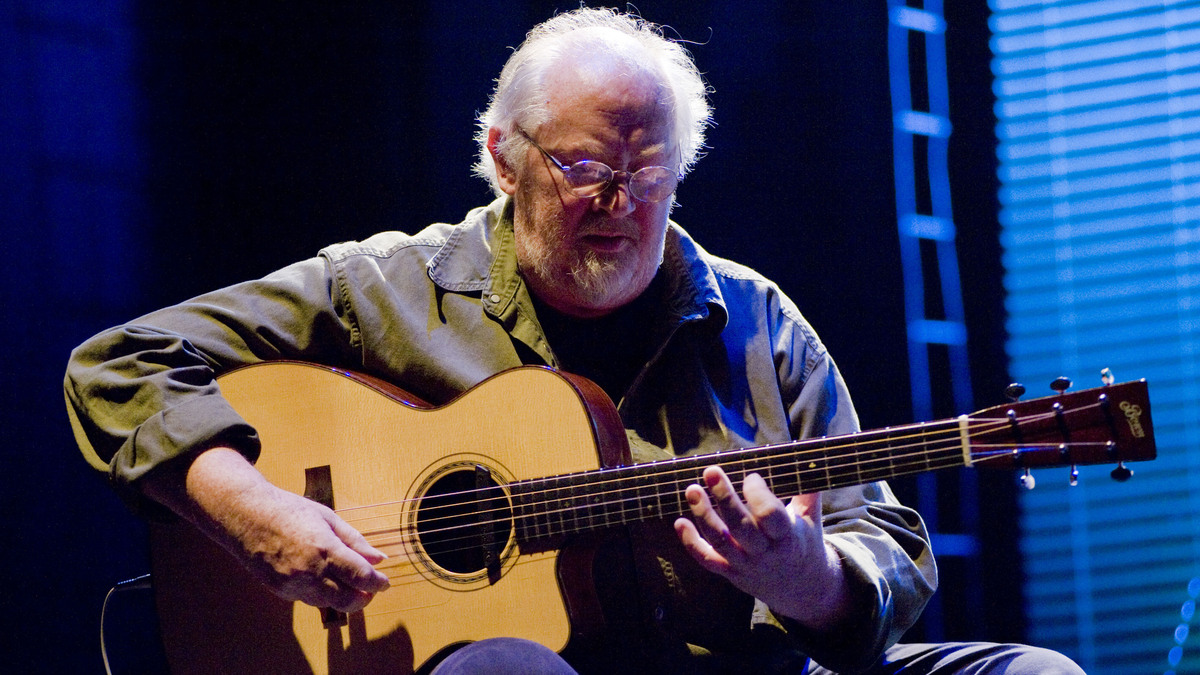 John Renbourn performs onstage at the Royal Festival Hall in London June 29, 2008. The influential guitarist died at his home in Scotland Thursday. He was 70.

Guitarist and composer John Renbourn co-founded the group Pentangle and went on to become revered by guitarists around the world. Renbourn was found dead of an apparent heart attack at his home in Scotland on Thursday, after failing to show up for a concert. He was 70 years old.

Renbourn was born in London at the end of World War II. He used to joke that the only place to hide during air raids was under his mom's piano. He joked a lot, as he did with the BBC earlier this month about his music education:

"I went to a school that specialized in boxing and cross-country running," Renbourn said, "and one day a new teacher came to the school and the headmaster said, 'This teacher can teach music. But should anyone want to take music, they will have to forgo cross-country running and boxing.' So my hand shot up and I became a music student."

That teacher introduced him to medieval and Renaissance music, which he went on to arrange for acoustic guitar.

By the mid-'60s, Renbourn was enthralled by American acoustic blues and R&B, like a lot of the British guitarists at the time. He hooked up with one of them, Bert Jansch, and together they created their own sound out of these influences.

The album they recorded in 1965, Bert and John, became hugely influential to a younger generation of guitarists, among them The Police's Andy Summers. But Jansch told the BBC in 2008 that they got tired of the folk scene.

"And me and John, because we were playing together at that point, we decided we should open a club that was just us and invite all sorts of people along that we fancied," Jansch said.

Those people became Pentangle: singer Jacqui McShee, bassist Danny Thompson and drummer Terry Cox. The group took its name, according to Renbourn, from the emblem on the title character's shield in the Arthurian poem "Sir Gawain and the Green Knight." Pentangle built its music on a mix of British folk songs, blues and jazz and played Carnegie Hall, the Newport Folk Festival and the Fillmore East and West. The group broke up in 1972 and Renbourn embarked on a solo career.

Renbourn recorded numerous albums alone and with his group. He even went back to school and earned a degree in composition and orchestration. But he never took himself too seriously — right up to the end, when he recalled the beginning of his career.

"It was just in the early '60s that I was faced with the terrible dilemma of having to get a job and found myself preferring to travel and play," he said.

A lot of people are grateful he did.