Accessibility links
Review: Waxahatchee, 'Ivy Tripp' On her band's new album, Katie Crutchfield sounds nervier and more confident than ever before, while remaining true to her role as an analytical but artful chronicler of youthful uncertainty. 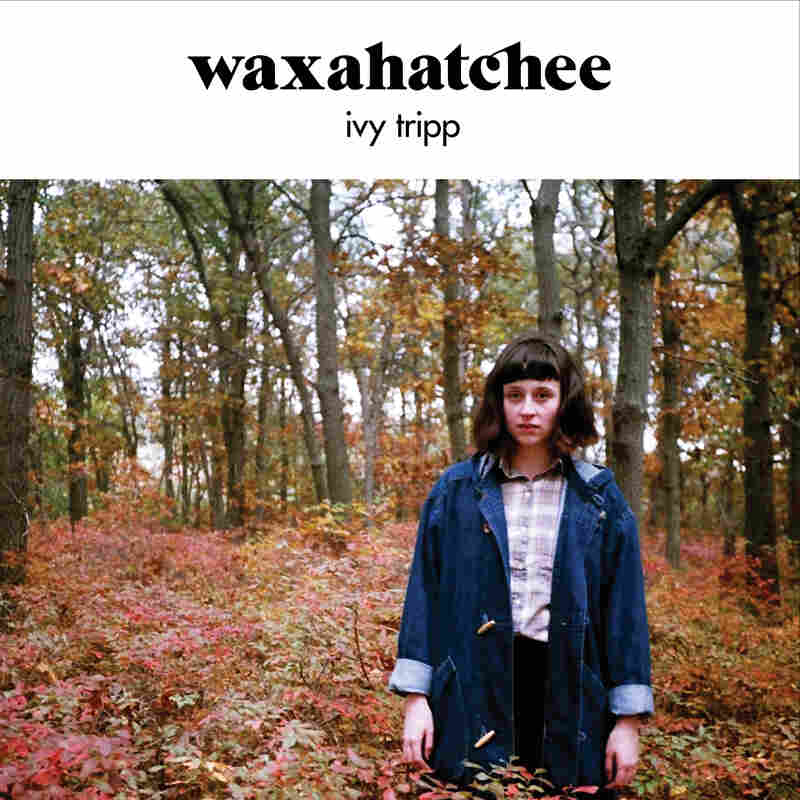 Waxahatchee began as a vehicle for the raggedly beautiful indie-pop home recordings of Katie Crutchfield, a singer-songwriter who'd appeared in a small assortment of bands in her hometown of Birmingham, Ala. On her 2012 debut, American Weekend, Crutchfield set a narrative tone for the increasingly fleshed-out recordings to follow: She writes from the perspective of one who's young, keenly intelligent, and both hyper-aware of and overwhelmed by everything that could ever go wrong. Hers have often been songs about caution and doubt; about examining life experiences and relationships from so many angles that it becomes hard to exist comfortably within them.

Since the release of American Weekend, Waxahatchee has relocated to New York, expanded into a full band and finished two more albums, 2013's Cerulean Salt and the new Ivy Tripp. And, with the expansion and heightened aggressiveness in her sound, Crutchfield sounds nervier and more confident than ever before, while remaining true to her role as an analytical but artful chronicler of youthful uncertainty.

She also seems far less consumed by doubt. In keeping with the crunchier arrangements that surround them, these songs allow Crutchfield to spread blame beyond herself, whether with tender ambivalence — "You were patiently giving me everything that I will never need," she sings sweetly in "Air" — or in the less-patient dressing-down she doles out in "Under A Rock." This is the sound of frailty giving way to forcefulness, and thankfully, Crutchfield wears both well.