Accessibility links
Review: Say Lou Lou, 'Lucid Dreaming' Though the twin sisters in Say Lou Lou don't plumb the depths of human understanding with these 11 songs, they clearly and keenly feel the weight of all that glitters. 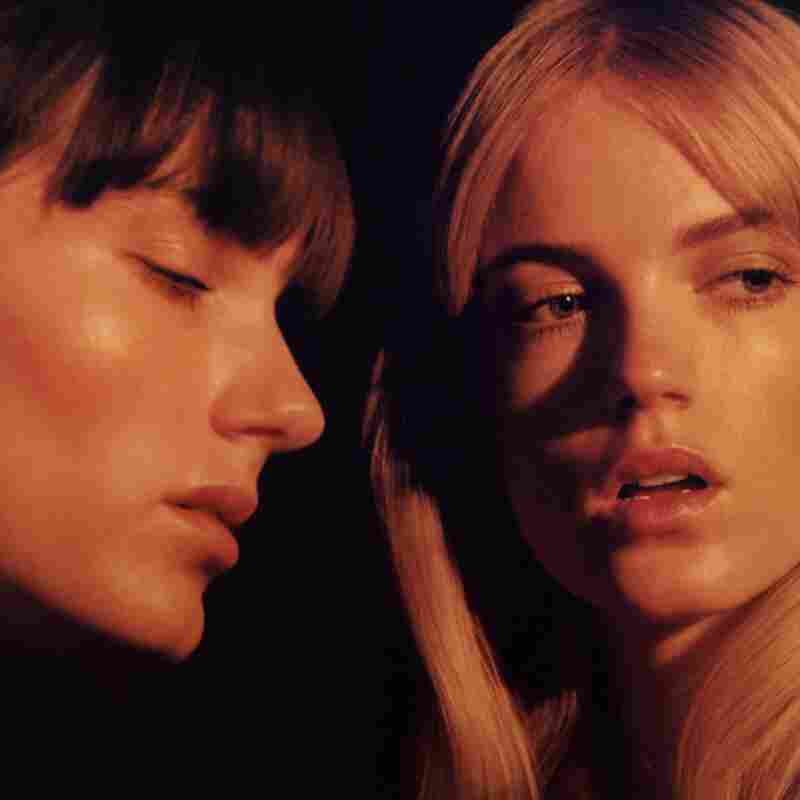 "Gold was different," Isaac Asimov wrote in his final novella. "It had a feel. Each piece had a weight. Piled together it had a gleaming beauty." The choice Asimov's protagonist faces when he says this is between payment for a job in the intangible electronic currency on which his world runs, or in 200 pieces of solid gold. In writing Gold, and in giving his character this choice (and subsequent obsession), Asimov contributed to the millennia-spanning narrative of human intoxication by chemical element 79.

So when twin sisters Miranda and Elektra Kilbey, who perform as Say Lou Lou, open their debut album with two tracks centered on gold, they're panning in historically lucrative waters. Gold as a substance is well-suited to the duo's aesthetic: effulgent shimmer inseparable from the dark ore around it. This duality is key to Lucid Dreaming, which plays as equal parts contemporary electro-pop and nu-disco homage. Disco is shiny and machinized, and yet married in history to the writhing, sweating­­ — that is to say, vitally human — bodies packing New York clubs to dance to it. Gold never comes without a cost, and disco has never been entirely without a soul. The Kilbeys understand what ABBA and Donna Summer understood in 1976, and what Robyn and Lykke Li understand today: that shooting through a synth-soaked, upbeat pop song with a strain of "and yet..." hits an endocrine sweet spot.

Elsewhere, hearing the word "bleed" repeated in a syrupy-sweet vocal layered over effervescent house pop and fizz — as it is in "Glitter," the second of Lucid Dreaming's golden odes — provides a primal, conflicted thrill. Though the Kilbeys don't plumb the depths of human understanding with these 11 songs, they clearly and keenly feel the weight of all that glitters.