Accessibility links
How Singapore Became One Of The Richest Places On Earth The founder of modern Singapore, Lee Kuan Yew, used both free-market principles and strong central planning to transform the tiny former British colony into an economic powerhouse. 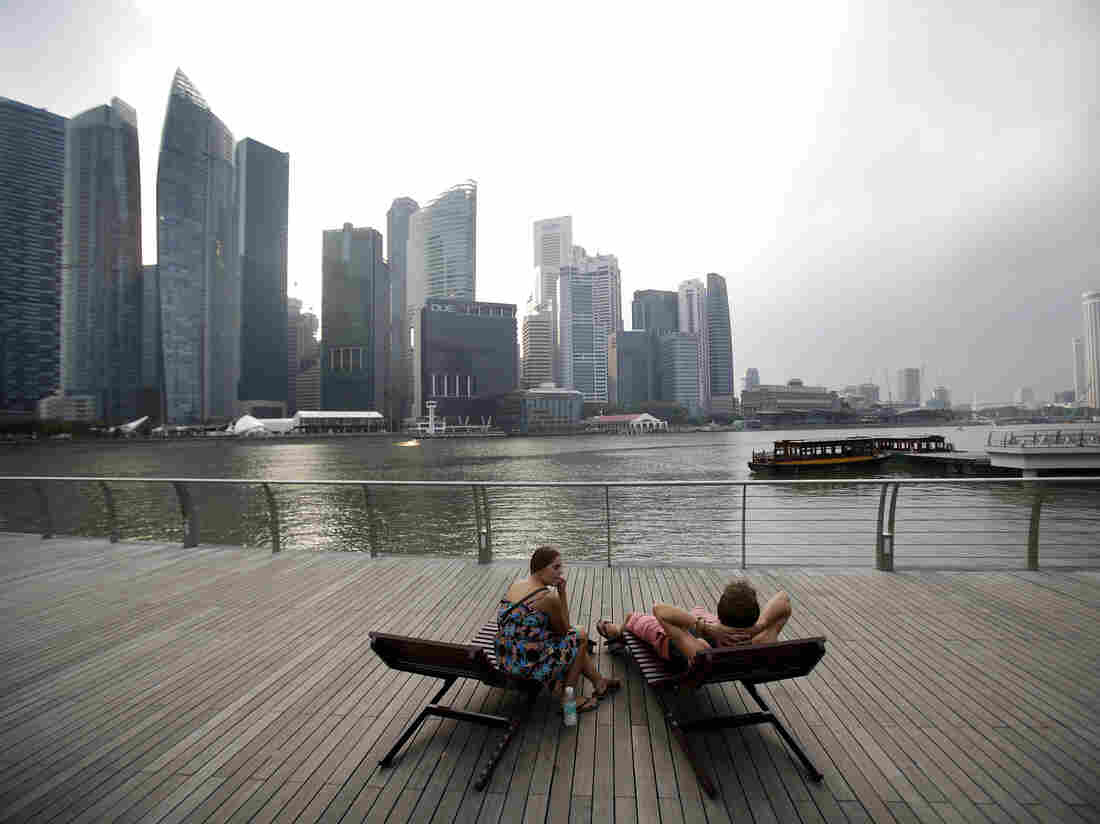 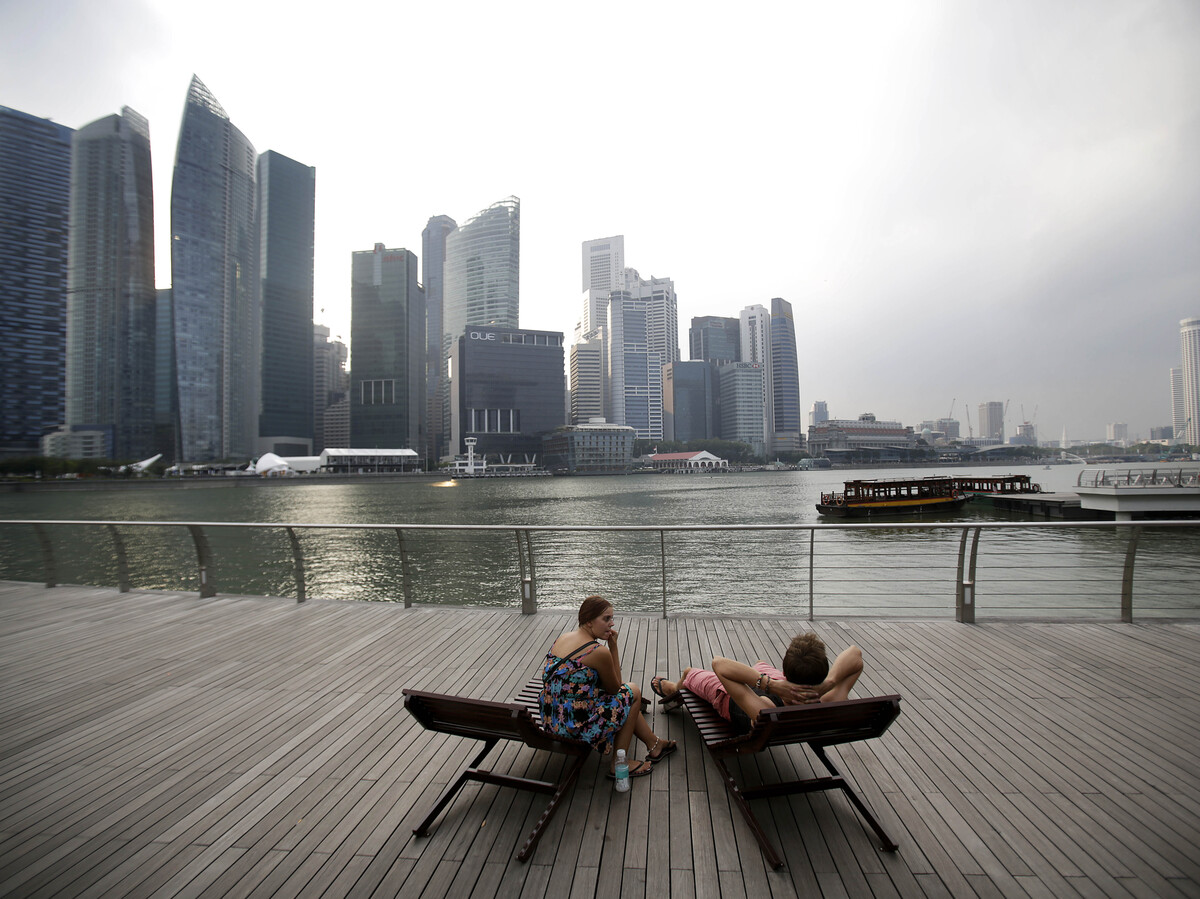 A couple enjoys the view of Singapore's financial center. Conservatives saw Singapore as a free-market success story, but Lee Kuan Yew's government played a big role in the economy.

Singapore has been called the 20th century's most successful development story.

"I don't think any other economy," says Linda Lim, an economist at the University of Michigan, "even the other Asian tigers, have that a good a statistical record of rapid growth, full employment, with very good social indicators — life expectancy, education, housing, etc. — in the first 20 years," she says.

Lee Kuan Yew, the man who founded modern-day Singapore and died last week at age 91, led that economic transformation. One of the most influential leaders of the 20th century, Lee was an autocrat whose tiny island-state became one of the richest places in the world, and a role model for other governments in Asia and beyond.

Singapore has little land and no natural resources. But after its independence in 1965, the former British colony was transformed into a major manufacturing and financial center. The late conservative economist Milton Friedman described Singapore as an example of how to do development right.

Conservatives see Singapore as a free-market success story. Low taxes, few capital restrictions and liberal immigration policies have made it one of the most cosmopolitan places on Earth.

"They have very, very free trade, very low tariffs [and] very few non-tariff barriers," says Josh Kurlantzick of the Council on Foreign Relations. "They'll boast about how you can start your own company in Singapore in three hours."

But like Deng Xiaoping's China, which emulated many of Singapore policies, Lee's government played a big role in the economy. 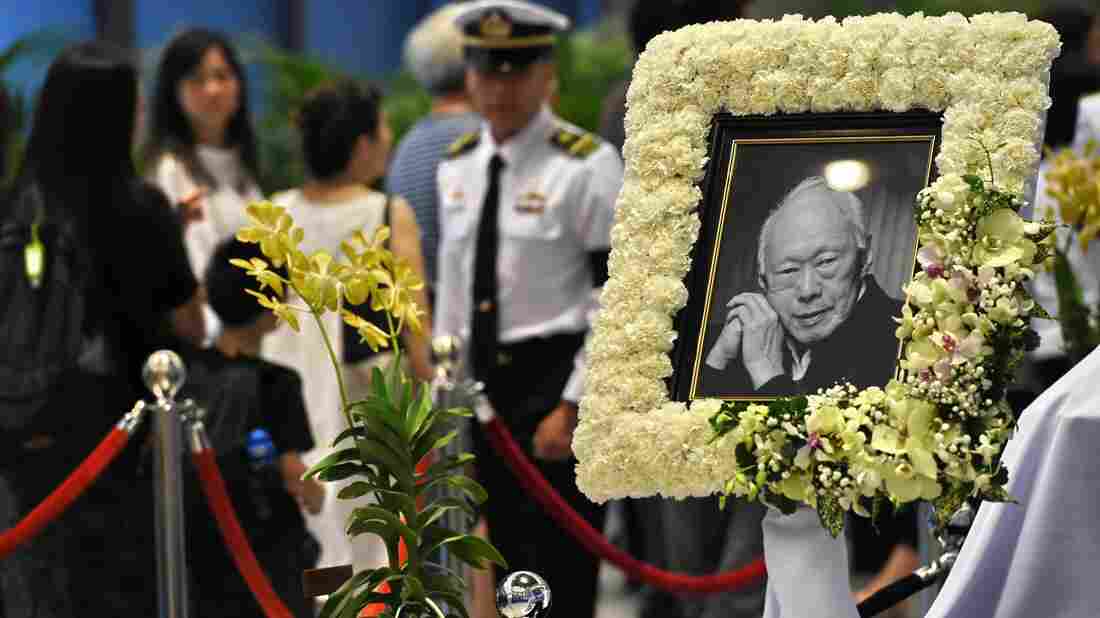 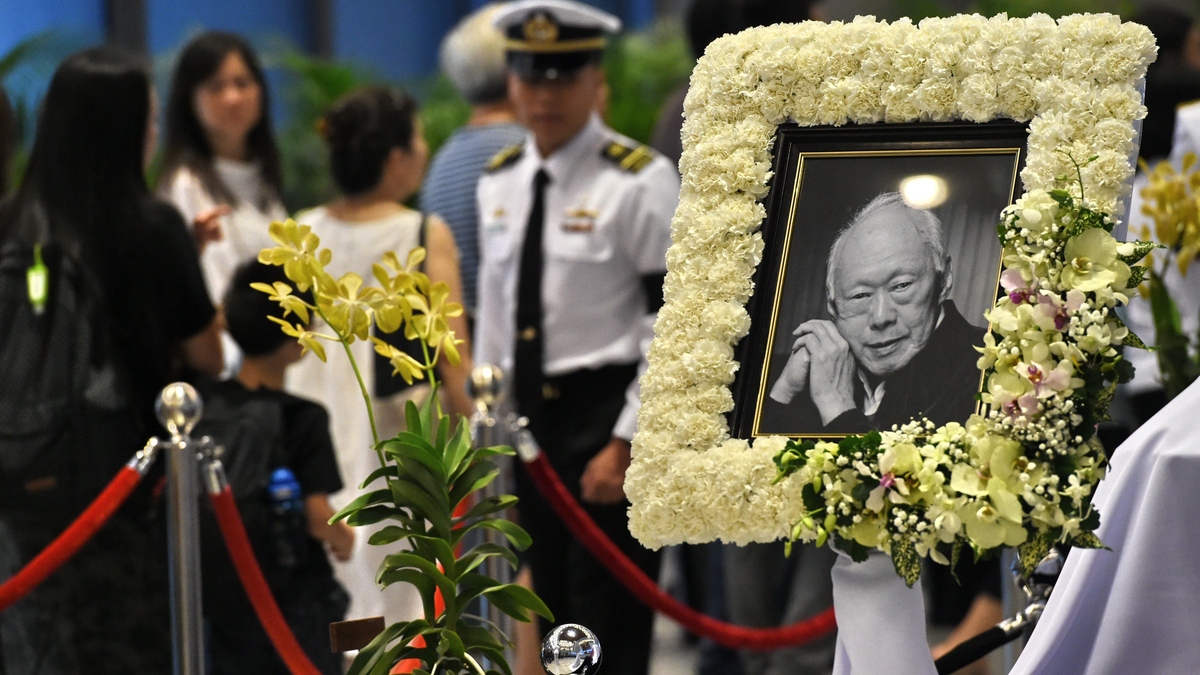 "Some of the biggest sectors domestically — shipbuilding, electronics, banking, and now they're very involved in private banking — got their start because Lee Kuan Yew and the government specially directed state funds into those areas," Kurlantzick says.

Lim, who grew up in Singapore, says this bought a certain amount of social peace. She says these policies were designed by Lee's cabinet, but Lee provided leadership that made them possible.

"He understood the politics of this very diverse place, and put together the laws, including the labor laws, that created a stable, peaceful place that multinationals were looking for," Lim says.

Singapore Is Now The World's Most Expensive City

Singapore Is Now The World's Most Expensive City

Lee himself believed Singapore's growth was tied to the shared values of its different ethnic and religious groups.

In Singapore, The Voices Of Dissent Grow Louder

Singapore today is a mature economy that, like Japan, has seen its growth slow. It's had to compete with other low-wage countries that sometimes emulated its economic policies. Kurlantzick says it struggles with a problem familiar to the West.

"People live well, but the per capita GDP conceals a high level of inequality, so that is definitely a major issue in Singapore today and one of the things that the current prime minister has focused on," he says.

But Singapore remains a big financial center with a high standard of living, and Lee Kuan Yew is remembered as the man who made its prosperity possible.