Accessibility links
Uphill Skiing Gains Traction In Colorado There's a growing trend of hiking up mountains — in skis. Though it's banned at some resorts for safety reasons, enthusiasts in Aspen want make the town a hub for the emerging sport. 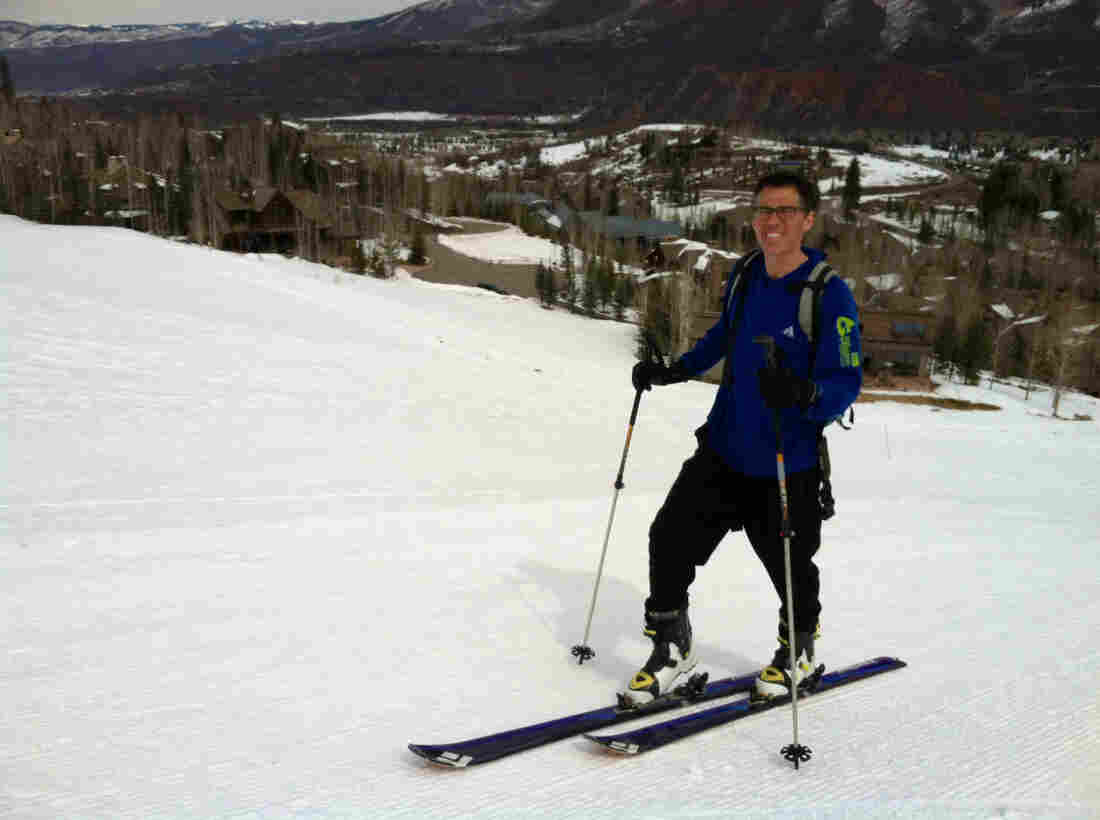 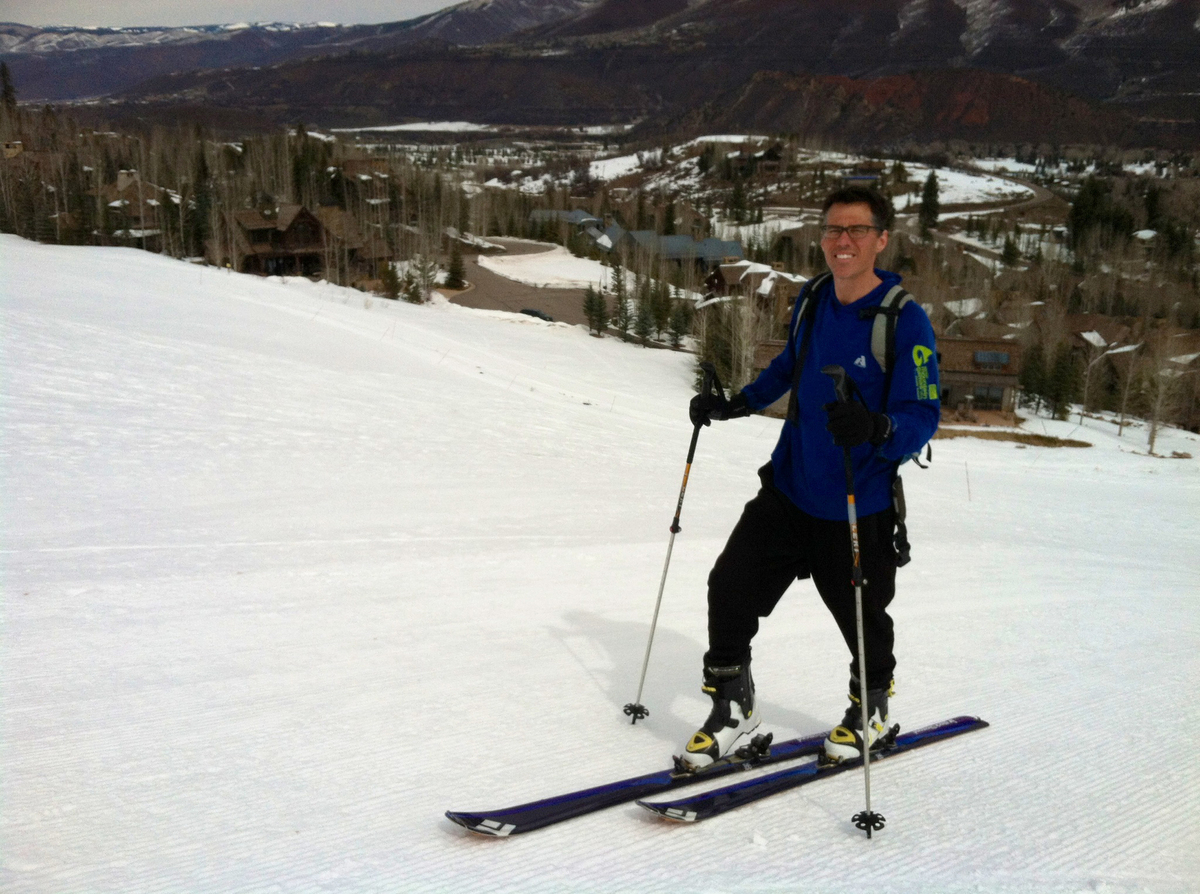 It's spring break season and families and college students are heading to Colorado's ski resorts. You've heard of downhill skiing, cross-country skiing, but a growing trend in these areas involves people skiing uphill.

It's midday in Aspen, Colo., and uphill skier Chris Lane is on a break from work at a nonprofit. He clicks into his ski bindings and begins his 1,600 vertical foot journey uphill — on skis.

He's going against downhill traffic, so he stays on the side of the ski run.

"We've always gone one of two ways — either this route. Or, we just go straight up," Lane says, referring to the steeper and more physically demanding path. "When you go straight up it wears your legs out faster, but I like that because I like the work out."

Like cross-country skis, Lane's boots attach to the binding at the toe so his heels are free for climbing. Synthetic fur "skins" attached to the bottom of his skis provide traction on the snow.

In the winter, Lane stops going to the gym, opting for this outdoor workout instead. Normally, he's out before the sun's up, sliding his skis up groomed trails.

"It's almost relaxing," he says. "When I go up in the mornings in the dark, sometimes I'll close my eyes for like a minute and just go uphill with my eyes closed ... and it just feels so good."

Aspen mayor Steve Skadron has his ski boots on at his desk. He wants to capitalize on his sport and bring mountain culture back to downtown.

"I skin, I uphill, participate in this hiking up the mountain," Skadron says. 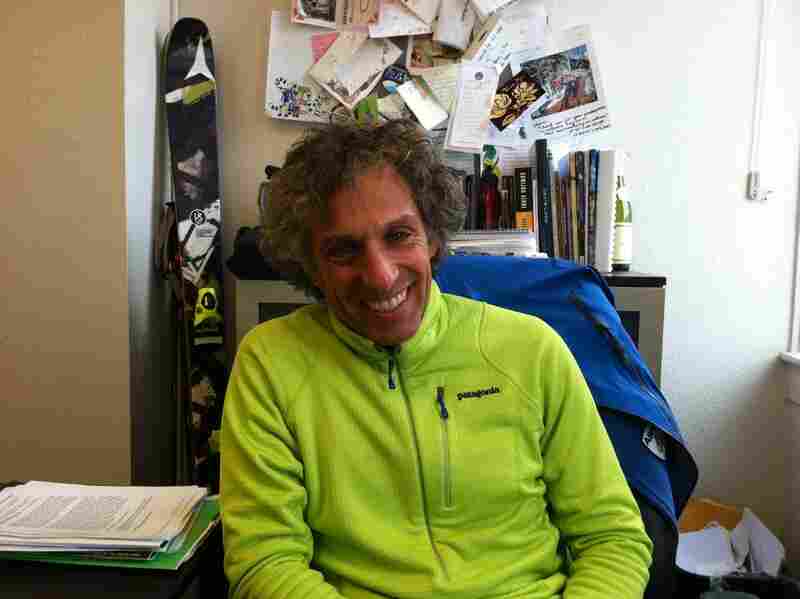 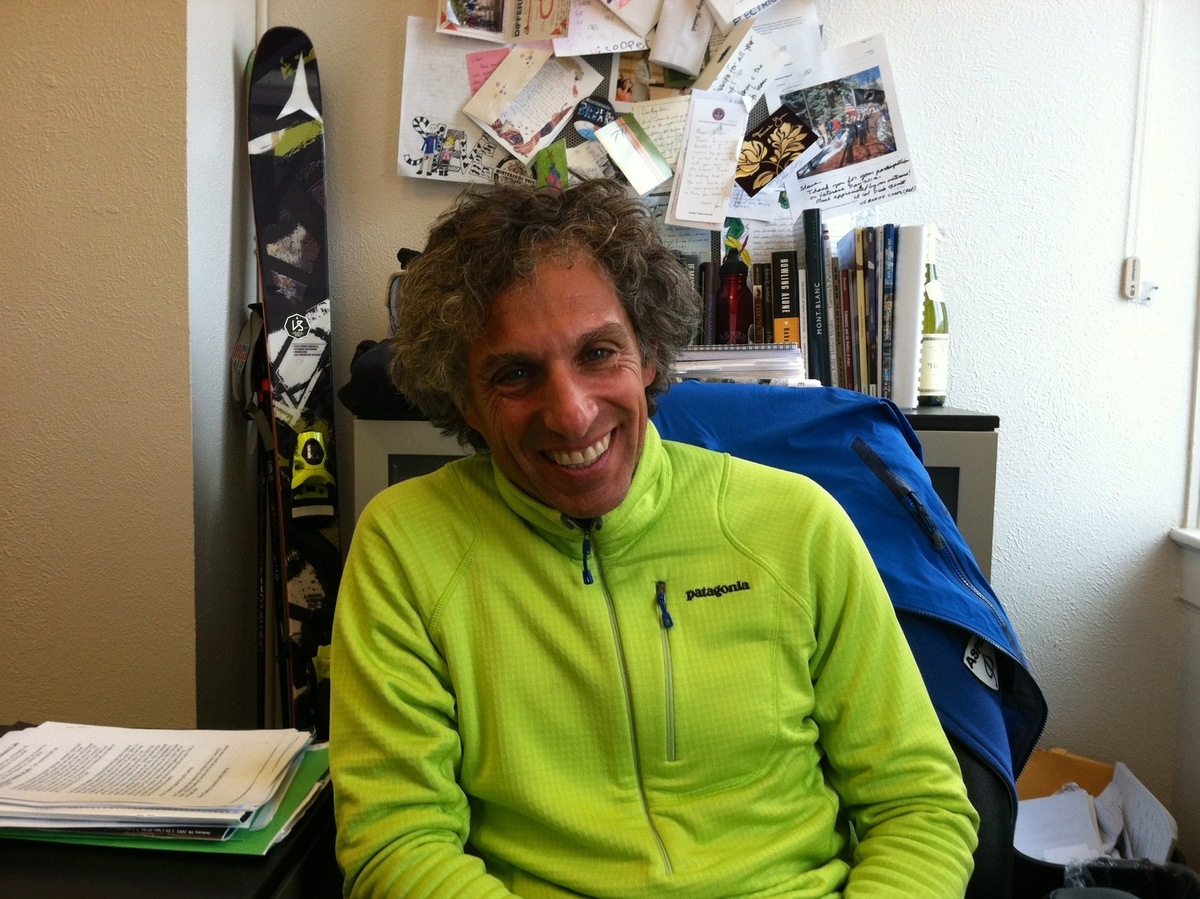 He worries the town's become too upscale, like Beverly Hills and Manhattan.

"We have many high-end retailers here like Prada and Dolce and Gabbana, Valentino. And I'm grateful for their commitment to Aspen. I want to ensure that our downtown mix isn't simply like every other high-end shopping mall."

He's working to lure companies to town that specialize in uphill skiing.

It's a growing sector of the ski industry, especially among women. Snowsports Industries America reports sales of lightweight skis used in uphill skiing jumped more than 200 percent in one year.

Kelly Davis, research director for the trade group, says, "If it catches on in mountain towns, I think more resorts will open up to it and word will get out. I think we can expect to see more growth in this particular category."

Still, the number of uphill skiers pales in comparison to the 11 million Americans who downhill ski. And, half of all ski resorts in the U.S. don't allow uphill skiing. For some, it's a safety issue.

The climb is tough but nothing new for Lane. He huffs and puffs his way uphill on skis four times a week.