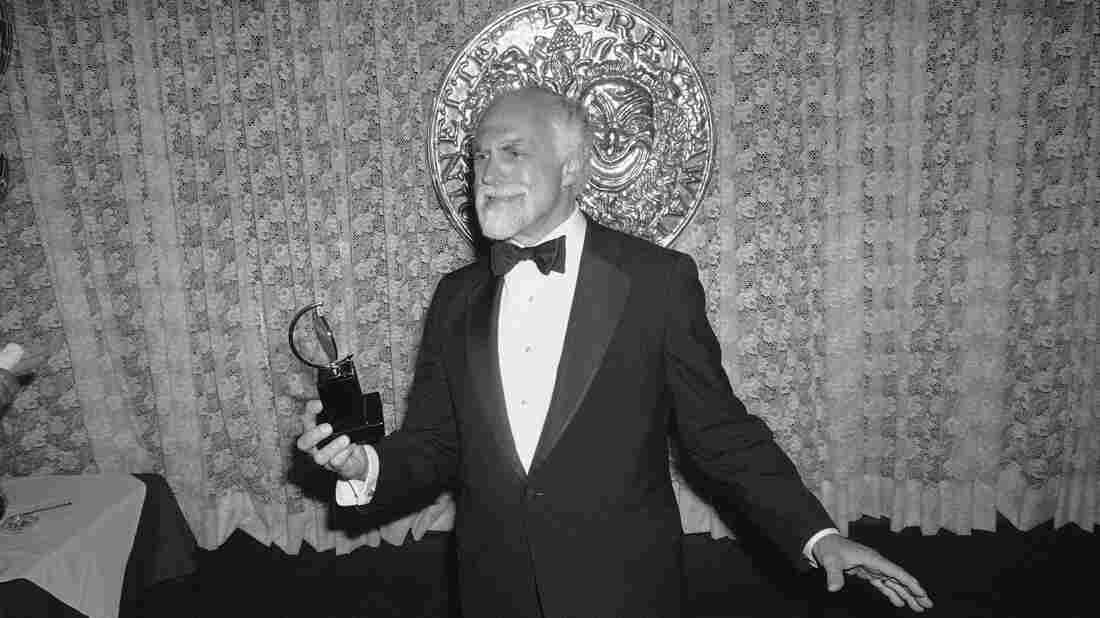 In 1985, Gene Saks wins the Tony Award for best director of a play for his staging of Neil Simon's hit comedy Biloxi Blues, an autobiographical story of World War II. It was Saks' third Tony. Ron Frehm/Associated Press hide caption 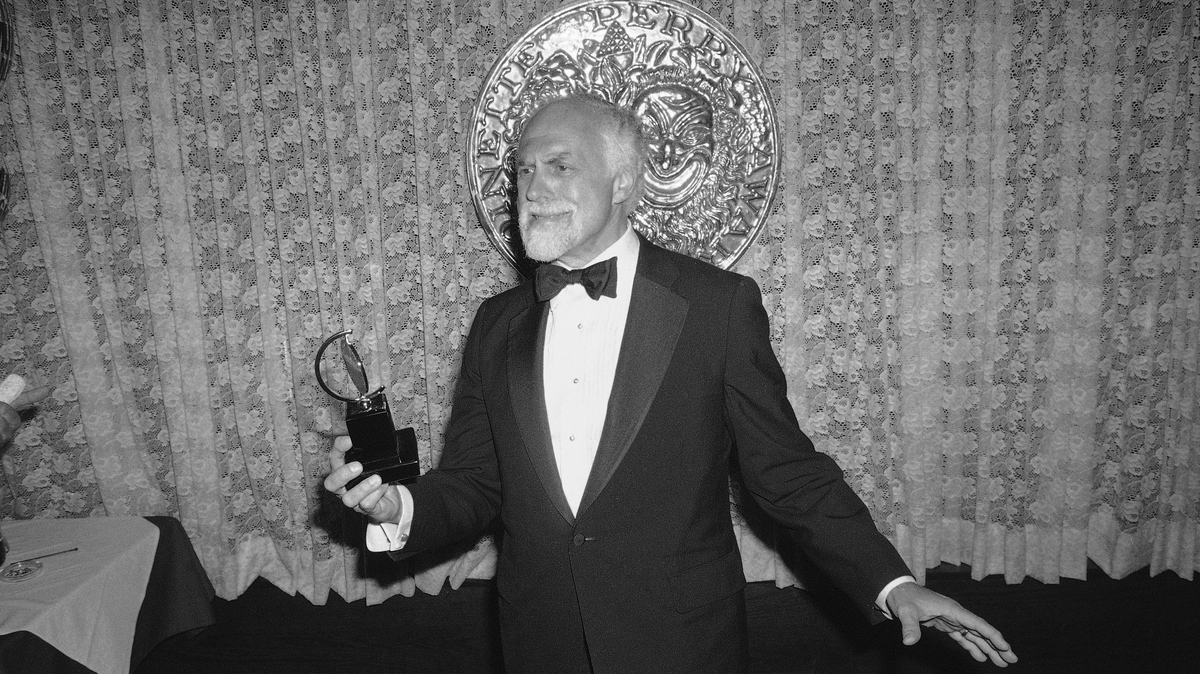 In 1985, Gene Saks wins the Tony Award for best director of a play for his staging of Neil Simon's hit comedy Biloxi Blues, an autobiographical story of World War II. It was Saks' third Tony.

Gene Saks, a prolific actor-director who teamed with playwright and fellow New Yorker Neil Simon on hit Broadway and movie productions of such Simon comedies as The Odd Couple and Brighton Beach Memoirs, has died. He was 93.

Saks, who won three Tony Awards for his direction, died from pneumonia Saturday at his East Hampton home in New York, according to his son Daniel.

Saks' grab bag of hits also included many without Simon. Among them were the musicals Mame (1966), starring Angela Lansbury and his then-wife Bea Arthur; Half A Sixpence, starring British pop star Tommy Steele (1965), and I Love My Wife (1977), as well as such comedies as Enter Laughing (1963) and Same Time, Next Year (1975).

The Simon-Saks collaboration had its beginnings in 1963 when Simon asked Saks — then a Broadway actor — to come to New Hope, Pa., and critique a tryout of Barefoot in the Park. Simon didn't need much help. The play — under Mike Nichols' direction — turned out to be one of Broadway's biggest hits of the 1960s, running for more than 1,500 performances.

But three years later, when Simon was preparing the film version of Barefoot in the Park, he persuaded producer Hal Wallis to hire Saks as director of his first movie. The film, which starred Robert Redford and Jane Fonda, was a huge success.

Besides the famous trilogy of Brighton Beach Memoirs, Biloxi Blues and Broadway Bound, their work together on Broadway included California Suite, Lost in Yonkers, Rumors, Jake's Women and the female version of The Odd Couple.

Their other films were The Odd Couple, — with Jack Lemmon and Walter Matthau — Last of the Red Hot Lovers, The Prisoner of Second Avenue and Brighton Beach Memoirs.

"I don't believe every director can direct every play," Simon once mused. "But Gene and I have had such a common point of view that my instincts tell me lately, 'Go with Gene.'"

In a 1987 interview Saks explained his affinity for Simon: "Aside from Neil's wit, his brightness and his ability to characterize, he writes about things I know about and care about. We both came from middle-class, first-generation Jewish families, and our humor springs from the same roots."

Saks had been an actor for 15 years, and his career was gaining momentum, when he moved on to directing after producer Morton Gottlieb had seen him direct a scene at the Actors Studio and was impressed.

By the mid-1970s Saks was one of Broadway's most prominent directors, and at one point in 1977 he had three shows running concurrently on Broadway: Same Time, Next Year, California Suite and I Love My Wife.

It was the Cy Coleman-Michael Stewart musical I Love My Wife that brought Saks his first Tony. He went on to win two more for Simon plays, "Brighton Beach Memoirs" in 1983 and Biloxi Blues in 1985.

Saks was born in 1921, in New York City, and grew up in Hackensack, N.J., where his father ran a women's wholesale shoe business. He wanted to become a basketball star, but changed his mind when he played the title role in Charley's Aunt, a venerable old farce in which a young man disguises himself as a woman.

He avoided talking about his ambition because "acting was so associated with femininity."

Saks graduated from Cornell University in 1943 and joined the Navy. Being in the service in wartime changed his mind about acting. "I realized that life can be short and you'd better do what you want to do," he reasoned.

After serving for three years, he studied at the New School for Social Research and the Actors Studio.

He appeared in such plays as Paddy Chayefsky's The Tenth Man (1959), A Shot in the Dark (1961) and the Herb Gardner comedy A Thousand Clowns (1962) in which he played a children's TV performer known as Chuckles the Chipmunk, a role Saks recreated in the film version.

But he decided he wanted to direct. "I liked telling people what to do," he said.

In a 1985 interview, Saks had this to say about the twin professions of acting and directing: "For me, I had to overcome shyness to be an actor. But as a director you lose your subjectivity, your self-consciousness. And instead of just your role, it's the life of the whole play that becomes a reflection of you."

Saks married Arthur in 1950 and they had two sons, Matthew and Daniel, before the marriage ended in divorce. With his second wife, Karen, he had a daughter, Annabelle.