Accessibility links
With 'Single-Stream' Recycling, Convenience Comes At A Cost Many Americans now have access to a commingled recycling system, which lets users mix plastic, glass, paper and metal together in one bin. It's much easier, but not nearly as efficient.

In many municipalities around the country, the days of sorting your recyclables for curbside pickup are long gone, replaced by a system called "single stream" recycling. But what happens after all those bits of plastic, paper, glass and metal get put in the bin?

Because it's often collected by the same workers who pick up the garbage, it's easy to wonder if the recyclables make their way to the dump, too. But single-stream recycling ends up at a place called a materials recovery facility.

An MRF is part warehouse, part industrial plant; a single facility can process hundreds of tons every day, using workers and high-tech machines.

"This machine is like a large grocery store scanner," says Brent Batliner, manager at the St. Louis-area recycling division of Republic Services as he stands next to something called an optical sorter. "It's got infrared scanners that, as material passes underneath it, it will read the chemical makeup of the bottle."

This optical sorter is set to scan for HDPE, or the type of plastic labeled with the numeral 2. When a milk jug or detergent bottle reaches the scanner, a row of air jets sends it flying off the conveyor and into a storage bunker 25 feet below.

"Pops it right off the belt," Batliner says.

There are other optical sorters, as well as a machine with a magnetic belt to capture steel, and one with spinning magnets that repel aluminum. But even with all that high-tech equipment, single-stream recycling is far from perfect.

Batliner says some of the residential single-stream recycling sent here does end up in a landfill.

Consumers are part of the problem. While some people pat themselves on the back for the plastic bags and greasy pizza boxes they try to recycle, the MRFs can't process them.

"People sometimes want to put a lawnmower motor in," says Gary Gilliam, sales manager with Resource Management, which runs another St. Louis-area MRF. "You know, well, it's steel. But it's not what we do here." 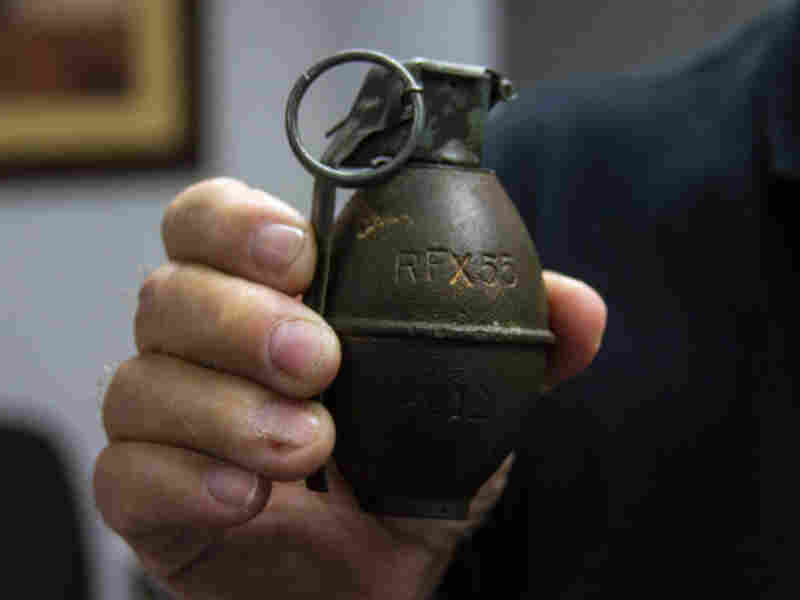 People try to recycle some pretty strange things — like this dummy hand grenade. Gilliam has it saved in a drawer, along with a 20 mm shell — the kind that would be fired from an Apache helicopter. Stephanie Zimmerman/St. Louis Public Radio hide caption 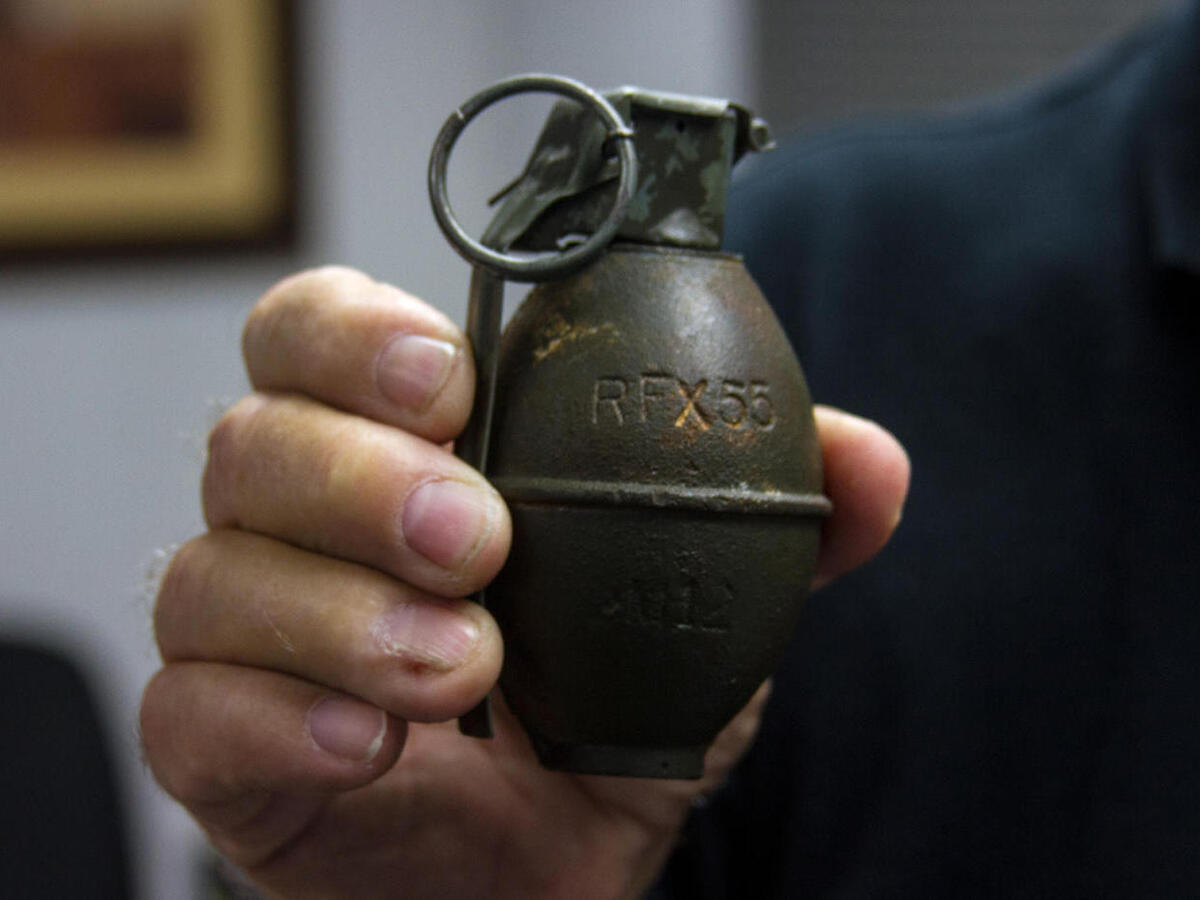 People try to recycle some pretty strange things — like this dummy hand grenade. Gilliam has it saved in a drawer, along with a 20 mm shell — the kind that would be fired from an Apache helicopter.

In his 20 years in the business, Gilliam has seen it all.

"One of the guys came in one day with a hand grenade," he says. It turned out to be a fake.

Contamination is a bigger problem. Mixing everything together is convenient, but leads to wet paper and bits of broken glass that can't be sorted.

"As we often say, you can't unscramble an egg," says Susan Collins, director of the Container Recycling Institute, a nonprofit research and advocacy group. She says what single-stream wins in volume, it sacrifices in quality.

"In terms of preserving the quality of materials so that the maximum materials collected can actually be recycled, single-stream is one of the worst options," she says.

Collins adds that about a quarter of single-stream recycling goes to the dump. For glass, that loss can be as high as 40 percent.

Even so, in the constant tug of war between quality and convenience, convenience wins. But as single-stream processing continues to increase in popularity, the trade-off will be fewer recyclables recycled.