A Ghostly Chorus Narrates 'The World Before Us'

A Ghostly Chorus Narrates 'The World Before Us' 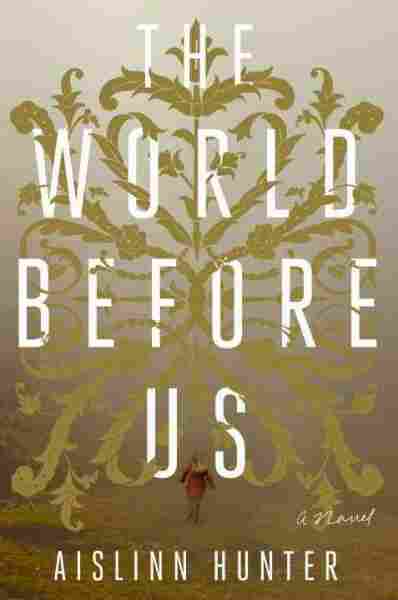 The World Before Us

Title
The World Before Us
Author
Aislinn Hunter

A gaggle of querulous ghosts narrates the events in Aislinn Hunter's new novel The World Before Us. Hunter, a Canadian author of both fiction and poetry, brings a moody grace to these phantoms and to her telling of this rather quirky tale. The novel spans three time periods: The present, a generation earlier, and the late 19th century. The spirits present themselves as witnesses to each period, and they become characters as rich and personal as any blood-and-bones characters in the novel.

The living protagonist, Jane Standen, works as an archivist at London's eccentric Chester Museum, a Victorian relic about to be shuttered due to budget cuts. Jane has assigned herself the task of investigating the 1877 disappearance of one anonymous girl in the northern English countryside. Her motives are personal: When she was a teenage babysitter, her 5-year-old charge went missing in the very same woods. The mysteries of these two missing girls play off classic ghost-story tropes: a spooky abandoned asylum and a haunted country house. And the character of Jane herself suggests a twist on that classic horror-tale governess, the unnamed heroine of Henry James' The Turn of the Screw.

Throughout the novel, Jane's quest is overseen by the story's Greek chorus of very voluble ghosts. "History is shifty," the spirits confide at one point. "It looks out for itself, moves when you least expect it."

I found myself particularly interested in Hunter's treatment of the personal museum founded by Edmund Chester, an Industrial Age magnate and man of science who "loved things." With a great eye for the telling detail, she shows us a mansion stuffed to the rafters with things like a primitive electric shock machine, an overhanging bowhead whale skeleton and a feliform hare, "the cat-rabbit hybrid that was part of a collection of early Victorian hoaxes." Jane delights in such oddities as an old oak hutch filled with "a variety of plant models made entirely from glass: moss, fern leaves, pine and cypress cones, lace vine, a rose replete with thorns, a sprig of wild strawberry."

I was moved by the fate of Lily, the charming sprite who steps away amid the splendid estate plantings one summer day, never to return. And I relished the passages about the goings on at the Whitmore Hospital for Convalescent Lunatics, which housed not only that nameless missing girl but some of the individuals we now experience as ghosts. At its Annual Summer Festival and Ball, dancing follows tea, readings and "glees." Local eminences arrive by carriage to mingle with patients, waltzing loopily across the hardwood floors. The ghosts, some of whom have names and some of whom are given simple titles such as "the poet" or "the theologian," continue with their murmurous musings, giving us a running meditation on history and loss, anguish and memory.

Some readers will resonate to Hunter's writing, to her use of imagery. "The clouds sweep overhead like lantern slides," she writes. There is a "pink sky ribboning the gap between the trees." We see a mole on one character's throat "as perfectly circular as the brown centre of a calderiana he'd once seen blooming in Bhutan." And while the metaphors might be arresting, I found them a bit of a distraction from the sadder, harder edges of the story.

Here we have Jane trying to live with herself after Lily goes missing, Jane who loses her job suddenly and summarily, and who is burdened with thorny memories of her father and mother. At the center of the tale is a brutal crime that was covered up a century before, and after a while, I felt myself join the party of ghosts in an urge to bear witness. More than the flowery language, the novel's tough truths held my interest as the book wound on, making The World Before Us a memorable read.

Jean Zimmerman's latest novel, Savage Girl, will be out in paperback in April. She posts daily at Blog Cabin.