Accessibility links
The Ups And Downs Of 'Younger' Life Sutton Foster stars in a new comedy about a woman who learns that there are a lot of ways to be hassled over your age. 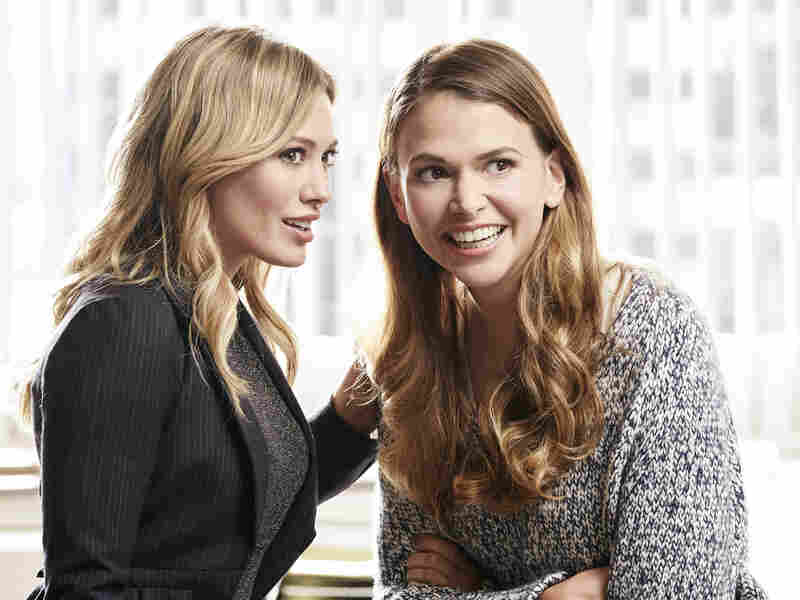 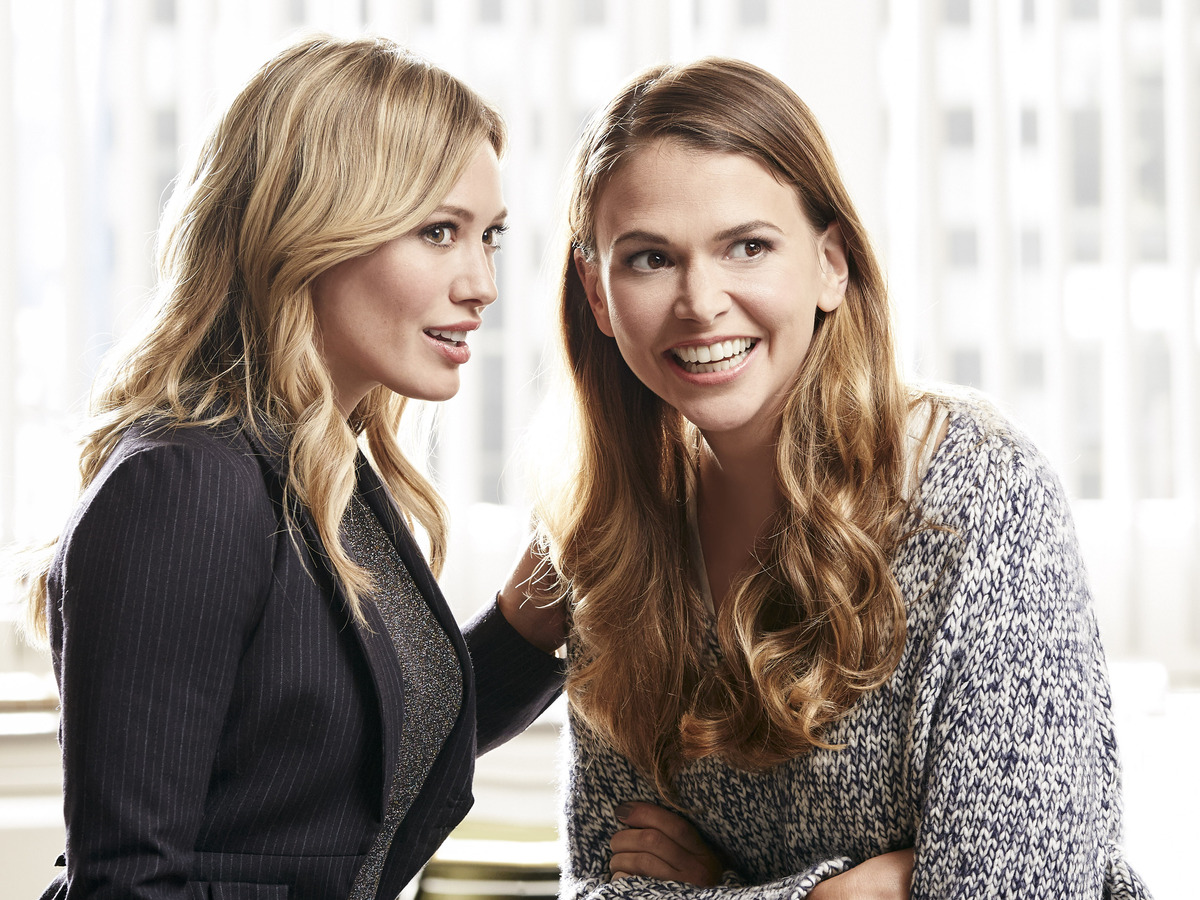 It remains a sore point in my TV-watching heart that ABC Family's fabulous comedy-drama Bunheads lasted only one season, so I was particularly pleased to see that its star, Tony winner Sutton Foster, was coming back to television. Specifically, she's in a comedy called Younger on TV Land, which premieres Tuesday night but the pilot of which is already available to preview online.

Foster plays Liza, a 40-year-old single mom who tries to return to work after her divorce and the departure of her daughter to India, only to find that the 15-year gap in her work history raises the eyebrows of the young women who interview her. This opening scene contains a lot of not-so-promising cliches: the 40-year-old goggling at a list of social media outlets as if she's never heard of any of them, the twentysomething women who sniff disapprovingly at anything that might not be cool, and the broad joke where they endeavor to hide the fact that one of them almost referred to Liza as "too old."

Where the show gets interesting is a couple of scenes later, after Liza and her best friend, played by Debi Mazar, have hatched the screwball idea that will drive the show: Liza will pretend to be 26. She's often mistaken for someone younger (Foster herself is indeed 40 and indeed could probably pass for younger if she chose to), so why not give it a go? When she does, Liza learns that nothing is as simple as it seems: the boss who interviews her as a potential assistant assumes that because she's 26, she's a flighty, self-obsessed dope who can't put her phone down. It seems no matter how she tries to present herself, somebody wants to judge her by the generation to which she belongs. The upside, of course, is that the character she adopts is a 26-year-old with advantages over others her own fake age. When she's asked in that interview what makes her special, she knows what this dismissive boss wants to hear a millennial say, and she says it: "I'm a grownup. I don't think I'm special."

A fair part of the pilot does indeed occupy itself with the expected busywork of Liza's new identity: she trades in her AOL address for Gmail (I'm not sure even a 40-year-old would be that likely to still have an AOL address based on vintage alone), she gets highlights, she learns to have a favorite member of One Direction.

But there are a couple of moments of genuine insight, as when Liza is out with her new pal Kelsey (Hilary Duff) (!) and finds herself blanching at the way Kelsey defers to her pushy boyfriend. It's unspoken, but you can see how Liza momentarily misses the authority that comes with being old enough to be ... at least a young woman's cool aunt, at least someone who can say, "Listen: down this road lies ache." She's traded in what it feels like to have a 40-year-old's life experience for the chance to be treated as if she's 26.

It's hardly a secret that television and film have long been difficult places for actresses to age. There's a dimension of that that's just about a paucity of roles, which feels a little less oppressive than it used to be. But the other dimension, and the one of which Younger feels like it's intriguingly poking around the edges, is that there are a limited number of ways to be a woman on television — the line from Goldie Hawn in First Wives Club when she says the three stages of an actress' life are "babe, district attorney, and Driving Miss Daisy." It would be one thing if this show were purely at the expense of the way a 40-year-old woman is treated like she's finished, but there's also an effort to empathize with the fact that life at 26 isn't any great shakes, either: young employees are talked down to, have their ideas swiped, and are subjected to a different but often equally frustrating set of assumptions.

The creator of Younger, which is based on a novel by Pamela Redmond Satran, is Darren Star, who also created Sex And The City. The characters in that case were probably given a bit too much credit for representing How Women Really Talk, given the variety of ways that Women Really Talk. But it is fair to say that the show broke ground in being comfortable with the fact that its women talked about their sex lives at all, and that their thoughts about them were more complicated than whether to acquiesce or not, which is often how the sexuality of women had previously been drawn.

It's much too early to tell, but the best-case scenario for Younger is that it would do for discussions about age some of what Sex And The City did for discussions about sex. The tension between the rewards of being 40 and the rewards of being 26 is a real tension, and not only because 40-year-olds aren't on Instagram. It's real because for many people, age brings experience and experience brings wisdom and wisdom brings dark thoughts as much as bright ones. It's real because for many people, dating 26-year-olds is great and also terrrrrrible, whether you are 22 or 26 or 40 when it happens. It's real because people do assume certain things about you when they think you're younger than you are and certain things about you when they think you're older than you are, and whether to go along with either or both when it happens can be a complicated little dance.

For the moment, Younger is a light little bauble with a hugely appealing lead. But it has the interesting quality of actually being about something that not many shows are about: the push-pull of aging as a tough thing in some moments and a really fortunate, glorious thing in others.