Accessibility links
Voyage Through An Adventurous Alternate Universe With 'Basilisk' Voyage of the Basilisk is the latest book in Marie Brennan's Memoirs of Lady Trent series; critic Genevieve Valentine says if you love dragons like Lady Trent does, now's the time to get acquainted.

Voyage Through An Adventurous Alternate Universe With 'Basilisk'

Voyage Through An Adventurous Alternate Universe With 'Basilisk' 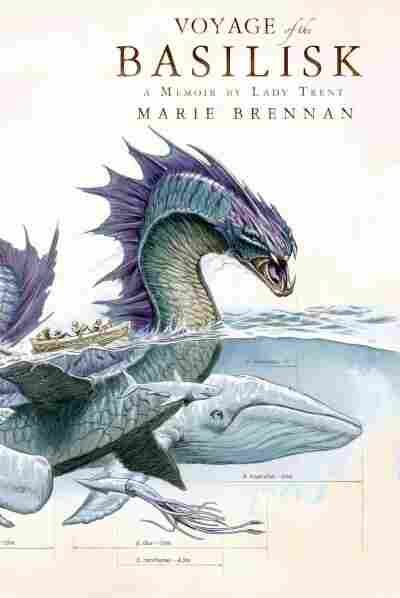 Voyage of the Basilisk

A Memoir by Lady Trent

As one of the many kids who became fascinated by the science-trumps-magic movie The Flight of Dragons, you can imagine my delight when I realized it was based on a real book. Well, a composite of two books (as it turns, out the plot comes from somewhere else entirely), so I was startled to open Peter Dickinson's The Flight of Dragons and find no human quest at all. What I did find, however, suited me just as much: a natural history that sparked my imagination — not only about mythical beasts, but about the nature of scientific inquiry.

It's impossible not to think of The Flight of Dragons when reading Marie Brennan's Memoirs of Lady Trent series, of which the third, Voyage of the Basilisk, has just been published. It's structured much as it says on the tin — Isabella, Lady Trent, narrates her astounding adventures from volume to volume, blending Victorian pastiche and alternate-world fantasy with a distinctly pulp sensibility. And, of course, scientific curiosity abounds; Isabella is a scientist both by nature and by trade. (There's a reason the first volume in the series is titled A Natural History of Dragons.)

Isabella — an unapologetically feminist central figure who often has to negotiate her own prejudices when abroad — makes for a wry narrator. Whether by virtue of Isabella's perspective or the memoir structure, she can be either engaging or dry, depending on where in the narrative she is, and how much of that adventuring has yet to be tackled.

In particular, Isabella's love affair with dragon naturalism and her distance from the years she relates can make any romantic sentiment feel rather perfunctory, and scenes of imminent danger and portents of doom often interrupt themselves with narrative asides. But her account of her childhood in A Natural History of Dragons has the comforting echo of a slightly more bloodthirsty Jane Eyre, and her hard-won friendship with the prickly working-class naturalist Tom Wilker in The Tropic of Serpents is somehow heartwarming even in the midst of danger.

And danger there certainly is: With every passing book, the perils get pulpier and the politics more complex. Close to home that can be fascinating, as Isabella's relationship to Scirland (her country of origin) vacillates wildly depending on whether her discoveries appear to help or hinder the homeland. In The Tropic of Serpents, her adventures in Africa-analogue Eriga skirted war half a dozen times, and resulted in some scandal when the Scirling Crown accused her of assisting the enemy. However, constructing a world that's only slightly fictional can mean that readers will get distracted from the scientific mysteries while trying to map the known over the unknown. 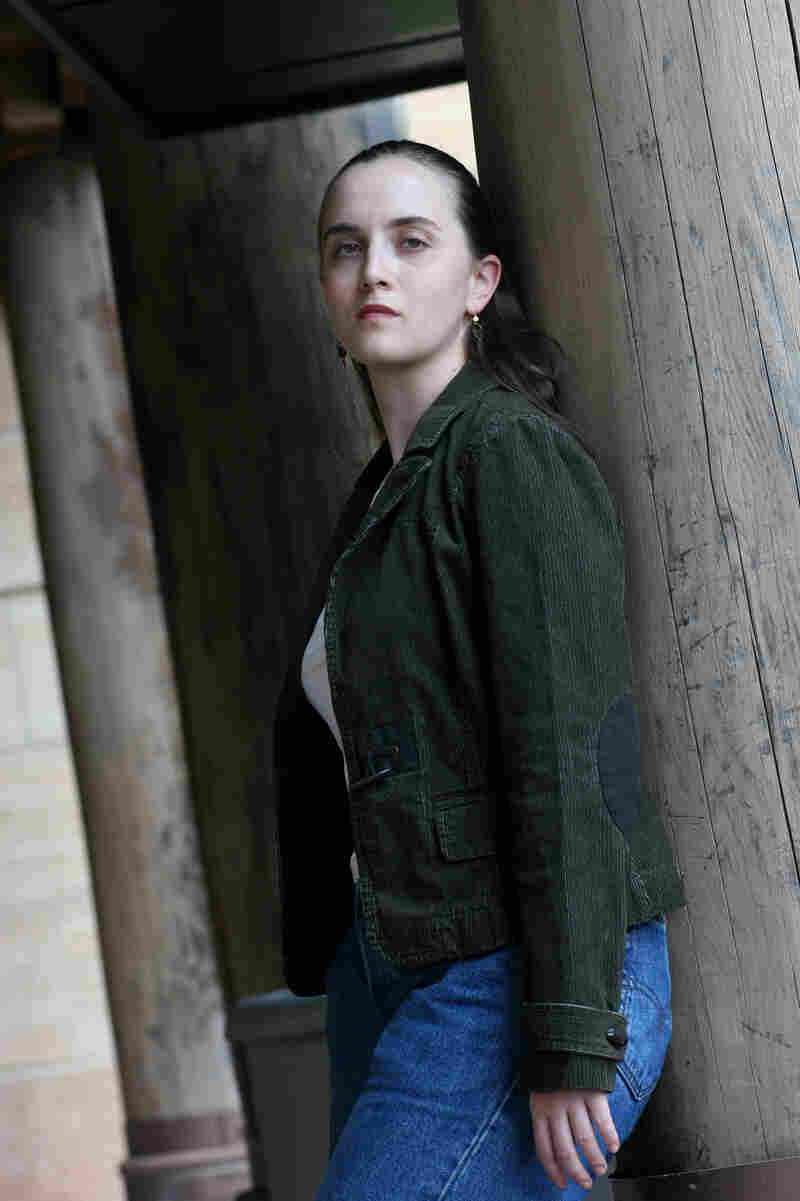 Marie Brennan is an anthropologist and folklorist, whose books include A Natural History of Dragons and A Star Shall Fall. Courtesy of Tor Books hide caption 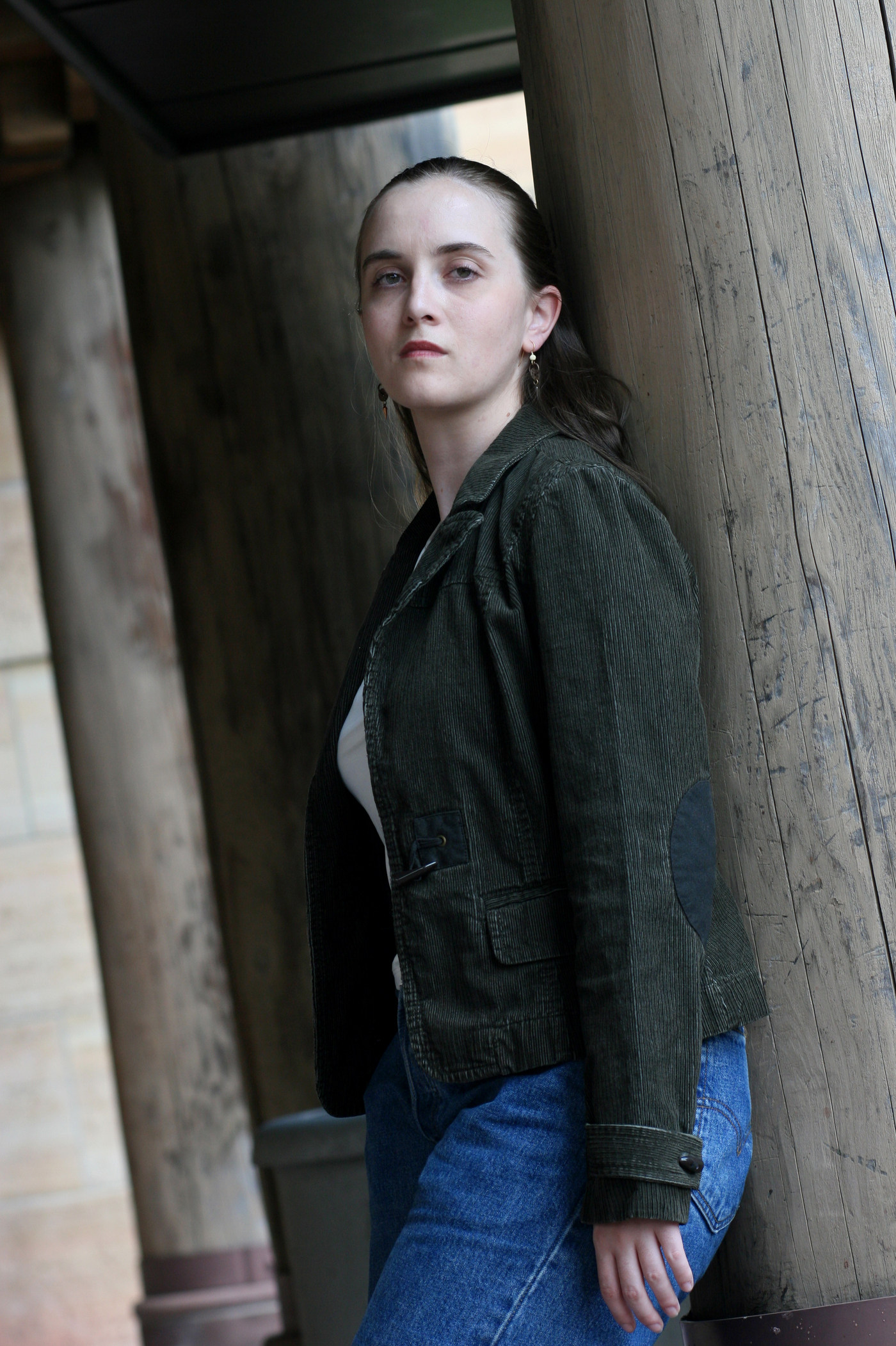 Marie Brennan is an anthropologist and folklorist, whose books include A Natural History of Dragons and A Star Shall Fall.

It's not that this world isn't thoroughly thought out — Brennan's painstaking in the details, and often Isabella will pause to note the differences in dialect that kept a sentence from being immediately understood, adding both color commentary to her travelogue and making a case for the study of the past as an interdisciplinary art.

But while the British analogue of Scirland is easily recognizable (and sly references to table service à la Russe in the mountains of Drustanev feel like Victoriana Easter eggs to those who catch the references) the perils of alternate-world fantasy mean that creating real-world analogue cultures specific enough to have, say, the haka, can prove more distracting than they're probably meant to be. Isabella's narration departs from the Victorian to include more modern cultural sensitivities, but it's hard to totally shake the cognitive dissonance.

(Not that such sensitivity is foolproof, either — while Brennan seems dedicated to avoiding the white savior trope, and is careful to include missteps for her heroine, Isabella's cultural adaptability is still remarkably smooth. Voyage of the Basilisk might contain the most awkward beat so far, in which those analogue islanders decide she has a dragon spirit and make her one of their own.)

But the geography, and even the secondary characters, take a necessary backseat to the dragons themselves. Brennan has constructed both a slow-burn detective story, seeding hints at Isabella's spearheading a dramatic taxonomic shift within dragon studies as she gathers firsthand data around the world, and a story about a delicately-balanced global ecology in which individual villages might be trying to rid themselves of predatory dragons even as populations elsewhere are being hunted to extinction. (The struggle between Isabella's dueling instincts as a biologist and as a preservationist is her most unchanging; it's one of the few reflections not disclaimed or amended by the passage of time.)

And occasionally even the dragons take a backseat to the process itself. One of the series' most interesting through-lines is the ongoing realization that the biology of the dragons' evolution goes hand in hand with linguistic and cultural history. It's a stylistic pastiche aware of how interconnected the world is, a Victorian travelogue that tries to laugh at itself, and a character study of a woman who never lost that childhood love of dragons. Lady Trent will continue her adventures after Voyage of the Basilisk; if you love dragons as she does, perhaps now is the time to get acquainted.