Accessibility links
Lost Art Is Reclaimed In 'Woman In Gold' This drama about the woman who sued to recover a famous painting taken from her family is miscast, but it still manages to tell a moving populist tale of the power of one determined person.

Lost Art Is Reclaimed In 'Woman In Gold'

Lost Art Is Reclaimed In 'Woman In Gold' 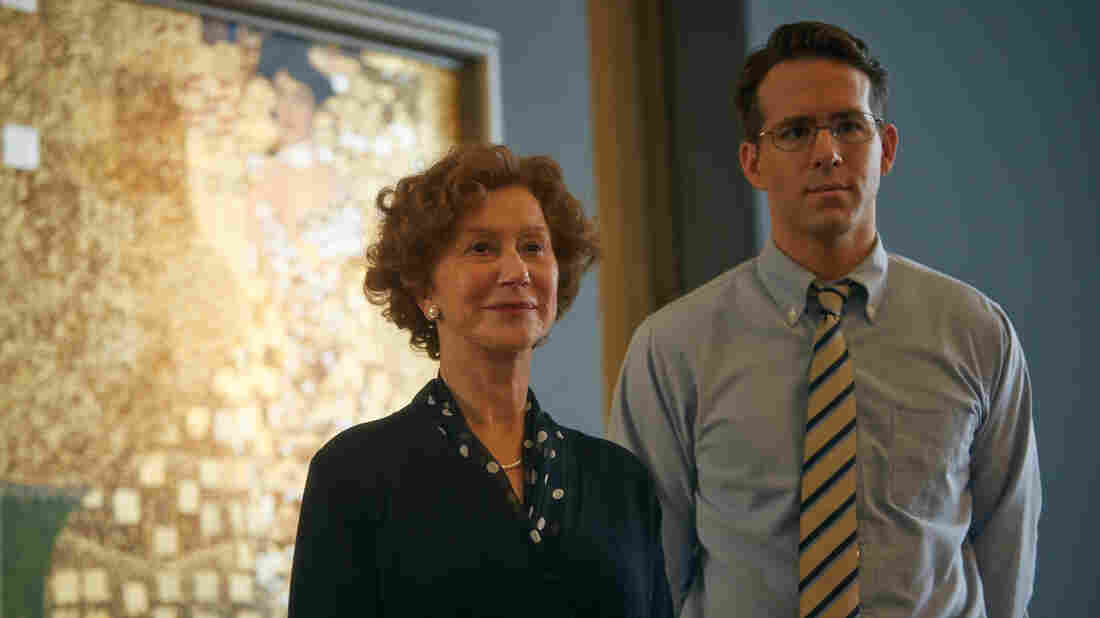 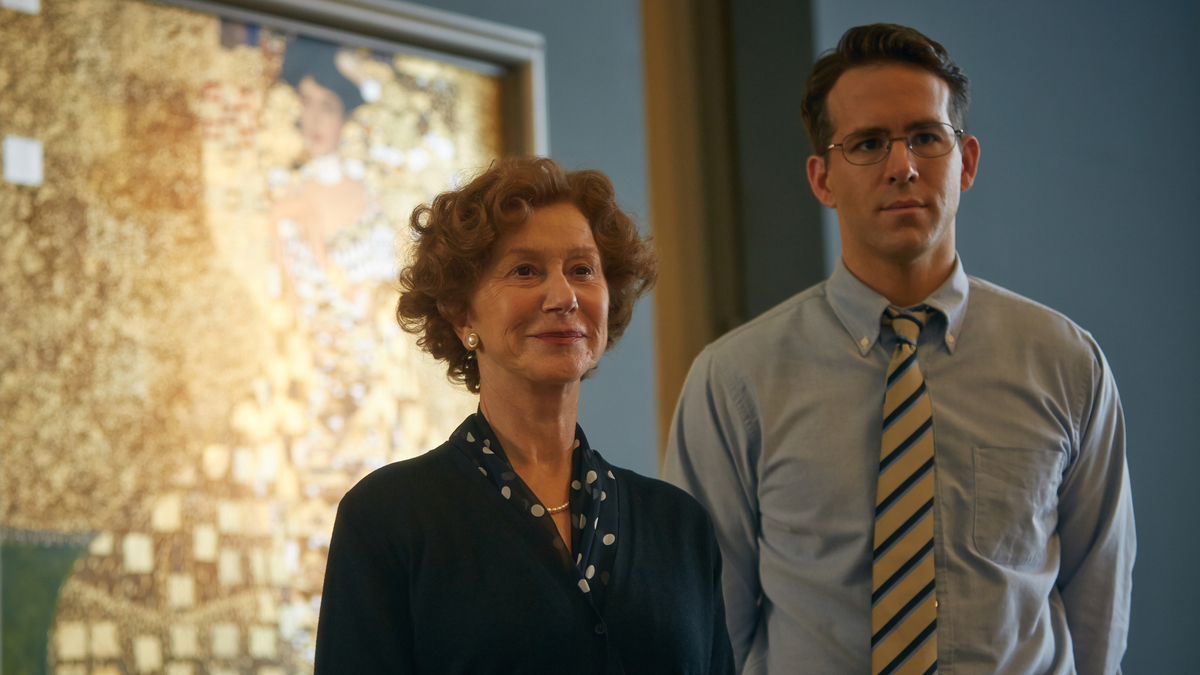 Helen Mirren and Ryan Reynolds star in Woman in Gold.

Gustav Klimt's famous painting of a dark-eyed beauty encased in shimmering gold lozenges is often dismissed by art critics as a disappointing excursion into kitsch by the avant-garde Austrian painter. But the portrait, commissioned by a wealthy Jewish family not long before the outbreak of World War II, has brought visceral pleasure to countless owners of postcards, posters and key-rings who have yet to set foot in New York's Neue Galerie, where the original hangs today. How it got there from Vienna makes for a sensational true-life tale, however staidly told in the new film Woman in Gold.

To Maria Altmann, an elderly Los Angeles Jewish dress-shop owner played in the movie by Helen Mirren, Portrait of Adele Bloch-Bauer was a precious reminder of her glamorous and beloved Aunt Adele, lost forever in the wake of Nazi art theft. Before her premature death, Bloch-Bauer had bequeathed the painting to Vienna's prestigious Belvedere art gallery. Soon after, the painting, along with many other artifacts owned by her family, was brazenly looted by Austrian Nazis; Maria was one of the few in her family who escaped death and ended up in the Untied States. After the War the painting resurfaced and remained in Vienna's prestigious Belvedere gallery for six decades until Altmann — with the help of a young attorney who happened to be the grandson of émigré composer Arnold Schoenberg, a contemporary of Klimt — returned to try to reclaim her family property.

The epic legal fight that followed is the subject of Woman in Gold, a stolidly sequential drama by British director Simon Curtis (My Week With Marilyn). With a directing style best described as reverently ceremonial, Curtis plods through scenic tours of the baroque architectural grandeur of Vienna today, regularly punctuated with flashbacks to the traumatic wrecking of Maria's gilded youth. Dancing the hora at Maria's wedding comes with a thudding overlay of Nazi jackboots. On the soundtrack, lest you miss the message, is "O Mary, don't you weep."

With star power more in mind than goodness of fit, the movie is hopelessly miscast. Mirren is her usual entertaining blast of acerbic brio, but here she improbably reprises her QEII testiness, accessorized with an Austrian accent. For his part Ryan Reynolds, a terrific physical comedian, is all wrong for the earnestly idealistic Randy Schoenberg, who found a novel way to help Maria sue the Austrian government for recovery of a painting it had now recast as a symbol of the country's national identity.

How they accomplished this is such a great yarn that, for all its broad brush strokes, Woman in Gold can't help but tell a moving populist parable about the will to power of an ordinary woman — one among millions, it turns out as the restitution of wartime cultural theft becomes a very big deal in the art world — taking on powerful institutions to regain a tiny fraction of her family's appalling losses.

To the credit of screenwriter Alexi Kaye Campbell and a nice turn by Daniel Bruhl as an Austrian investigative journalist with a guilty secret he is driven to expunge, Woman in Gold does not shy away from Austria's reluctance to face up to its wartime record. Instead, the film suggests that the affirmation of national pride that moved Austrian officials to fight Maria's claim tooth and nail depended on a sustained denial of its own shameful history.

After a Herculean struggle, in the end an Austrian arbitration committee did right by Altmann, who sold Klimt's Adele to cosmetics heir Ronald Lauder for a fortune and donated most of the proceeds to arts institutions and Holocaust survivors' groups. There it hangs in New York, a refugee like its rightful owner — and an enduring testament to the Austrian back-story that never made it into The Sound of Music.