Accessibility links
'Lambert And Stamp': The Story Of The Men Who Helped Make The Who A new documentary about The Who's early managers doesn't rock as hard as it could, but it's a worthwhile addition to the band's recorded history. 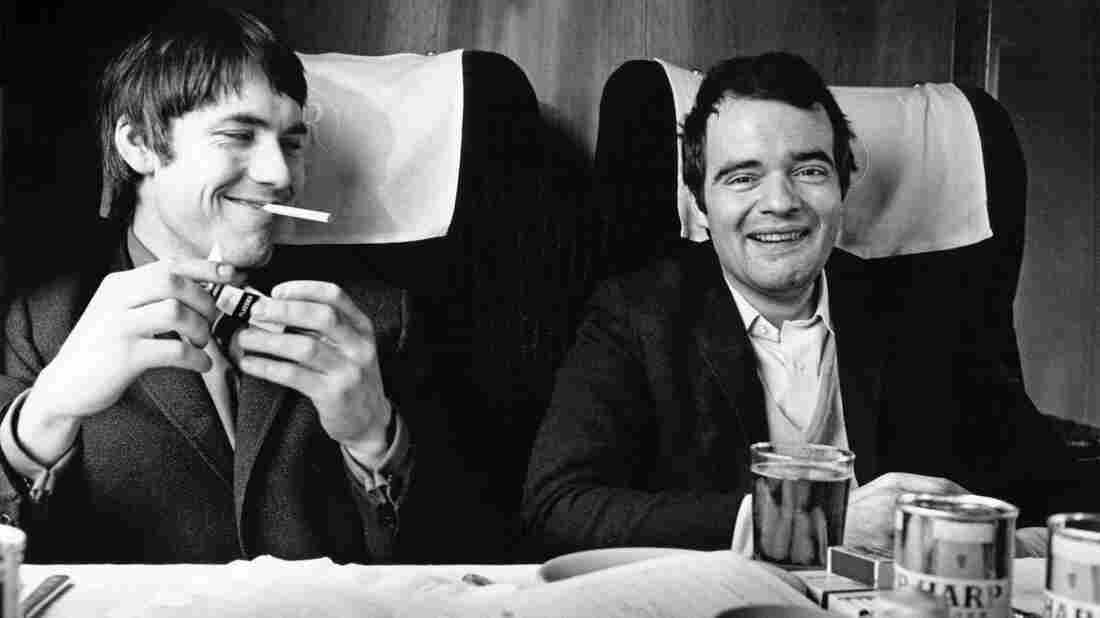 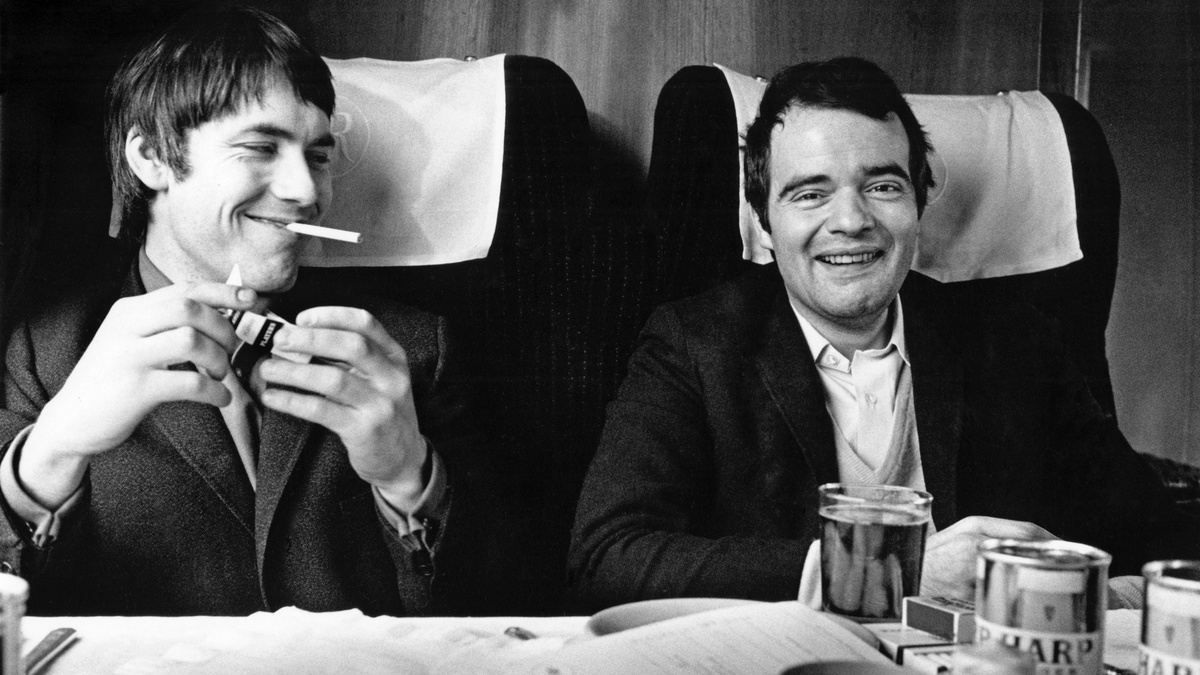 The novelty of Lambert & Stamp comes from the fact that it is a rock-n-roll documentary about band managers. Aren't they the ones who are supposed to quell the excesses of their outsized clients? Not Kit Lambert and Chris Stamp. If anything, according to first-time director James D. Cooper's film, the duo pushed the band they managed into the extravagant nuttiness it would become known for. Since that band was The Who, the story of Lambert and Stamp retroactively becomes particularly fascinating, even if the film celebrating them never rocks as hard as it could.

As observers of Britain's Mod scene in the 1960s and students of the French New Wave, artist chums Lambert and Stamp had hatched a plan to make a film about their favorite subculture (tailored suits, all-night clubbing) via its soundtrack. They wanted to follow a London band's rise to fame, and that band wound up being The High Numbers—Roger Daltrey, Pete Townshend, John Entwistle, and Keith Moon. Footage of one of the band's early basement-rock concerts gives a good sense of what the duo saw in the future megastars of the music world: close quarters, controlled chaos, energetic dances. Forget the film project: these guys were now band managers.

It seems that what set Lambert and Stamp apart from their manager contemporaries was their intellect, outsider status, and seat-of-the-pants finances. Stamp, brother of actor Terence Stamp, raised money for the group in the early going by taking remote assistant director jobs and wiring all his funds back to Lambert. In turn, Lambert, the Oxford-educated son of a classical composer, used his high status to finagle giant bank loans that went unpaid.

Lambert, especially, seemed to have no business messing around with rock music. Yet there he was anyway, devising the onstage styles for his clients, giving multilingual interviews to TV stations across Europe. He was also gay and had a steady stream of young men coming and going from his ritzy London apartment—the unfazed reactions of Townshend, who lived with him for a time, are an amusing window into The Who's easygoing nature. After falling into drug use and out of The Who in the '70s, Lambert died in 1981, but the film ably revives his essence through interviews and archival footage. He emerges as a more robust, idiosyncratic personality than Stamp—even though Stamp, who died in 2012, was the one able to add his voice directly to the movie. The ordering of their names in the title seems deliberate.

Daltrey and Townshend, The Who's two surviving members, also come out to sing the praises of their former managers. It's possible to detect remnants of some long-buried feuds: the film suggests that Lambert had taken a particular liking to Townshend and groomed him as a songwriting artist at the expense of frontman Daltrey. Cooper would have been wise to explore this angle in greater detail, since all the passion feels drained out and these segments drag more than they should. The accounts of how Lambert pushed Townshend from the sly humor of The Who Sell Out into the outrageously ambitious opera Tommy deserve more than a flat term paper on artistic inspiration.

Perhaps it's inevitable that the film's most engrossing footage is that of The Who themselves. They're the performers, after all, and Lambert & Stamp could have used more of them in action, or at least more information about how their relationship to their managers changed from the '60s to their falling-out in the '70s. The best joke is when a friend of the managers recalls asking if the band was good-looking as Cooper cuts to a vintage shot of the ungainly quartet. They weren't much to look at, but with a little backstage help, they saw for miles. Lambert & Stamp never makes it so far, but it's an admirable addendum to rock history.