Accessibility links
Questions For David Levithan, Author Of 'Hold Me Closer' Tiny Cooper, the breakout star of the 2010 novel Will Grayson, Will Grayson, steps center stage in its companion novel — a fully realized version of an epic musical Tiny's written about his own life.

Questions For David Levithan, Author Of 'Hold Me Closer'

Questions For David Levithan, Author Of 'Hold Me Closer' 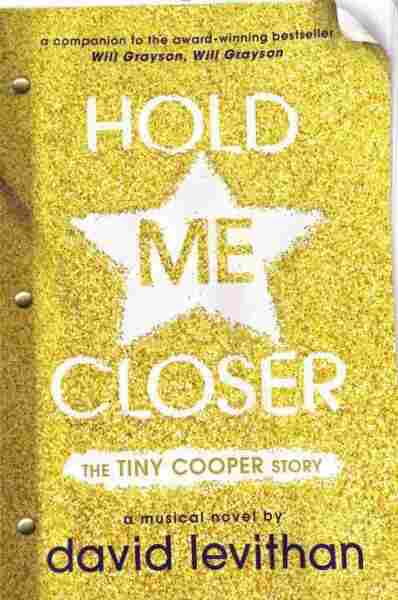 Tiny Cooper is your new boyfriend (well, not mine, he doesn't swing that way). Readers met the flamboyant high school football player and would-be musical impresario as a side character in the 2010 novel Will Grayson, Will Grayson and fell in love — about as quickly as Tiny did with each of his 18 exes.

In Will Grayson -- co-written by John Green and David Levithan — Tiny used those 18 ex-boyfriends as fodder for a musical version of his life. Now, Levithan has given Tiny his own starring role in Hold Me Closer, a fully realized version of that magnum opus.

In an email conversation, Levithan told me that as a teenager, he probably wouldn't have had the stamina to keep up with Tiny. "But my high school years would have been much more colorful and much more musical if he'd been around."

Whose idea was he, originally? And how did you decide to do a real version of Hold Me Closer?

Tiny Cooper was entirely John's invention, from his first chapter of Will Grayson, Will Grayson. But from the minute I heard John read that first chapter, I knew Tiny would find his way over to my side of the book. We like to say that he was born from one father, but raised by two dads. I got temporary custody to write Hold Me Closer. And the reason was because ... well, Tiny's full story needed to be told!

Will there ever be an actual stage version? Have any of these lyrics been set to music?

Let's hope there will be — I want high school productions, at the very least. And we deliberately decided not to put out an "official" score so people could make their own versions and post them on YouTube, Soundcloud, wherever. I'm really curious to hear what people come up with. I don't know how to write music myself, so I'm relying on the kindness of strangers.

Defining Joy And Heartbreak in A 'Lover's Dictionary'

Tiny often comes across as vastly wiser and more eloquent than your average teenage boy. Why is that? Has he just had a lot of therapy?

Never underestimate the power of knowing who you are from an early age and accepting it. (That said, he DOES have 18 ex-boyfriends, so there's still a whole lot he hasn't quite learned.)

Nerd question: There's a lot of back and forth between Tiny and his best friend Will about meaningful names (at least with regard to Hold Me Closer's characters) so since Will is someone who struggles with feeling like a sidekick, I have to ask — was he named after Dick Grayson, the original Robin?

Ha! No. Nor was he named after Will & Grace (another popular theory). John and I actually came up with the names separately. I chose Will because it's both a noun and a verb. John liked that "Grayson" was a homophone with "grace in." Batman, alas, had nothing to do with it.