Accessibility links
Review: Dwight Yoakam, 'Second Hand Heart' The country singer-songwriter's 15th studio album feels as fresh as anything he's ever done. Better yet, these songs were built to be played live. 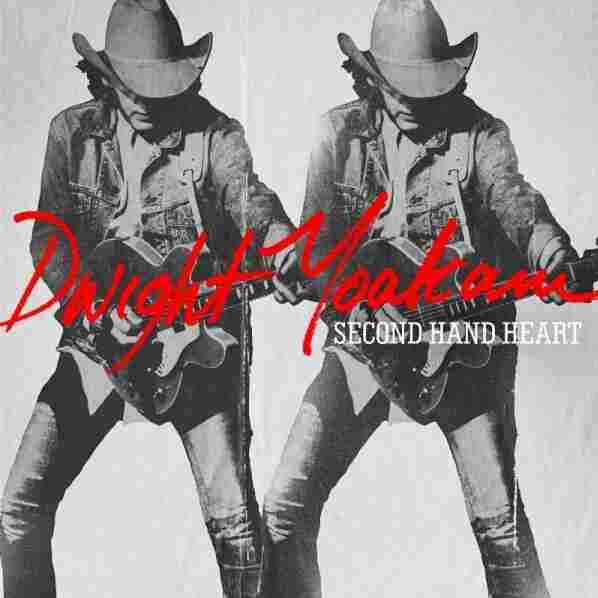 When Dwight Yoakam was making his first demos in Los Angeles in the early 1980s, a producer told him that his sound was "so hillbilly, they're going to call it rock 'n' roll." He was pointing to both the rawness in the Kentucky native's sound and its wicked precision, grounded in the great virtuoso art of bluegrass; and the depth of lyrics balancing the plainspokenness of Ohio Valley people who raised him and their eloquence, born of Bible reading and family-transmitted ballads and tales. "I've done a lot of miles on hillbilly highways. I mean hillybilly highways," Yoakam told interviewer Will Welch in 2006. "I don't mean stuff that comes out of the flatlands; I mean stuff that's like a corkscrew. And it was rough ridin' for me as a kid and I've done it a lot, and that's what I was writing about."

As a central player in the Southern California roots-punk revival, and later as a full-fledged country star with plenty of radio hits, Yoakam often traveled another curvy road: the Grapevine leading from L.A. to Bakersfield, where Merle Haggard and his eventual mentor Buck Owens kept Appalachian pluck alive even when Nashville turned toward suavity and string sections. Yoakam's 15th studio album puts him back in the old Cadillac as he connects the two asphalt tributaries of his creativity, both explicitly and in spirit.

The nasal drawl Yoakam affectionately adopts in the Owens-inspired "Off Your Mind" reminds listeners that country wit is as linked to Western swing and Hollywood cowboys as to the Grand Old Opry. His rockabilly version of "Man Of Constant Sorrow," the crown jewel of the Appalachian song tradition, proves the point about that region's so-called folk music being as hot and sexy as anything Elvis (from adjacent Tennessee) ever did. The King is a presence on Second Hand Heart, speaking through Yoakam's vocal inflections in the "Mystery Train"-reminiscent "Liar" and in the moody blueness of "Dreams Of Clay," which feels like one of Presley's Memphis sessions. So are The Beatles. Yoakam, a great formalist who borrows so gracefully from musical touchstones that he should be giving seminars to Robin Thicke, highlights the links between country and the British Invasion in "She," a thoroughly mod raver, and in the chiming ballad "Believe." His touring band, tight as those boot-cut jeans Yoakam's been wearing for 30 years, nails their leader's quick turns, and engineer Chris Lord-Alge lends the Yoakam-produced set a brightness that clarifies every connection.

If all Yoakam did on Second Hand Heart was show off his Ph.D in riffs and melodies, that would be pleasurable enough. But the songs he's written — all but two, "Sorrow" and the sweetly ruminative "Vs Of Birds" — highlight his other prime connection, to the hardscrabble poetics of Appalachian writers like Lee Smith and Sharyn McCrumb. (Add in Elmore Leonard, just because Timothy Olyphant's portrayal of Raylan Givens on the late crime novelist's program Justified owes such a debt to Yoakam, who's also a noted actor.) "In Another World" is a meditation on disappointment that morphs into a non-denominational psalm, and the album's title track is one of the most touching dialogues between two people who've almost given up on love since "The Second Time Around."

Yoakam has had a second time, and a third, in his long career. But this album feels as fresh as anything he's ever done — more so, even, than the rejuvenating, Beck-coproduced 3 Pears from 2012. Better yet, these songs were built to be played live. Time to fire up the long white car; those twisty roads are calling.