Accessibility links
Lord Huron Wants You To Dance At The Apocalypse The band's new album, Strange Trails, spins around a strong visual theme, with an imagined cast of characters that "collide sometimes" in Ben Schneider's world. 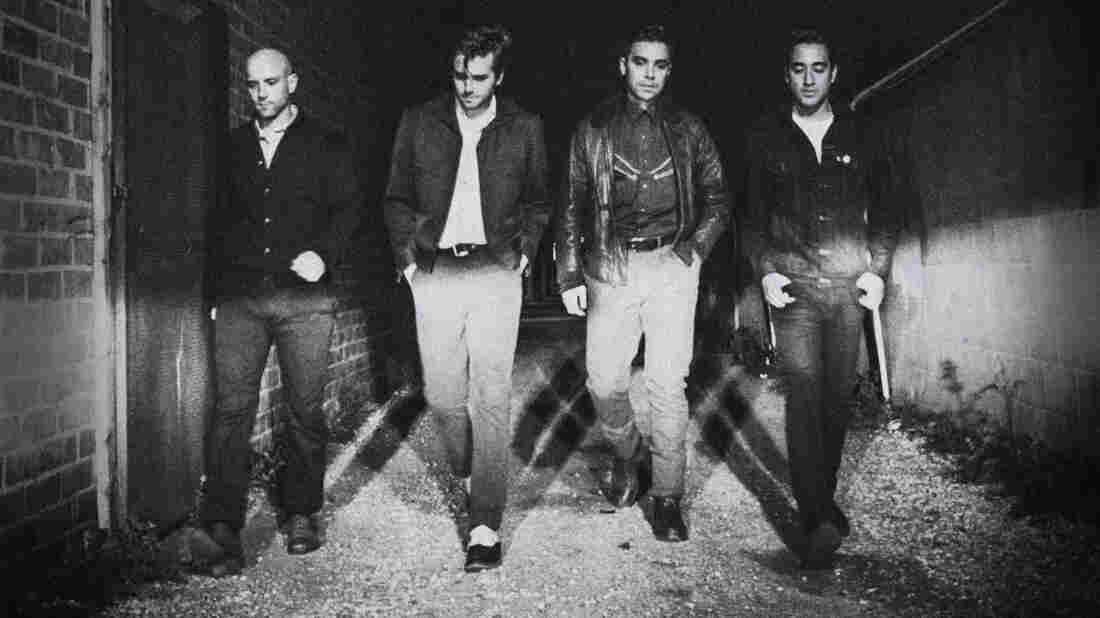 On the cover of Lord Huron's Strange Trails, trees are dripped with Spanish moss and the font is jagged and creepy — it looks like a pulp novel. Before trying his hand at music, Ben Schneider was a visual artist, and that's his handiwork on the album cover. Similarly, Lord Huron's songs spin around a strong visual theme, with an imagined cast of characters.

"That's the way I kind of envisioned it: There are all these separate tales from this world," Schneider says. "But they overlap and they tangle. And they collide sometimes."

For Strange Trails, Schneider creates a dark, apocalyptic world, filled with people rising from the dead and howling through the dark. At the audio link, Schneider tells NPR's Melissa Block about the leather-jacketed greaser gang in "The World Ender," a song brought to life in a comic book that accompanies the album.

There's also Buck Vernon, a "washed-up rockabilly country singer," who narrates "Fool For Love," and Frankie Lou, a "lounge singer who performs at this club called George's Place," who sings "Love Like Ghosts." Lord Huron even throws a party for the end of the world in "Until The Night Turns," written from the perspective of Johnny, a member of the greaser gang.