Accessibility links
Homeless Families Wait Longer For Shelter Under Seattle's System Even with vacancies, most Seattle shelters don't let families stay right away. A system designed to alleviate homelessness has resulted in a bottleneck that leaves families on the streets for longer. 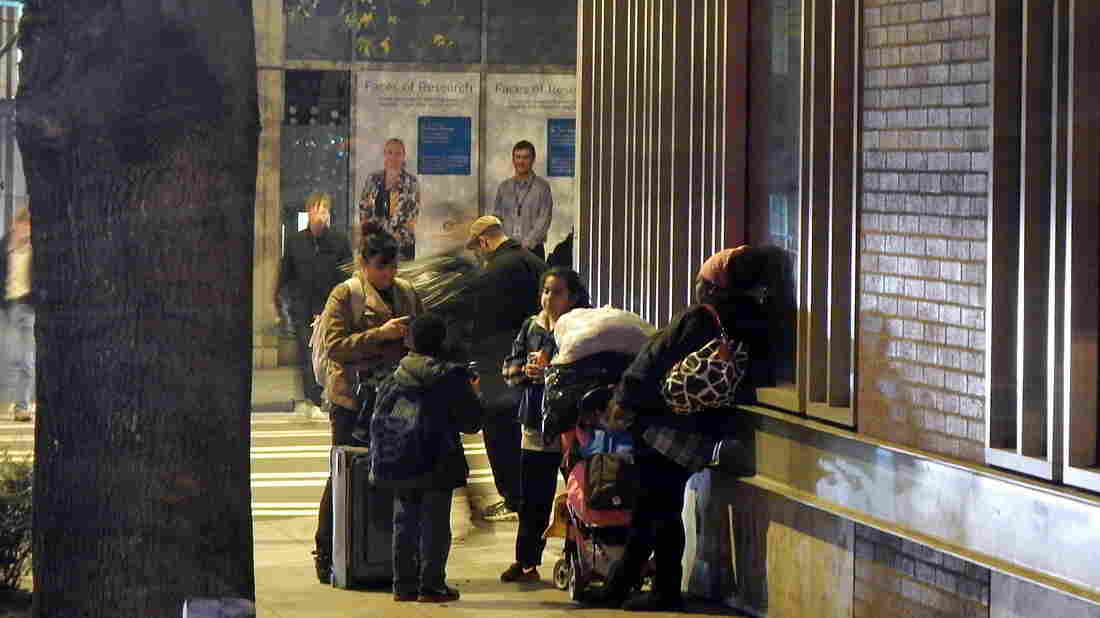 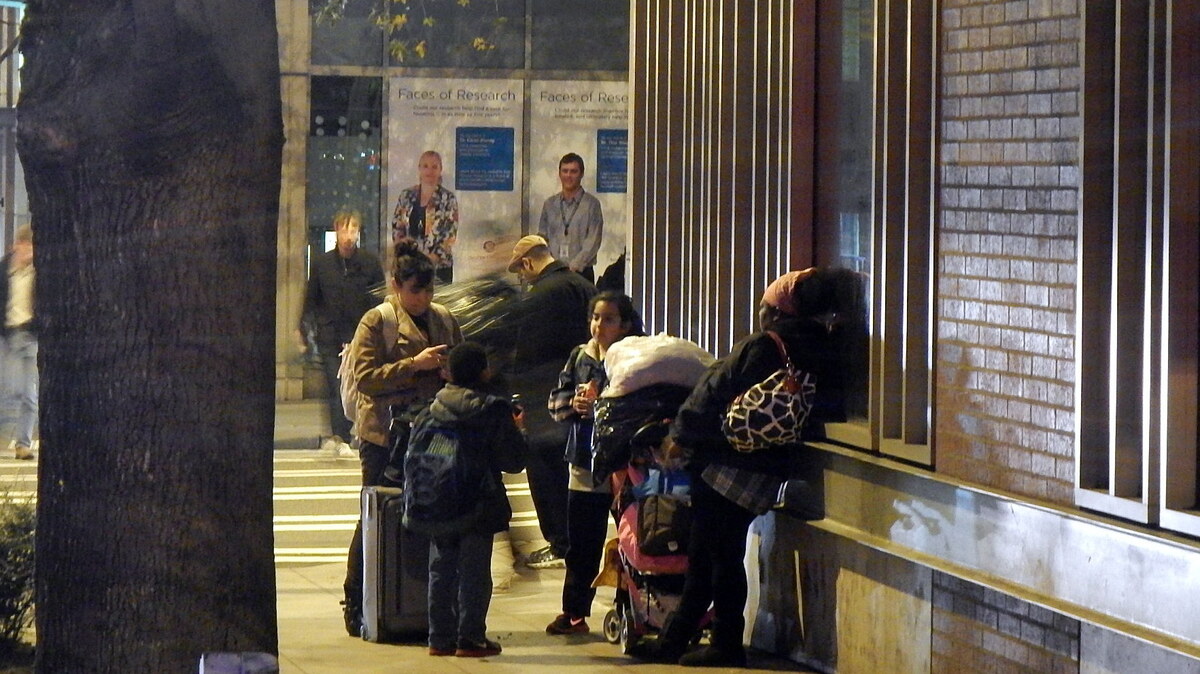 If you have an emergency, you dial 911. If you find yourself in need of emergency food or shelter, you can dial 211 — but help might not come very soon.

On a busy morning at Seattle's Crisis Clinic, specially trained operators such as Alex Williams, handle a flood of 211 calls.

"We do try to stress that, unfortunately, because the need is so great, it isn't likely to be immediate, and it could be months, even, before they are placed in a shelter," Williams says. "It can be frustrating and difficult to deliver that message."

The hotline connects callers to all sorts of services. In the Seattle area, it's also the front door for a program called the Family Housing Connection.

Under that program, homeless families typically wait more than six months before they land a spot in some kind of low-income housing.

Nationwide, the need for shelter dwarfs what governments and charities have been able to provide for the homeless.

That gap is worsened in the Seattle area by the bottleneck of the Family Housing Connection, located in King County.

Capricha Alfred is stuck in that bottleneck.

"I'm staying in a night shelter," she says. "Been there since July."

I met Alfred and some other homeless moms at a day shelter called Mary's Place.

Before getting into a shelter, Alfred and her son had spent about nine months couch surfing and staying in her car.

"I was also going to school and trying to at least keep life somewhat normal," she says.

The Family Housing Connection is a centerpiece of King County's plan to end homelessness. It's a centralized way for homeless families like Alfred's to get help.

They just make a phone call to 211, and the Family Housing Connection takes over from there. 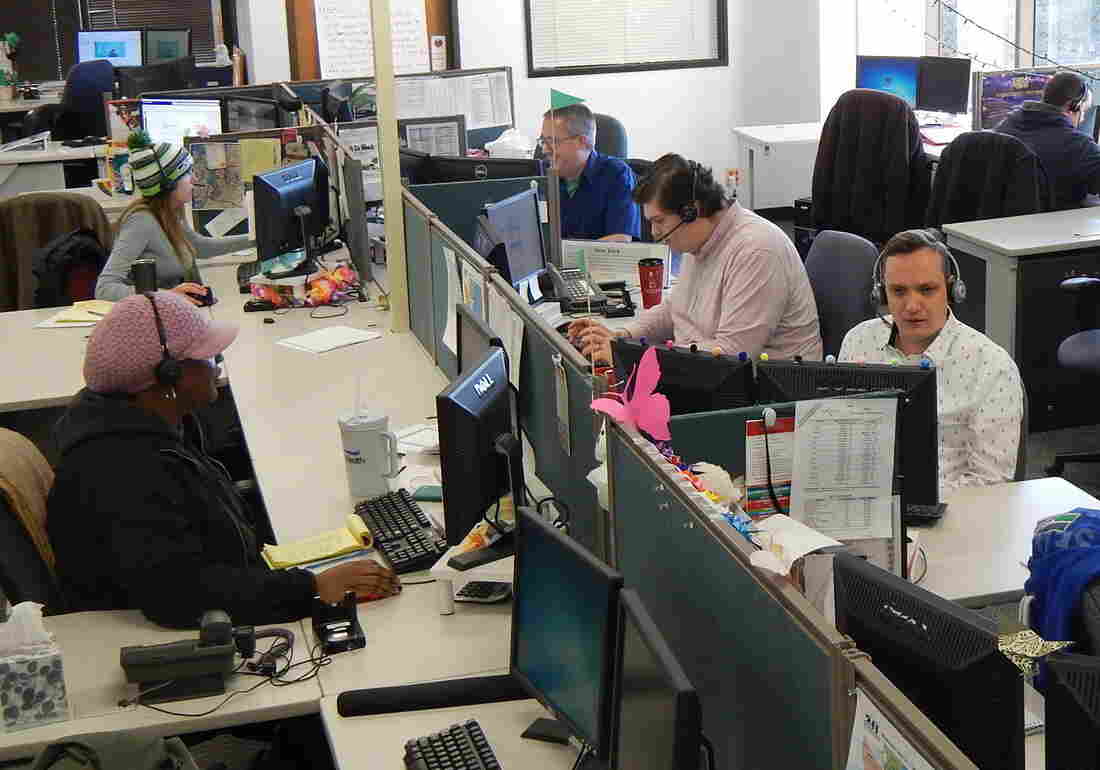 At Seattle's Crisis Clinic, specially trained 211 operators connect callers to services designed to help homeless families. But what governments and charities have been able to provide can't keep up with the great need for homeless shelters. John Ryan/KUOW hide caption 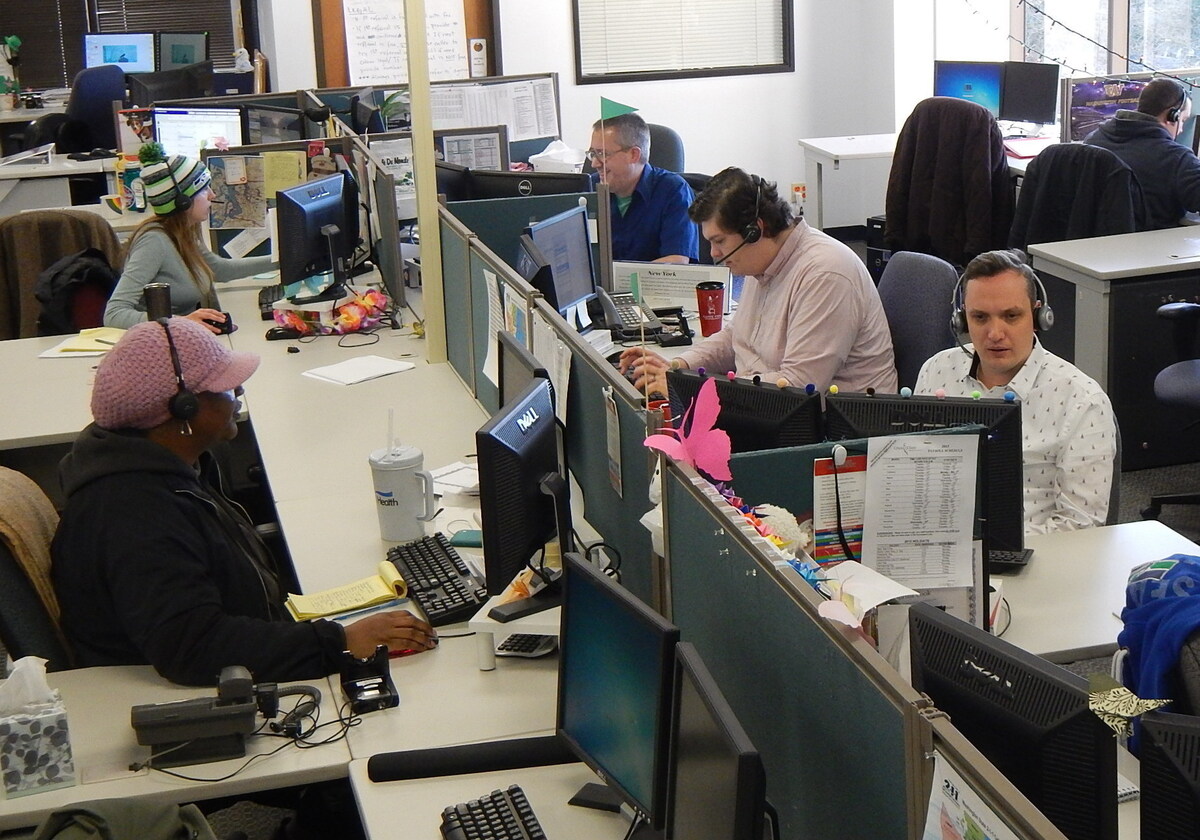 At Seattle's Crisis Clinic, specially trained 211 operators connect callers to services designed to help homeless families. But what governments and charities have been able to provide can't keep up with the great need for homeless shelters.

"They put you in a database, and they say, 'Well, if someone is looking for you or someone like you, then we'll call you,' " Alfred says. "And it's like, 'OK, so what do I do 'til then?' The concept was probably, you know, meant well, but it doesn't work."

Homeless families often have what are called "barriers" to getting housing, which could be anything from a criminal record to poor mental health. And each shelter or housing program has its own criteria for deciding who qualifies to live there.

Jennifer Cicardini and her kids have been homeless since June. She says she's been turned down for housing because she lost her kids' social security cards after they all lost their home. She's trying to replace the cards.

"I'm on a lot of different waitlists throughout Washington," Cicardini says. "Some of those waitlists are years long, I know that."

"It's a struggle, but there is places and resources out there that are willing to help. You've just got to kind of go out there and find it."

Most Seattle area shelters don't let families just show up or call to get in that night, even if the shelter has empty beds. That's unlike emergency shelters for single people.

Family shelters in King County have up to 20 percent of their apartment-like units empty each night, and not for lack of demand.

Homeless Man Encourages Others On The Streets To 'Get Up'

"We have 500 homeless families on the streets, and we have vacant shelter beds," says Sharon Lee, head of Seattle's Low Income Housing Institute. "You're waiting, waiting, waiting. So how is this an emergency crisis response to homelessness?"

Managers of family shelters say some vacancies are inevitable. But they say the Family Housing Connection makes the problem worse.

The officials who created the program say the long wait for shelter predates their 3-year-old system.

But they acknowledge it's not working well, and they're trying to fix it.

King County was one of the first communities to create a central portal for homeless services. Now, they're a federal requirement. Other communities are struggling to set up or reboot their programs.

The Obama administration expects to issue new regulations this summer on how to serve the homeless more effectively.