Accessibility links
'The Sisterhood Of Night' Wonders What These Girls Are Up To Ella Taylor says this heartfelt first feature appears at the beginning to be trafficking in cliches about teenage girls, but it ultimately asks questions about secrecy and the growth of public fear.

'The Sisterhood Of Night' Wonders What These Girls Are Up To

'The Sisterhood Of Night' Wonders What These Girls Are Up To 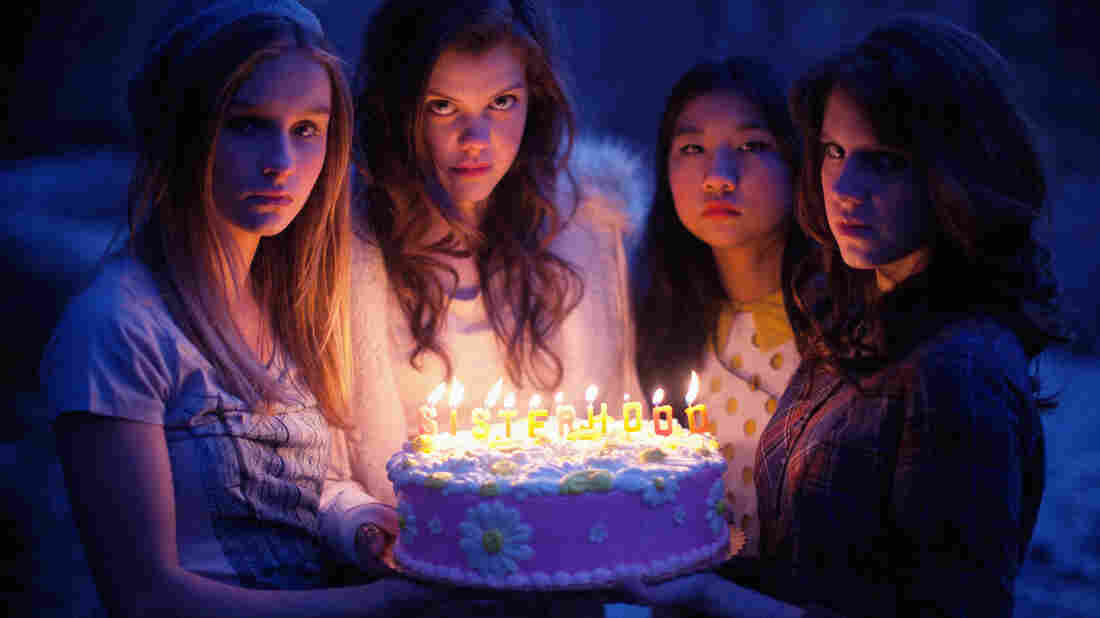 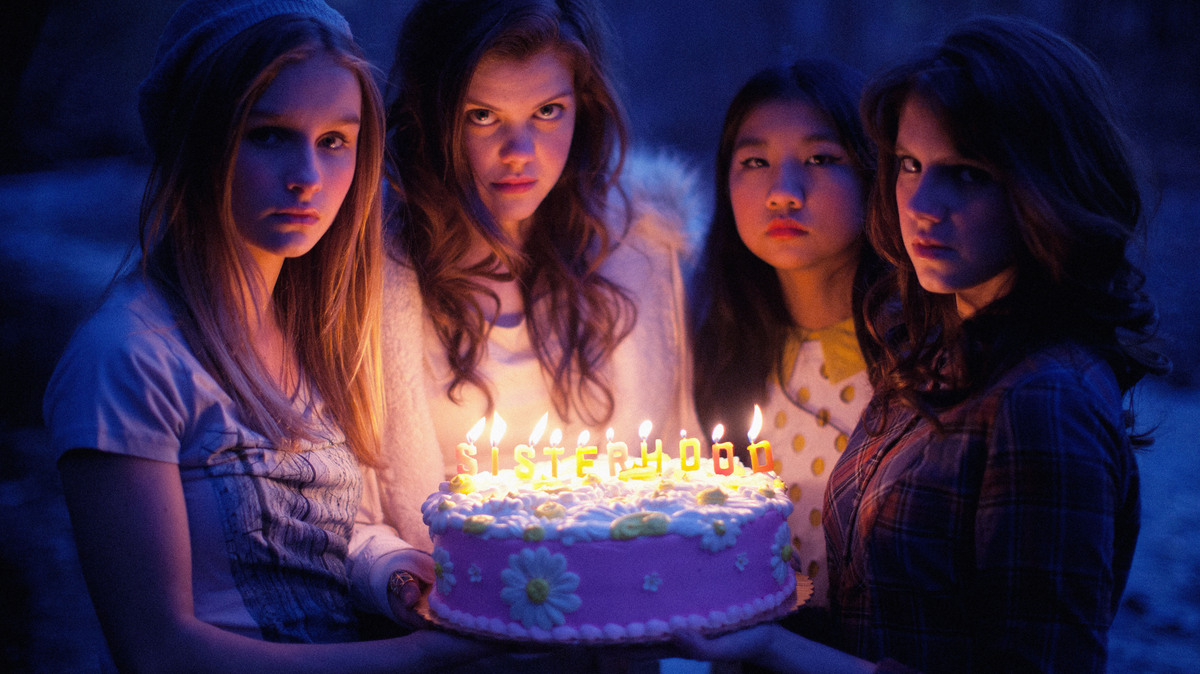 For a while The Sisterhood of Night, a spry, heartfelt first feature about teenage girls doing strange things in woods by night, appears to traffic in every easy cliché we adults use to bind female adolescents into knowable aliens. Led by charismatic underachiever Mary (played by former Narnia child Georgie Henley, all grown into a slightly unsettling resemblance to the young Eileen Brennan), a growing band of girls in a small Hudson Valley town take to the forest after dark, apparently to grow a satanic cult or something. The lighting is murky, the leaves rustle; mysterious notes are passed to prospective recruits; now and then, things get a bit Blair Witch.

Are there blood rituals? Is there aberrant sex play? Gossip girl Emily (Kara Hayward), an unwelcome welcome guest at the proceedings, thinks so. Leaping at the chance to play victim, Emily takes to the blogosphere to spread rumors of bullying and worse. Naturally, the grownups freak out. Naturally, the girls clam up. Worse yet, they go offline: This may be the first movie to propose the Internet less as a source of youthful malice than as a failed parental tracking device.

Written by Marilyn Fu and directed by Caryn Wachter, The Sisterhood of Night breezily restructures a 1994 short story by Steven Millhauser that retells the witches of Salem tale through the testimonies of anxiously befuddled adults. In the movie, distraught parents, teachers and a sympathetic guidance counselor (a miscast Kal Penn, who looks as if he's about to burst into song or laughter) also get their say, mockumentary-style. Fu and Wachter switch the time frame to delay critical revelations and shift the burden of witness to three girls struggling with the usual domestic difficulties of parental strife or absence.

A tragedy follows, but the movie doesn't dwell on it long. I doubt whether Millhauser would condone the giddy uplift at the close. Still, in one important respect, the filmmakers have kept the faith. The big reveal in both the short story and the film has less to do with what the girls have really been up to than with the ferment of public fear, espionage and reactive anger that takes root in the presence of silence and the unknown.

Fu and Wachter honor both the loneliness and isolation of adolescence (and of the adults), but in The Sisterhood of Night it's the teens, not the adults, who end up as reliable narrators. Hover all you like, elders, the sisterhood might say on emerging from its vow of silence. Secrecy is not your enemy, nor is it ours. It's the place where we busy ourselves building bulwarks that, with luck, will carry us through the same bumpy lives you're living now.