Accessibility links
Book Review: 'The Indian' By Jón Gnarr Jón Gnarr, the punk rocker turned mayor of Rekjavík, paints a beautiful but disturbing portrait of a misfit childhood in his new novel. Critic Michael Schaub calls it hypnotic and heartbreaking.

Autobiographical 'Indian' Probes A Painful Past

Autobiographical 'Indian' Probes A Painful Past 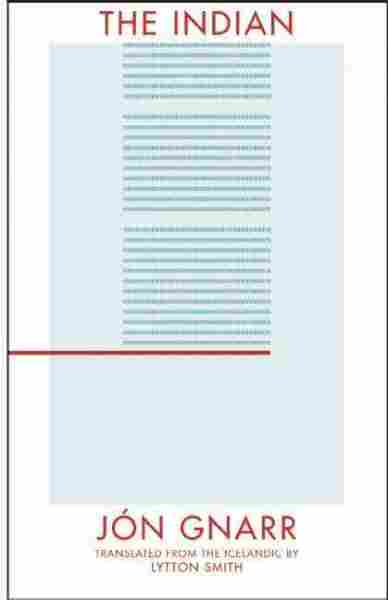 by Jon Gnarr and Lytton Smith

"How are you meant to behave?" asks Jón Gnarr in his autobiographical novel The Indian. "What are these invisible rules that I don't know? What is 'normal'?" It's possible that Gnarr, the punk rocker turned comedian turned mayor of Reykjavík has never known what normal is, and thank goodness for that.

He won election as the leader of Iceland's largest city after jokingly promising, among other things, to construct a huge statue of his longtime friend Björk, the singer-songwriter, in a harbor. (The statue — never built, sadly — would have shot lights from its eyes.) After shocking the Icelandic political establishment by winning the race, he became a popular mayor; early in his administration, he led Reykjavík's gay pride parade while wearing drag.

It's tempting to think that Gnarr doesn't care what people think; his entire career seems to be a testament to that. But in The Indian, a chronicle of a young boy's early childhood in a Reykjavík suburb, Gnarr paints a beautiful but disturbing portrait of a misfit painfully aware that he's not like anyone else. "I'd like to be a part of things. It's just that I'm a bit weird. I'm not like the others," he writes. "I feel bad about myself. I don't feel good inside. I feel so bad that I get tears in my eyes when I think about it. So I don't think about it. Everyone gets tired of me sooner or later."

The Indian is technically fiction, but Gnarr makes it clear it's based solidly in reality. "It isn't totally true, although there aren't any total lies in it either," he writes in an author's note. "But all memory is fiction. Our brain is the greatest master of deceit in the universe." Whatever the proportion is, it works, and either way, the book goes a long way to explaining the wild, exuberant phenomenon that is Jón Gnarr.

The narrator of the novel, also named Jón, is the youngest child of an older couple; his mother is a conservative cafeteria worker, and his father is a devotedly Communist police officer. Jón takes on the role of class clown early in his schooling; he makes jokes and puns which delight his classmates and annoy his teachers. It's not really intentional, though: "The words repeat over and over inside my head; I get them in my brain and cannot get them out except by saying them out loud," he writes. But he pretends it's on purpose, realizing that it's "better to be a comic than a moron."

The Comedian Who Ran For Mayor

Jón is troubled, with little to no impulse control — he engages in violent fights with neighbors, starts a wildfire that almost turns disastrous, and pierces his own ear with a needle at a school dance. He has few solaces, just the comic books and television shows he adores, and his fantasy of one day moving to Arizona to become a Native American warrior. His parents, well-meaning but distant and feckless, take him to a psychiatrist who concludes, "If the boy's environment is not to blame, I strongly suspect he is brain damaged."

There's something both hypnotic and heartbreaking about Gnarr's writing, beautifully translated in this book from the Icelandic by Lytton Smith. Gnarr fully inhabits the young Jón, whose self-hatred and desperation threaten to destroy him. It's impossible not to feel for the narrator, who even in grade school is beset by a horribly powerful depression: "I don't want to be me. I don't want to be here. I want to go far inside myself, further, deep down where no one can bother me and no one is mad at me."

The Indian ends abruptly, with no sudden realization by the narrator that everything's going to be all right after all. There is no epiphany, no deliverance. And while it's painful to read — Gnarr is a gifted comedian, but there's not much humor here — it's also oddly comforting to anyone who grew up with childhood depression. Jón Gnarr never did move to Arizona (although he's currently living in Texas), but he grew up to be the kind of person young Jón would admire — a comic who's spent much of his career trying to make his hometown a better, more humane place. Let "normal" people have their "normal" heroes. The rest of us have Jón Gnarr, and the world's a better place for it.

Read an excerpt of The Indian