Accessibility links
Review: San Fermin, 'Jackrabbit' Some of the pretty grandiosity of the band's debut moves aside to make room for grittier energy, while Jackrabbit roots around for big ideas amid arrangements that clamor and storm. 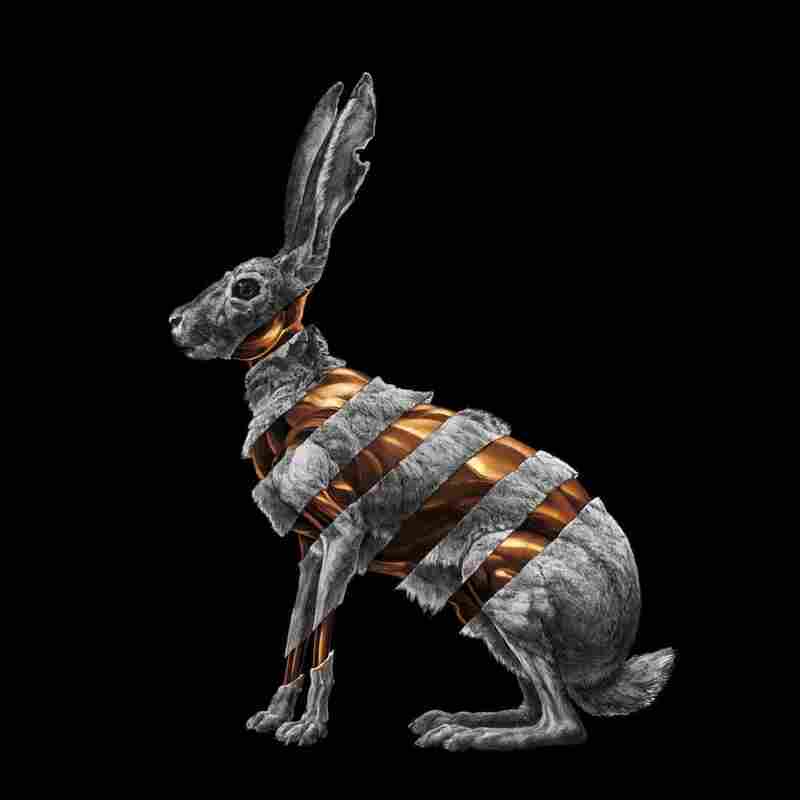 San Fermin's 2013 debut brims over with ideas: The brainchild of one guy, classically trained Brooklyn composer and multi-instrumentalist Ellis Ludwig-Leone, it's a nearly hourlong feast of gorgeous chamber-pop storytelling. Ludwig-Leone doesn't sing on San Fermin — those duties are turned over to Allen Tate, whose voice often recalls that of Bill Callahan, and to the women of Lucius — but that album's vision is one entirely of his making.

On Jackrabbit, Ludwig-Leone's vision stretches to accommodate San Fermin's own growth: Though Lucius has been replaced by a single voice (belonging to Charlene Kaye), the band has officially swelled to a more-or-less full-time octet, whose many live performances together have helped give San Fermin's music a looser, nimbler feel. Some of the prettily precise, mannered grandiosity of San Fermin moves aside to make room for grittier energy, while Jackrabbit roots around for big ideas amid arrangements that clamor and storm.

Conflict brews throughout Jackrabbit, which opens, unsettlingly enough, with a death in the woods near a school ("The Woods"). From there, Kaye and Tate take turns touring the underside of the human psyche — "Gotta get out of my head tonight," the latter sings in "Emily," echoing a recurring theme — en route to "Billy Bibbit," in which the singers implore the titular Billy to "get out of your mind" (there it is again) and "give in to love." Even if Kaye didn't throw in the helpful reminder that "we're all gonna die," the rest of Jackrabbit is there to make clear that even the tidiest, most hopeful epiphanies come with a journey and a cost.