Accessibility links
Meditating On Maisie Dobbs, Our Favorite Intuitive Detective Psychologist This trip in the Time Machine, we're looking back at Jacqueline Winspear's well-loved Maisie Dobbs books. Reviewer Bobbi Dumas says there are interesting times ahead for the nurse-turned-sleuth. 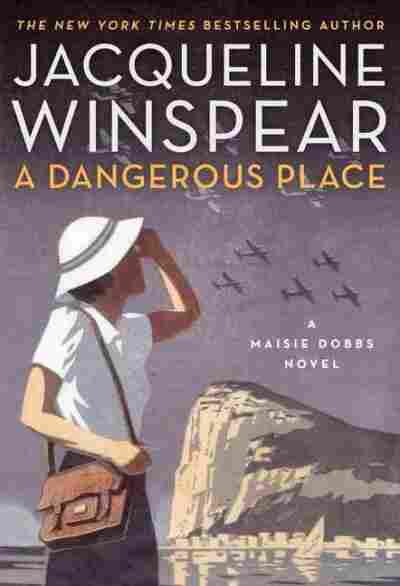 I'm a romance advocate, and one reason I love romance novels is because they're full of strong, smart, resilient women. But, like many romance fans, I read eclectically – which brings me to another strong, smart woman: Maisie Dobbs, the World War I nurse-turned-sleuth created by Jacqueline Winspear.

We first meet Maisie in 1929, as she is opening her own detective agency. Her mentor, Dr. Maurice Blanche, has retired, and she's about to take on her first case, a young wife who might be having an affair, or so her husband believes. But Maisie discovers the woman is mourning a childhood friend lost during the war — and in getting to that truth, she opens up a wealth of questions about The Retreat, a sinister institution that purports to be a home for shellshocked veterans.

Maisie would be interesting enough as a combination psychologist, empath and detective, but Winspear endows her with a rich backstory. Young Maisie becomes a maid in a London mansion after her mother dies. Then, the lady of the house catches her raiding the library, recognizes her potential, and brings in Dr. Blanche as a tutor. Eventually Maisie goes to Cambridge and then to the Western Front as a nurse. There's a tragic romance and psychic wounds that Maisie — along with the rest of Europe; no one went untouched during the Great War — must overcome, and the journey will span years, not to mention several more books.

Most entries in the series begin with a conventional mystery: A suspicious death, a missing person, a family's desire for closure — but once Maisie gets involved, she plugs into a secondary, connected storyline. Sometimes it's her need to reconcile something from her own past, but often it's a parallel mystery with a broader canvas and a modern resonance: Economic disparity, racial tensions, health care, and the brutal treatment of "the other" all make an appearance.

And Winspear pays particular attention to issues of class. Thanks to her education and Dr. Blanche's mentorship, Maisie has been able to leapfrog social classes, occasionally causing trouble with friends, employees and even her father. Uncomfortable with wealth, especially when so many others are struggling, she still socializes with the upper crust. And those closest to her don't always appreciate her actions, despite her good intentions.

Maisie's latest adventure, A Dangerous Place, begins four years after the end of her last, Leaving Everything Most Loved — and it's a departure from the series' usual structure. Maisie has traveled the world and endured unspeakable tragedy. On the way back to England by ship, she finds she can't bring herself to go all the way home, and disembarks in Gibraltar, where she literally stumbles over a murder victim. It's 1937; the world is truly becoming a more dangerous place, and just as her devastating personal story reflects the revolutionary turmoil in Spain and a rising global restlessness, Maisie's geographical remoteness mirrors her psychological isolation.

We barely see any of the familiar cast of secondary characters: Maisie's best friend Priscilla, Lady Compton, and stepmother Brenda appear via worried letters urging her to come home, but we miss her usual sounding boards, helpmates and safe havens, especially her assistant crime-solver, Billy Beale, who's almost entirely absent. At the end of the book, we're left with the feeling that Maisie is moving into even darker places, places that promise mystery and intrigue, but make those of us who like a bit more light in our storytelling hope for the same for Maisie.

Not that we expect it, though. Maisie Dobbs is nothing if not a truth seeker, and we know what the years ahead of 1937 hold. Maisie is a smart detective who moves easily through disparate social strata. With the clouds of war gathering, we can only expect that the British government will have uses for such a clever and effective woman, though Maisie is never one to work solely toward someone else's agenda. Interesting times ahead.

Bobbi Dumas is a freelance writer based in Madison, Wis. She writes, blogs and reviews for Kirkus Media, and celebrates romance and women's fiction on her website ReadARomanceMonth.com