Accessibility links
Britain Backs Away From World Stage In Lead-Up To Elections As the U.K. heads into elections, its role on the world stage is shrinking. Foreign policy is barely an issue for British voters, as the country remains focused almost entirely on domestic issues. 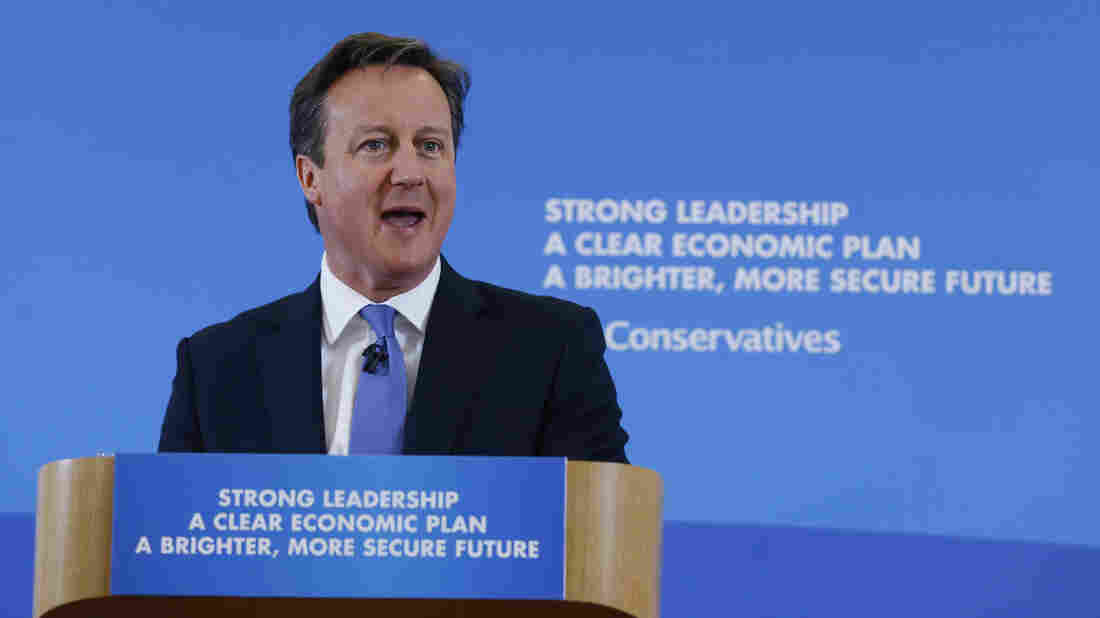 British Prime Minister David Cameron delivers a speech on April 12, 2015 in Cheltenham, England. Britain goes to the polls in a general election on May 7. But campaign slogans and speeches — from Cameron and his rivals — won't carry many references to international affairs. WPA Pool/Getty Images hide caption 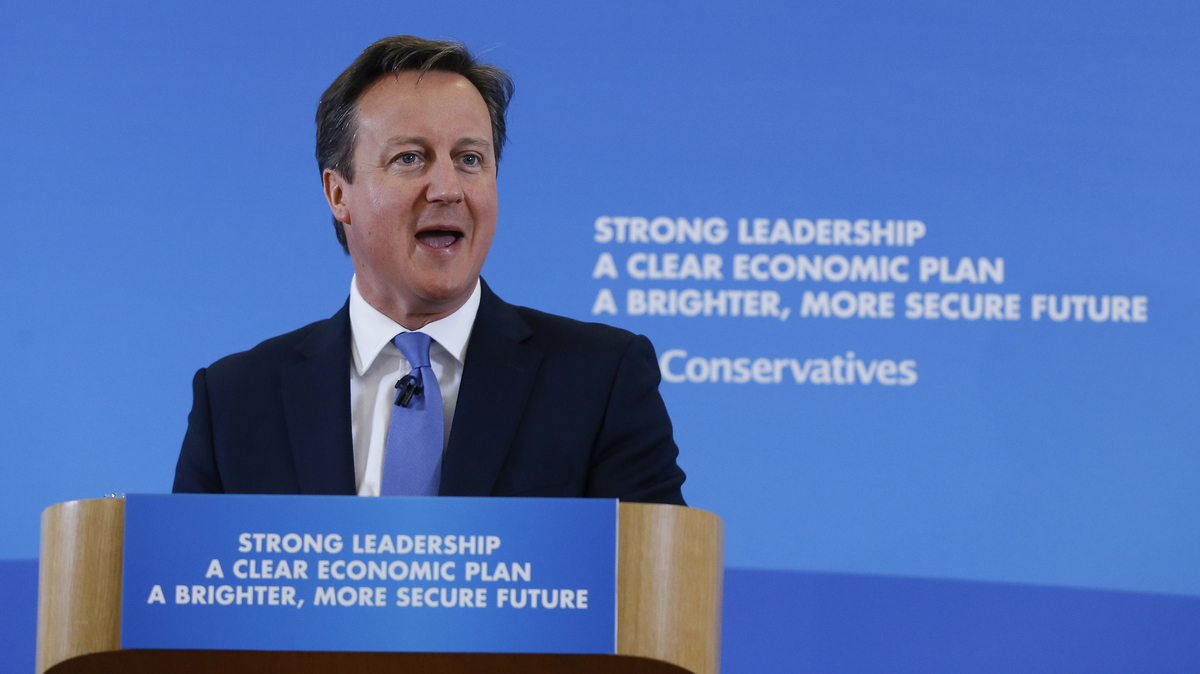 British Prime Minister David Cameron delivers a speech on April 12, 2015 in Cheltenham, England. Britain goes to the polls in a general election on May 7. But campaign slogans and speeches — from Cameron and his rivals — won't carry many references to international affairs.

In war and in diplomacy, Great Britain has always been a global leader. Next to the United States, it had the largest footprint in Iraq and Afghanistan over the last decade.

But now, something has changed. The United Kingdom is pulling back from the world stage.

Take recent meetings of European leaders, for example. This may be the most unstable time in Europe since the end of the Cold War, as Russia has seized Crimea and is supporting a war in Eastern Ukraine.

But when leaders met to negotiate a peace treaty in February, the German chancellor and French president led the talks between Russia and Ukraine. Britain's prime minister wasn't at the table.

Why Russia's Economic Slump Has Been Good For London

And, Britain won't be there on Monday when the foreign ministers of those countries meet in Berlin to assess the fragile truce in eastern Ukraine.

This absence goes beyond the crisis with Russia.

"I think Britain has taken leave from the world stage in an extraordinary and depressing way," says Timothy Garton Ash, a professor of European Studies at Oxford University. "It's marginalized itself in Europe, and it's absented itself from most of the great issues on the world stage."

Boko Haram in North Africa, the nuclear deal with Iran, the civil war in Syria and more: These are all global crises, but ones where Britain plays a minor role, if any.

That was a painful lesson for Cameron, but it might have been predictable, given the last decade.

Iraq and Afghanistan are huge traumas for the U.K., as many people in Britain still believe the U.S. dragged the U.K. into those wars. And a few years ago, Britain helped lead the fight in Libya to oust Moammar Gadhafi, but that didn't go well either.

"Of course it achieved its immediate objective, and Gadhafi was overthrown," says Malcolm Chalmers, director of the the Royal United Services Institute. "But the outcome of that intervention is far from being a happy one. Libya is a failed state, with a civil war going on, with Islamist extremists gaining a safe haven there, which they didn't have before."

That might explain why Britain is sitting out military conflicts, but the country is also pulling away from diplomacy and international organizations such as the European Union. Cameron wants to let British voters choose whether to leave the alliance.

"What I'm doing is putting the country first and saying the people of the United Kingdom should be able to have a choice," Cameron says.

The U.K. is in the middle of an election campaign where international affairs barely come up at all — because the parties generally agree. They all want to shrink Britain's military budget, which worries American security experts.

Ordinarily the U.S. would try to amplify British voices arguing for a stronger international presence.

But in the U.K. these days, it's hard to find anyone making that argument at all.