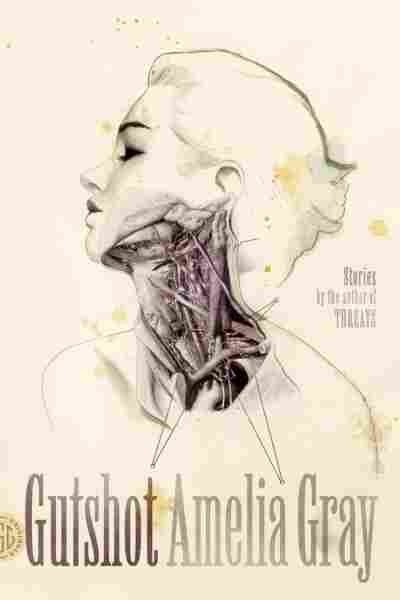 There's a label that occasionally gets slapped on works like these. I'm sure you've heard it before: "This book," reads the label's inevitably bold lettering, "is not for the faint of heart."

It's put there sometimes by censors, more often by sensationalizing marketers, and it always aims to warn you about things like Amelia Gray's Gutshot — a book brimming with blood, sexual deviance, mucus and madness. A book, in other words, that won't fail to make you shudder once or twice.

Allow me, then, to layer on a warning of my own: A label like that one won't quite fit.

Now, that's not to say that this collection of stories makes for a comfortable read, exactly. Just about the whole collection, each story no more than a handful of pages, finds most of its characters defined by the extremity of their situations — or quirks, or insecurities — yet they deal with it all as a matter of course. A postal worker can't speak more than a few words at a time without vomiting bile into an empty soda bottle, but his co-workers figure he's just got a chewing tobacco habit. A couple's mutual castration is taken as typical, just another of those compromises that make for a happy relationship. And a Christmas-themed joyland may sit at the end of a local firing range, but luckily, they've got a protocol in place in case of injury:

"Cast members are permitted to treat wounds in the spirit of Christmas, for example by compressing a blood-soaked trouser with holly leaves while singing 'Silent Night.'"

In this story — called "Christmas House," of course — Gray steps into George Saunders territory, borrowing a bit of his wry humor and penchant for theme parks. At other times, in some sketches that read like parables, she echoes Jorge Luis Borges — as in "Device," when a future-telling instrument returns ever-fewer answers, speckling the silence finally with a single, repeated phrase: "Algae and bone."

For the most part, though, Amelia Gray sounds like no one else. Her writing is by turns horrifying, funny, sexy and grotesque, but woe be to those who want to pin it down as horror, comedy, romance or fantasy. Sentence by sentence, these stories are simple, rarely complicated by rhetorical flourishes or formal experimentation, but the scenes they build can be deeply complex — and the emotions they summon often contradictory, too. And, at the beating heart of it all, Gray's on a quest to reclaim the body's rightful place in literature — the clumsy, bloody, inconvenient body, which so often gets left behind in high-minded drama. 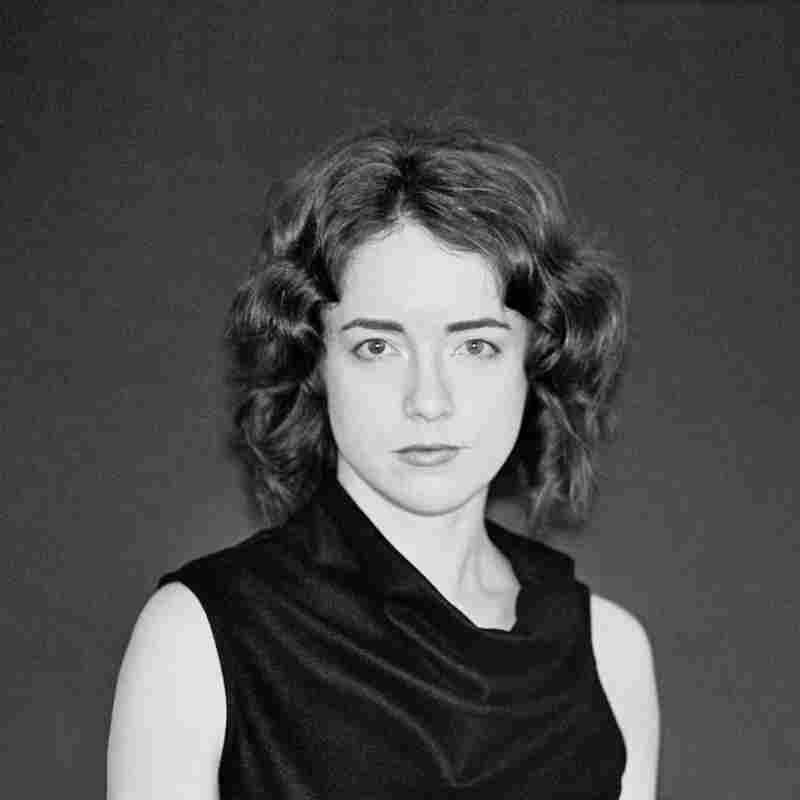 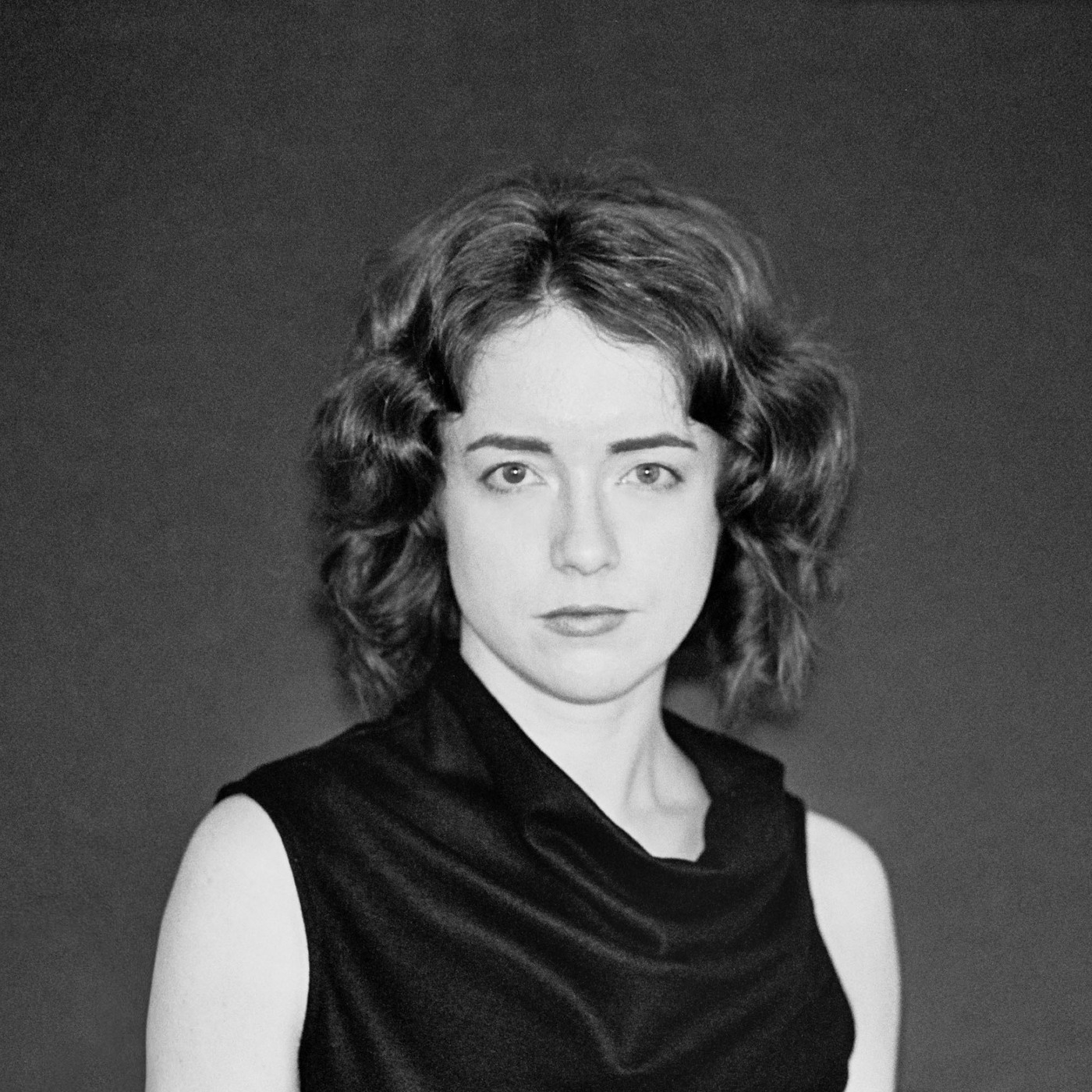 Gutshot author — and writer of Threats and AM/PM — Amelia Gray.

That rebellion's alive when a rote restaurant scene gives way to shredded clothes and torn-off limbs, and when even swans are knocked off their poetic pedestal, portrayed as the mucky, pooping creatures they really are. (Yes, alarming but true: Swans poop, too.)

But perhaps it's best evident in the, um, tastefully named "Fifty Ways to Eat Your Lover." Fifty sentences, each one constructed as a kind of pairing: In the first half, a perfectly bland note about a developing relationship; in the second half, a depiction of cannibalism so extreme it's played to parody.

"When he stops by your place after work," for example, "crush his skull with a tire iron and lick his brain."

The relationship arcs the same way we've seen a thousand times on TV, even as it's shaded — and even shaped — by the grotesque repetition it fails to recognize. Both halves to the story pack a violence of their own, yet it's because one side's over the top that we get a glimpse of all that's roiling under the surface of the other. In this way, the bloody and the banal, the magical and mundane don't so much work in opposition as link arms together, distinct but inseparable.

At one point, one of Gray's characters observes of her home, "Every room was replete with blood-bearing potential." In fact, one might say the same of Gray's book. By baring a bit of blood to the world, she reminds readers we're blood-bearing creatures after all, not just selves but bodies with beating hearts. And, yes, in this sense at least it's true: Gutshot doesn't tolerate faint hearts.

Read an excerpt of Gutshot