Accessibility links
Who Was John Wilkes Booth Before He Became Lincoln's Assassin? On the 150th anniversary of President Lincoln's death, Morning Edition's Renee Montagne and historian Terry Alford explore John Wilkes Booth's life, and how the assassination affected his family. 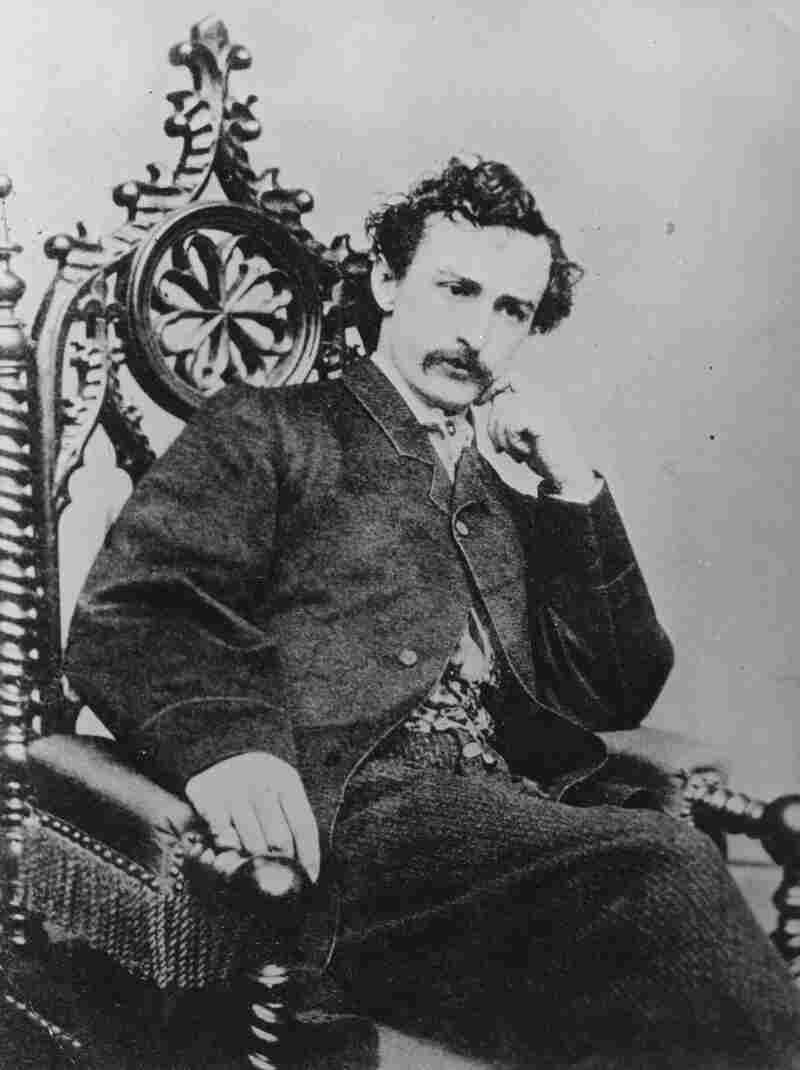 John Wilkes Booth was the son of prominent, wealthy actors. He, too, became an actor and was so popular, he was one of the first to have his clothes ripped off by fans. Hulton Archive/Getty hide caption 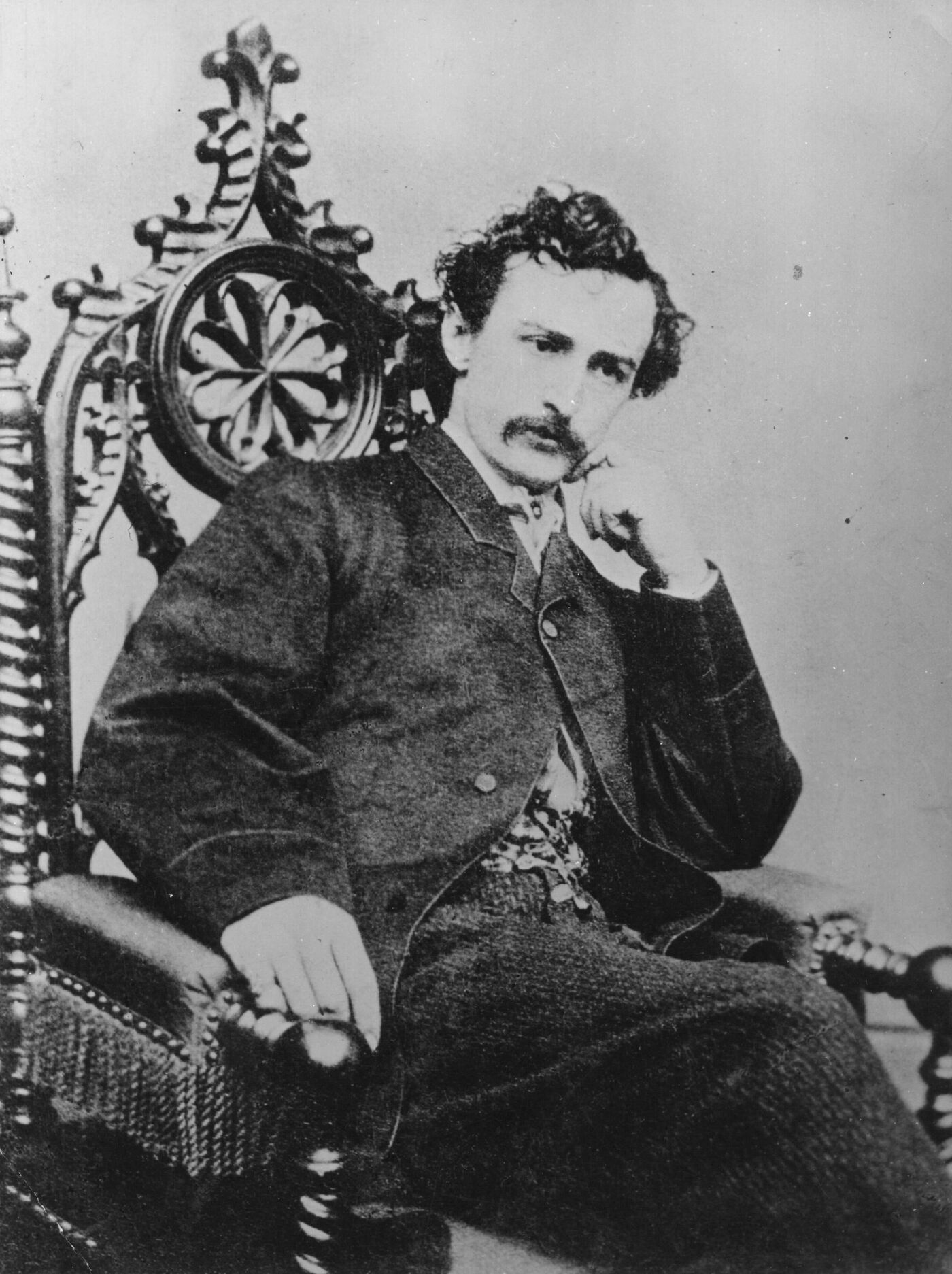 John Wilkes Booth was the son of prominent, wealthy actors. He, too, became an actor and was so popular, he was one of the first to have his clothes ripped off by fans.

John Wilkes Booth was the man who pulled the trigger, capping off a coordinated plot to murder President Abraham Lincoln.

But historian Terry Alford, an expert on all things Booth, says that there's much more to Booth's life. His new biography, Fortune's Fool: The Life of John Wilkes Booth, delves deep into his life — before Booth went down in history as the man who assassinated a president.

Booth was born into a prominent family of actors. According to Alford, he had good looks and an exceptional acting range, playing both dark roles as bad guys and softer roles such as Romeo. By 1865, the 26-year-old was a headliner on the American stage. As Alford tells Morning Edition's Renee Montagne, Booth was the first actor known to have "had his clothes torn by fans."

"When he was coming out of a theater in Boston, the manager had to come back and tell people, 'Back up, let him out, just let him walk to his hotel.' "

Alford says it's interesting that, "over the years, as people felt free to talk about Booth, and while they shrank away from what he did, they didn't really shrink from him. They remembered things about him like courtesies and acts of heroism."

"One time onstage, he saved a young woman whose dress caught on fire," he says, "a young actress who had wandered too close to the gas footlights."

Booth was not a madman, according to Alford. In fact, he was politically motivated to assassinate Lincoln.

"John Wilkes Booth was one of those people who thought the best country in the history of the world was the United States as it existed before the Civil War," Alford says. "And then when Lincoln came along, he was changing that in fundamental ways."

"John Wilkes Booth was one of those people who thought the best country in the history of the world was the United States as it existed before the Civil War. And then when Lincoln came along, he was changing that in fundamental ways."

Those ideological differences include increasing the power of the federal government and emancipating the slaves, both things Booth was vehemently against. He was angered that the government instituted an income tax and the military draft, and that the government occasionally suspended habeas corpus, a legal protection against unlawful imprisonment. All these things, Alford says, agitated Booth.

"But Booth brought to that agitation an extremism, the passion almost of a fanatic," Alford says. "And it was very dangerous, as we find out."

Booth's opposition to Lincoln's policies persuaded him to fight with the Confederate army during the Civil War. But, according to Alford, his mother was a widow and had already lost four of her children. So she pleaded for him to stay clear of the war. Booth agreed.

"But he felt like a slacker," Alford says. "He even uses the word 'coward' to describe himself because, as an actor, he played a hero onstage but really wasn't one."

One of the people closest to Booth was his older sister, Asia Booth Clarke. After Lincoln's assassination in 1865, Asia and her family went into exile in England. There she wrote a secret memoir about her brother, but it wasn't published until 1938. Alford wrote the forward in the latest edition. In her memoir, Clarke recalls a time where a psychic predicted John Wilkes' Booth's untimely death.

Revisiting The Night Abraham Lincoln Was Shot 150 Years Ago

Revisiting The Night Abraham Lincoln Was Shot 150 Years Ago

"The old gypsy said [to him], 'You've got a bad hand; it's full of sorrow. Trouble plenty everywhere I look. I see you'll break hearts. You'll die young, and you will leave many to mourn you. You'll be rich, you'll be free but you're born under an unlucky star,' " Alford says. "And his sister said, 'Oh, don't let that worry you. These gypsies will just say anything for money.' And he laughed and said, 'That's right.' "

Alford adds that Booth would refer to the gypsy's predictions years later in conversations.

"The little fortune he wrote down grew tattered from folding and unfolding, as he would get it out and look at it and put it back," he says. "So thoughts like that preyed on his mind."

Alford says the assassination of President Lincoln – one of the most heinous acts in American history - shattered the Booth family.

"The brothers were actors," he says. "In other words, you've got to get out in front of thousands of strangers and dozens of towns and be public again. And this was exceptionally hard, because a lot of people did feel you are your brother's keeper. 'Why didn't you do something about this? What did you know? Why didn't you take care of it?' And, so it was extremely hard to be a Booth for a long, long time."

Update at 12:00 p.m. ET: We have changed the headline of this post, which originally said "John Wilkes Booth Was Not A Deranged Longer, Historian Says," and clarified in the text that Booth was not a lone gunman, but rather, a part of a group of conspirators."