Accessibility links
Former FBI Agent Speaks Out: 'I Was Not Protected' Robyn Gritz investigated major national security threats, but says the FBI drummed her out of a job after she fell out of favor with her supervisors. She went on to sell cosmetics and answer phones. 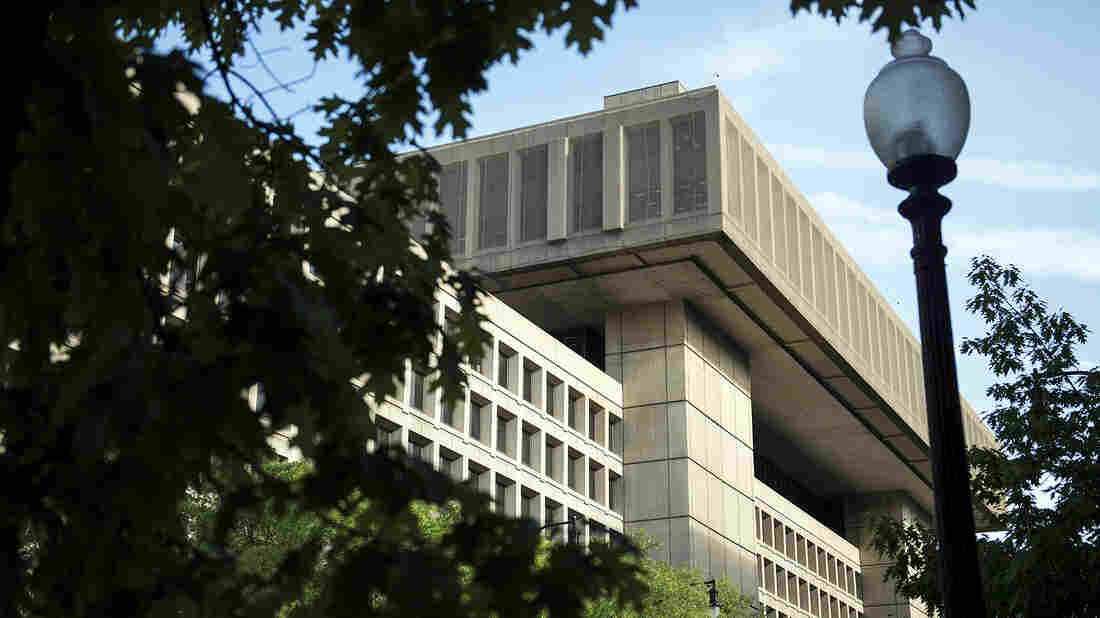 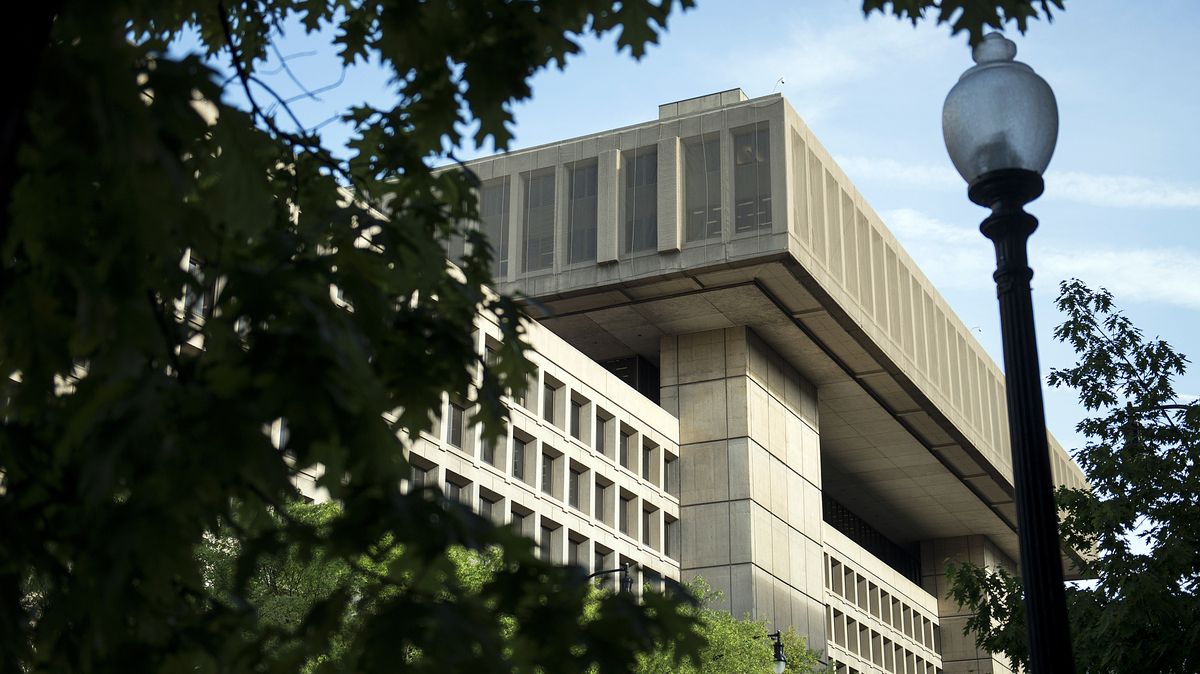 Robyn Gritz spent 16 years at the FBI, where she investigated a series of major national security threats. But she says she got crosswise with her supervisors, who pushed her out and yanked her security clearance.

For the first time, she's speaking out about her situation, warning about how the bureau treats women and the effects of a decade of fighting terrorism. 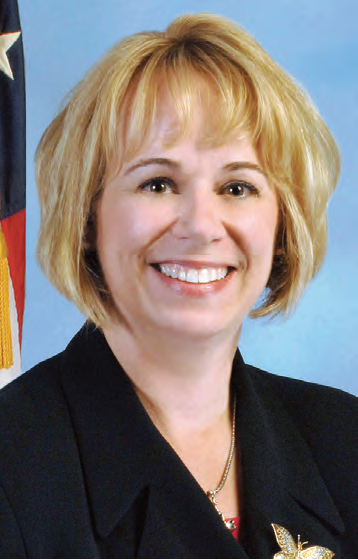 "Watching everything that's going on in the world, how I had battled al-Qaida in Iraq, the Taliban ... all my experience, all the time I had put in there, I'm selling lipstick and blush," she said of leaving the FBI. Courtesy Robyn Gritz hide caption

That passion fueled her to work weeks on end investigating the plane that crashed into the Pentagon on Sept. 11. And for years after, she devoted herself to national security cases that just kept coming. Wall Street Journal reporter Danny Pearl disappeared in Pakistan. A former FBI agent, Robert Levinson, went missing in Iran. And then there were the al-Qaida leaders hiding overseas.

For 15 years, Gritz says, she did. Her bosses at the FBI gave her excellent or outstanding performance reviews, she says. But when a reporter made contact with her last year, she was selling cosmetics at Macy's.

"Watching everything that's going on in the world, how I had battled al-Qaida in Iraq, the Taliban ... all my experience, all the time I had put in there, I'm selling lipstick and blush," she says.

A Decade After Blowing The Whistle On The FBI, Vindication

How did that happen? Gritz says the FBI drummed her out of a job. All because of allegations about fraud on her time card that she says just didn't happen. The FBI also blamed her for not attending a 7:15 a.m. meeting and sending an unprofessional email to an ex-boyfriend.

Now, she's got the ear of people like Senate Judiciary Chairman Charles Grassley. The Republican lawmaker from Iowa says he's concerned about what he heard from Gritz and a small but vocal band of female whistleblowers at the FBI.

"When you have seven or eight people who come to you and talk about gender discrimination, I feel like I have a responsibility to raise that issue," Grassley says.

"When you have seven or eight people who come to you and talk about gender discrimination, I feel like I have a responsibility to raise that issue."

So Grassley asked the FBI director about its treatment of female agents at a hearing last year. Grassley said he heard from one woman called emotionally unstable and difficult, all because "she pointed out that her men's size 40 hazardous materials suit didn't fit her."

The senator added: "Another whistleblower claims she was denied a job for which she was ranked first out of six candidates because her male supervisors claimed she was quote-unquote emotionally fragile following a divorce."

The FBI didn't want to talk about Robyn Gritz's case, in part because it's still moving through the system. But officials there say they understand the importance of whistleblowers. And FBI Director James Comey has said he's trying to diversify its largely white male ranks.

That won't come soon enough for Gritz, who says she never wanted to be branded a complainer. After a decade of 24/7 work fighting terrorism, things got rough in her personal life — a hostile divorce caused in part by her work. And then, after she'd gone to work on detail to the CIA, her FBI supervisors started asking about her hours.

Gritz says she tried to resolve the problems short of a lawsuit. Plenty of male agents got away with far worse, she says, with no punishment. But she says the FBI pushed her into a corner.

"I sat there for about a year and a half ... idled, basically ignored, ostracized," she says.

Then, Gritz got a notice that the FBI intended to begin a process to fire her over the time card issues and the inappropriate email she sent.

"I had dedicated my life to protecting the people of the United States ... and then I was not protected and I felt it was because I was a strong female."

"I had given up a marriage, I had given up 16 years of my life of anniversaries, birthdays, weddings, special events, Christmas, all of the holidays," Gritz says.
"I had dedicated my life to protecting the people of the United States ... and then I was not protected and I felt it was because I was a strong female."

Retired Lt. Gen. Michael Flynn, who led the Defense Intelligence Agency, worked closely with Gritz to find terrorists overseas. He says it's a shame the FBI let go of someone with years of top national security experience.

"She was one of the really, to me, bright lights and shining stars early on that just kinda got it when it came to the kind of enemy that we were facing and the relationship that was necessary between law enforcement and the military ... and I just thought she was really a real pro," Flynn says.

Gritz, now 46 years old, had to sell her home and move in with her parents. The FBI yanked her security clearance, and she thinks they've been black balling her for jobs in the field. That's how she ended up selling makeup. She recently moved to a better paying position answering phones at a call center.

Even though Gritz has left the government, she says, she still hears from a lot of women, and some men, at the FBI, people who she says aren't getting a fair shake.

After all, Gritz says, "When you can take out an agent that has my credentials, you can do it to anyone."

An inspector general is looking at Gritz's allegations and her case is slowly moving through a backlog in the equal opportunity system.