Accessibility links
Two Unmoored Souls Too Gloomily Drawn In 'Felix And Meira' To its credit, this story of an Orthodox Jewish woman struggling with her faith doesn't shortchange all it offers. But her encounter with a man who might offer a different future doesn't satisfy.

Two Unmoored Souls Too Gloomily Drawn In 'Felix And Meira'

Two Unmoored Souls Too Gloomily Drawn In 'Felix And Meira' 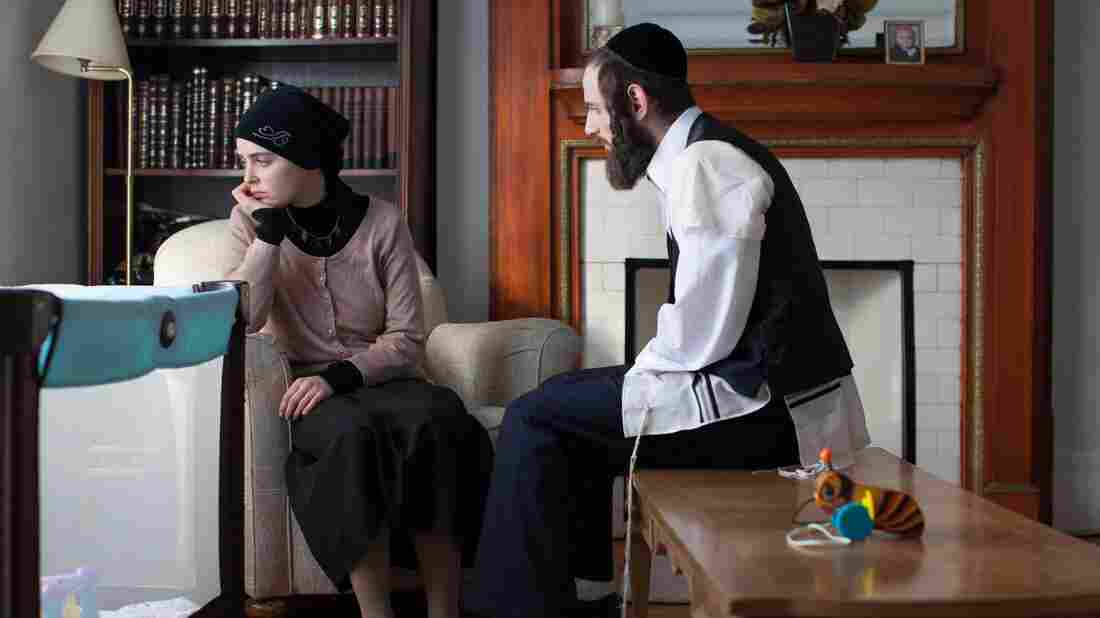 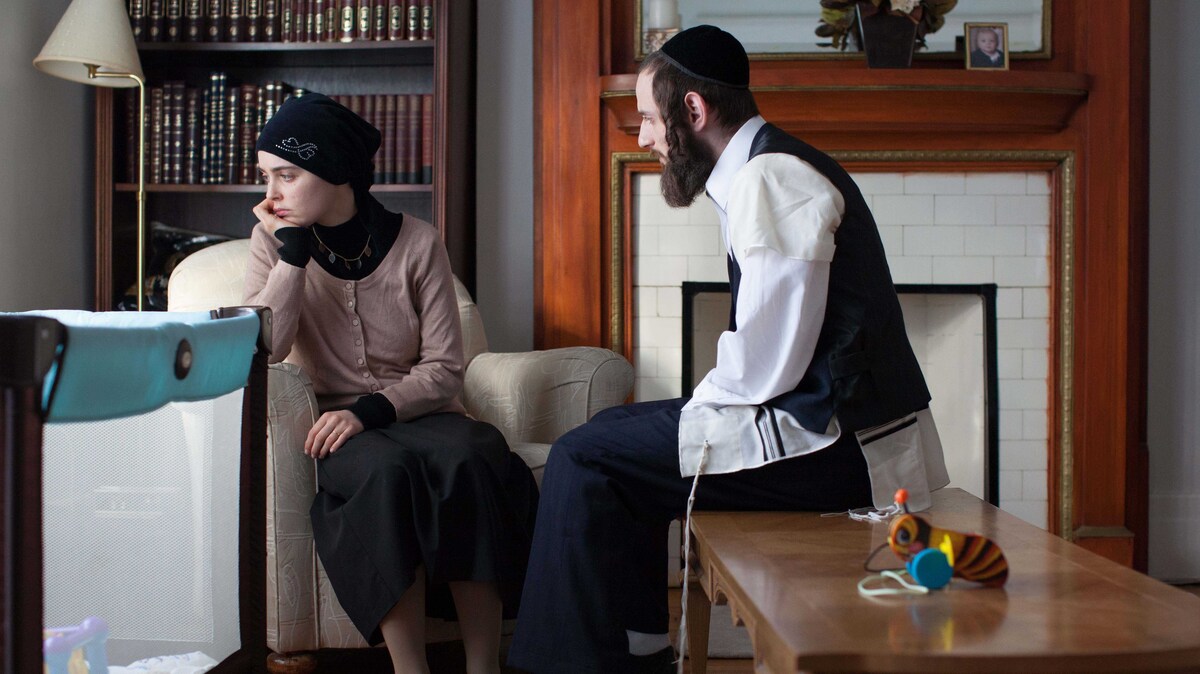 Hadas Yaron and Luzer Twersky in Felix and Meira.

In the 2012 drama Fill the Void, Israeli actress Hadas Yaron was incandescent as an Ultra-Orthodox Tel Aviv girl who, following the sudden death of her beloved older sister, is pressured by rabbis and relatives to marry her brother-in-law in order to preserve family unity. She suffers agonies over the decision, but never doubts the legitimacy of the Hasidic community that sustains her.

That alone made Fill the Void an exotic flower among the handful of movies about Orthodox Jewish life, which almost uniformly favor escape from its rigid constraints. Felix and Meira, a respectful but long-faced chamber piece from French-Canadian director Maxime Giroux, is no exception. Beautiful even in the wig Orthodox women must wear after they marry, Yaron spends much of the movie staring in darkened rooms as the titular housewife, a sensitive young matron who loves her baby girl but feels oppressed by almost everything else in her airless world, including her devoutly Ultra-Orthodox husband Shulem (played by Luzer Twersky, who himself left Orthodoxy).

Meira draws, sighs extravagantly, listens to forbidden blues singers on her record player, and takes long walks in the slush-ridden streets of Montreal's Mile End, where Hasidim and bohemians rub shoulders without actual contact. Not so Meira, who soon crosses paths with a secular Gentile, Felix (Martin Dubreuil), when he stops her in the street and, confiding that his estranged father has just died, begs her to teach him something.

The encounter's a little unlikely. But unlikely is fine in a movie, so long as the relationship that grows from it becomes substantial enough, or weird enough, or even toxic enough to make us want to see what becomes of them together, what may be lost and gained from the ruptures their love will bring, above all the deeper ties that come to bind apparent opposites.

The expository dialogue offers a ton of information to underscore the fellow feeling we expect to see grow between Meira and Felix. The son of a wealthy, bullying father and an indulgent sister, Felix comes to Meira an unmoored wastrel. She comes to him oppressed, though when it comes to why, the movie devolves into vague shorthand about not wanting more babies. Felix promises Meira art, sensual pleasure, ping pong, jeans. Meira comes with the mature sense of obligation to a community that, to Giroux's great credit, he doesn't slight.

What's missing here is the vitality and sense of release the couple's romance should bring. Felix and Meira continue to pine and mope; the movie mopes with them in exhausting, often awkwardly intrusive detail. The sheitel comes on and off Meira's shorn head as she vacillates; an aggressively symbolic mouse is trapped and spoken to about the cruelty of the world. The film grinds along in gloomy, poorly lit silences, occasionally accessorized by a mournful flute. The problem is not that these two are incomplete — that's the source of their mutual attraction — but that, separately or together, each is so incompletely realized and so joyless that it's hard to care about whether they will make it together. Willy-nilly, the case is all but made for Meira sticking with the decent man who loves her enough to give her up, and a community that knows how to sing and dance.

At the end, a gondola slowly noses its way through the Venice canals. Given what's gone before, you'd think there might be some happiness or excitement about the uncertain future it's headed into. Instead there's a fussy baby, and that weepy flute again.