Accessibility links
A North Dakota Family Breaks The Silence On Gay Marriage Author Melanie Hoffert grew up gay in rural America, where coming out was difficult. But that hasn't stopped her family from having a frank and challenging conversation about same-sex marriage. 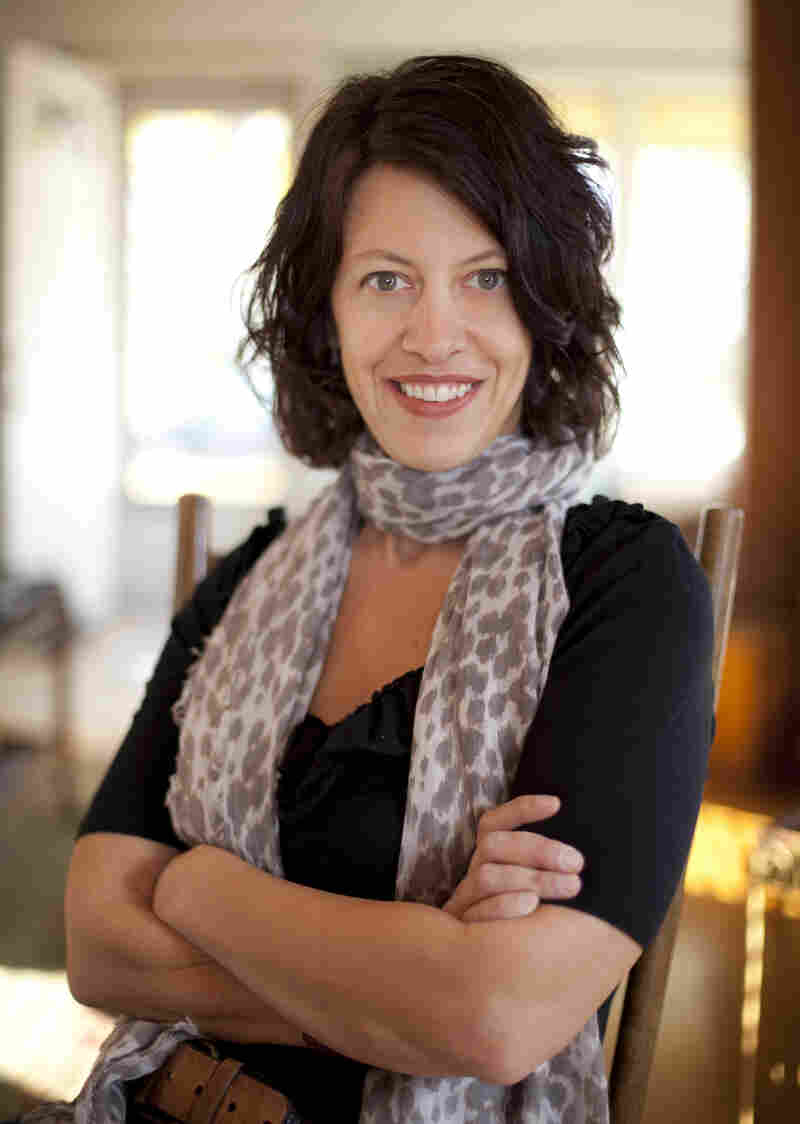 In her memoir, Prairie Silence, Melanie Hoffert shares her struggle with coming out as a lesbian in rural North Dakota. Courtesy of Beacon Press hide caption

Melanie Hoffert grew up on a farm near the town of Wahpeton, N.D. She called her new memoir Prairie Silence because around here, people prefer not to talk about hard things in the open.

Conversations about homosexuality and coming out could easily take place almost anywhere — but not here in rural North Dakota. It can be even harder for a family dealing with conflicting emotions about a loved one who's gay.

Morning Edition met Melanie on a day when the wind was blowing through the trees lining her family farm — it makes a sound like waves, as she writes in her book. She leads the way to her favorite hiding place: a tiny abandoned church on the farm.

Inside the musty, dark and cold building, a raccoon scurries away near a wooden overhang. There are words carved in the wood: "That is slain is holy." Those words have always stuck with Melanie.

"There's a Bible verse that — of course, I'm not going to quote word-for-word, but something about — he who is slain is worthy, like the lamb, Jesus Christ," she says. "I think it's derived from scripture."

Melanie was raised in a deeply religious family. Today, that's what gives her compassion to understand others who want to change her because she's gay, she says. Even though she strives to be empathetic and not judge those who disagree, she still feels angry sometimes.

"Especially when I'm back at the farm," she says, fighting back tears. "I think about little Melanie. I had to grow up knowing inherently that I was a good person, but having to question that based on what I was hearing from the world around me."

She says it's only at this point in her life that she's started to feel very defensive of the kid she used to be. Still, Melanie recognizes that there are people close to her who are struggling with her sexuality, and she tries her best not to judge them.

One of Melanie's brothers runs the farm now, since her parents moved into a house in Wahpeton, closer to town. That's where Melanie is sitting down to a pizza dinner at her parents' long dining room table, with her mom, her two brothers and their wives. 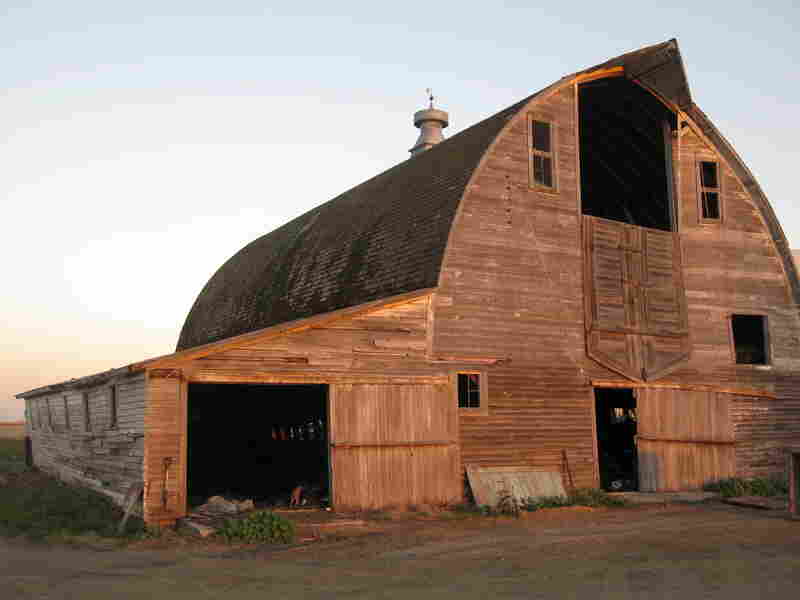 In rural North Dakota, where Melanie Hoffert grew up on her family farm, discussing subjects like homosexuality and same-sex marriage is often considered taboo. Courtesy of Beacon Press hide caption 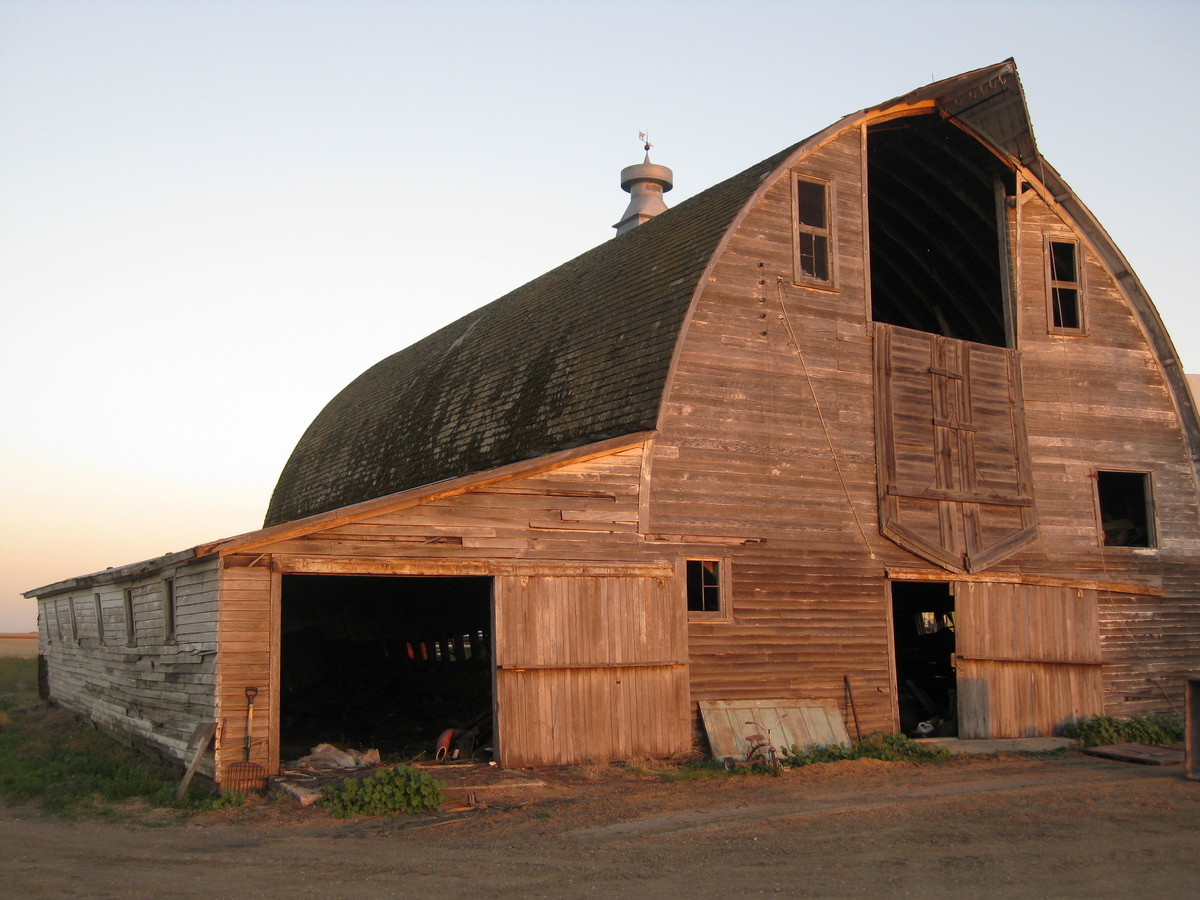 In rural North Dakota, where Melanie Hoffert grew up on her family farm, discussing subjects like homosexuality and same-sex marriage is often considered taboo.

Melanie's mother, Kathy, first chimes in about her daughter's childhood, and recalls the day Melanie, then 19, came out to her at a restaurant.

"It took her a long time. I almost had to start guessing what in the heck was the matter," Kathy says. "And she mentioned that she was gay, or lesbian, whichever word [she] used. And I responded, 'Melanie, you are not.' The reason being, I don't like the word lesbian [or] gay. I don't know why they have to put a name on something. It seems like a label that I just didn't like."

Kathy says she thinks that led to a misunderstanding, in which Melanie thought her mom didn't believe she was gay.

Kathy says that wasn't the case. "I did know, and I'm glad it was finally out," she says. "So after that, I think everything went a little better between us."

Melanie came out to the rest of her family a bit later. Thinking back, her brother David now feels some guilt.

More From This Series:

"I probably made it pretty hard for her to tell me, I think, because I had maybe made negative comments about gays," he says. "I wouldn't say I was anti-gay or anything like that, but I would joke along with everyone else if someone threw out a gay joke, I guess."

David's wife, April, found out about Melanie's sexual orientation when he told her after a night of partying.

"I kind of knew too, because we're from small towns that are right next to each other, so word travels fast," April says. And while she adds that she doesn't remember what her exact reaction was, Melanie does, because David had told her.

Eventually the conversation at the dinner table turns to same-sex marriage. Melanie's mother and brothers each take turns expressing that they don't see any problem with same-sex marriage and hope that, one day, others won't either.

But others at the table are conflicted. April, who was vocal moments before about her support for Melanie, moves toward the kitchen to tend to the children.

Melanie's other sister-in-law, Julia, says she's struggled with the idea of gay marriage. "That's actually a really hard question for me," she says.

Julia is a devout Catholic and says, were if it not for knowing and loving Melanie, she would see marriage as something that's just between a man and a woman.

"I do stand by my faith and I do believe what my church says to be true," she says. "But I also see where that would hurt somebody and I know that my beliefs and my faith doesn't stand to hurt people either."

April stays out of the room entirely. But her husband David says the two of them have talked about April's feelings before.

"[It was] just a conversation we were having yesterday, maybe brought up by my wife, who thinks ... marriage came from God," he says.

Although Melanie says she respects April for not wanting to talk on-air, she wishes April would have stayed in the room to express herself.

"The conversation among us could potentially be something a lot of people can identify with, because they have families who are struggling," Melanie says. "Some families are further along and some families are so not accepting. I think really talking about the issue is important."

Julia defends April's absence from the table, too. "It's not that she didn't want to be here to support Melanie, obviously she's here. But ..."

Before Julia could finish speaking, the room is interrupted by a loud slam. April had been by the front door — she had overheard everything and decided to leave. An awkward silence follows.

Later that night, Melanie texted us, explaining that April had misunderstood the conversation. She thought the impression at the table was that she doesn't support Melanie.

But that really wasn't the case.

The impression we left with was this: April loves Melanie, but feels conflicted about her own beliefs — like many people who are coming to terms with a gay relative.

We saw a family, like so many others, struggling with something hard — something that many families avoid altogether.