Accessibility links
It's Thin, It's Plastic, It's Back: Flexi Discs Find New Fans In the '60s, the cheap music format was stocked in vending machines and embossed on cereal boxes. Now, magazines like Decibel and bands like Deerhoof are reviving the once-dead flexi disc. 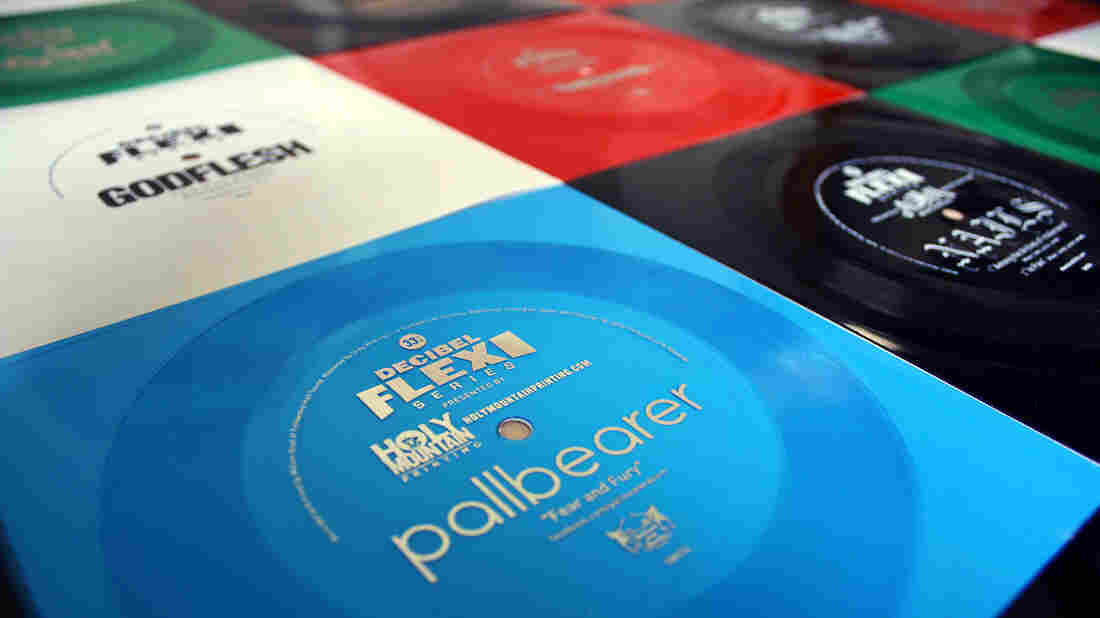 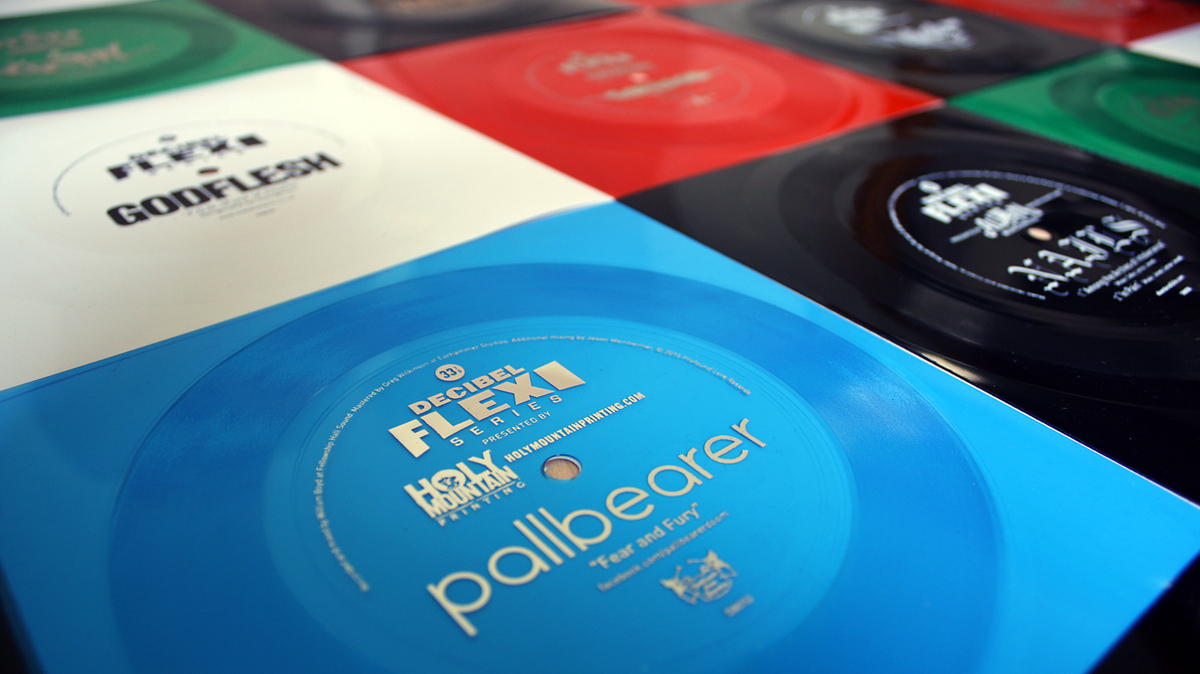 "In the metal community, there's a fascination with the tangible aspect of things," says Albert Mudrian, editor of metal magazine Decibel.

In the digital era, brick-and-mortar record stores' stock in trade has increasingly become vinyl sales. But within that niche of an increasingly fragmented music industry, there's another music format that's drawing attention from fans old and new: flexi discs.

Pressed on thin plastic or coated paper, flexi discs first started appearing commercially in the 1960s. Cheap and easily distributed, they were sold at newsstands, stocked in vending machines, inserted into books and magazines, and embossed on cereal boxes. Even The Beatles' annual Christmas greetings were sent to fan-club members on flexis from 1963 to 1969.

While primarily used as advertising, flexi discs were more memorable than the products they promoted.

"I think a lot of people think of flexis as music-driven," says Michael Cumella, who collects flexi discs and curates an online museum of these and other oddities. "While a lot of these things did have music on them, they have a little twist on it, like a record that came with Snowdrift. The top of the can had this Johnny Cash record on it."

Metal bands like Napalm Death and Pallbearer contribute exclusive tracks to each issue of Decibel, pressed on a flexi disc and inserted into the magazine.

Flexi discs remained popular into the early '90s, but production declined with the advent of CDs and other digital formats. They were obsolete by decade's end, but interest never completely waned, especially among music fans whose tastes are a little less mainstream.

"In the metal community, there's a fascination with the tangible aspect of things," says Albert Mudrian, editor of the metal magazine Decibel. "Hardcore metal fans really like to collect stuff. When their favorite band puts out a record, they want every version of it. They want it in all formats. They want to get as much as they can."

Mudrian wanted to give it to them by including exclusive flexi discs in each issue of the magazine, but finding a manufacturer wasn't easy. About eight years ago, he tracked down Pirates Press, where employee Matt Jones (who also runs a small record label) had been trying to revive the format.

"We looked into the last people who made them, a company called Eva-Tone, and we were like, 'Do you guys still have these machines?' And evidently they had sold them for scrap," Jones says. "But luckily we're in the age of information, and the original patents are still online. And we took that and worked with the engineers, and came up with something that worked."

Five years ago, Pirates Press built its own flexi-disc press, and Decibel became its first major client. Pirates has since manufactured flexis for independent labels and major artists, including Foo Fighters and Jack White. The latter's limited-edition flexi, which was launched as a promo inside helium balloons, later fetched more than $4,000 on eBay.

When the avant-pop band Deerhoof released its latest album, La Isla Bonita, it also included a flexi book version with music and art. While out on tour, drummer Greg Saunier observes that the band's fans view flexi books as more than promotional novelties.

"As I'm working at the merch table and meeting people who come to our show," Saunier says, "I've tended to notice that there's something about this format that seems both impermanent and artistic that seems to fit with a certain kind of personality. They're not necessarily a collector in perpetuity.

"It's more they're interested in possibilities, and ideas and sources of inspiration. And it's OK if sometimes those sources are slightly garbled or contain distortion or noise, or if they wear out and remain only as a memory of what they should have sounded like."

While flexi books like Deerhoof's go for nearly double the price of vinyl albums, one- to two-song flexis are now routinely included with LPs as a bonus. Labels send them out to record stores and radio stations as promos, and bands take them out on tour as giveaways. Pirates Press president Eric Mueller says that while traditional print advertising has declined in the music industry, "Everybody loves free stuff."

"And having that be a record these days is amazing, because vinyl is popular," Mueller says. "No one's going to give away a real 7", but to give away a flexi makes a much bigger impact than any print ad could. It's something somebody's going to put on their wall and play and share with their friends."

As demand for flexi discs grows, Pirates expects to press close to two million this year. One may even wind up on a turntable or a cereal box near you.