Accessibility links
Review: Braids, 'Deep In The Iris' Where the band's last album used prickly electronics and cavernous arrangements to hold humanity at arm's length, Deep In The Iris turns those elements into lulling hymns to cleansing and redemption.

Review: Braids, 'Deep In The Iris'

Review: Braids, 'Deep In The Iris' 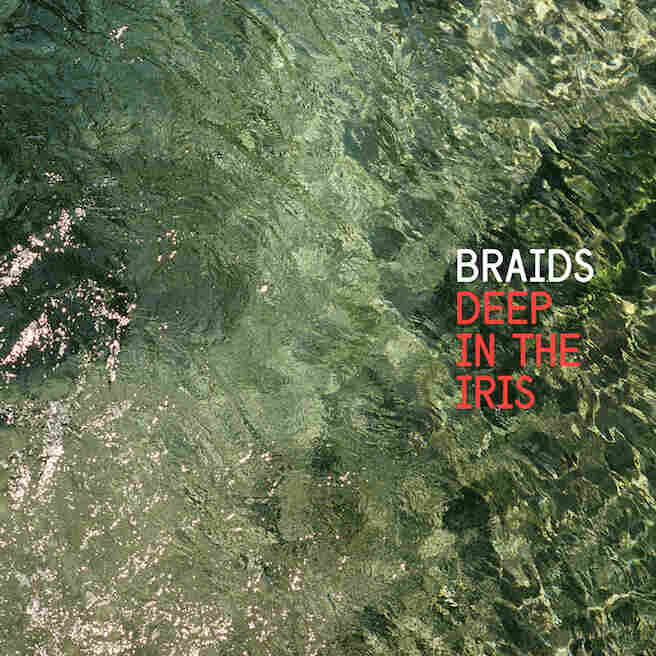 There's placid grace to Deep In The Iris, the third and latest full-length by Braids, but don't let that fool you. Something's churning beneath the album's calm, cool surface. Unlike Flourish // Perish, the Montreal trio's icy, challenging record from 2013, Deep In The Iris represents a thaw: Throughout its nine songs, singer Raphaelle Standell-Preston and her cohorts Taylor Smith and Austin Tufts infuse skittering, Björk-like art-rock with melodic allure, confessional directness and quivering warmth. Where Flourish // Perish used prickly electronics and cavernous arrangements to hold humanity at arm's length, Deep In The Iris turns those same elements into lulling hymns to cleansing and redemption. Braids is not only more approachable than ever; it's downright magnetic.

Part of Deep In The Iris' strange charm lies in its instrumentation. Standell-Preston and her crew lean less on digitized, glitch-heavy sounds, opting instead for a more organic mix of pulsing percussion and piano. In "Letting Go," the opening keyboard chords signal an airy approach, one that Standell-Preston takes full advantage of as she chants the song's refrain, "The hardest part is letting go." Her breathy vocals, as liquid and acrobatic as ever, elevate a line that in lesser hands would have seemed clichéd. Meanwhile, the band underscores the bittersweet melancholy with hypnotic patterns of percussion and synths. The hooks are subtle, but they're huge.

That boldness, both instrumentally and lyrically, is even more striking in "Miniskirt." In the past, Standell-Preston has couched her lyrics in a haze of poetic abstraction; here, she goes for the throat, calling out misogyny, the male gaze and the language of slut-shaming with piercing, confessional force. The song could almost pass as an epic R&B ballad, at least at first: After a sumptuous, stadium-worthy intro, it corkscrews through a tangle of jittery beats and atmospheric eeriness that never wanders into self-indulgence. Even within the album's most complex and confrontational track, there's an immaculate pop edge that mesmerizes.

The raw frustration and outrage of "Miniskirt," however, feels like part of the thaw. Deep In The Iris is about the good and the bad that's unlocked when the ice melts. While nowhere near as harrowing, "Happy When" is gripping in another way: Washes of echo and spatters of notes form a fuzzy, haunting drone — that is, until the song comes into sharp focus halfway through, marking a jarring shift that reflects Standell-Preston's newfound frankness. "Sit down with emotion / Take the time to feel it," she sagely advises over a melodramatic pounding of the keys before wrapping up with a virtuosic growl.

By the time "Warm Like Summer" bursts into a dazzle of soulful croons, glimmering loops and shuffling drums, it appears that the album's springtime release is no accident: This is the sound of renewal and regrowth, as joyful and as painful as that can be. In "Letting Go," Standell-Preston sings with dreamy contentment, "We laid on the bank and had our fill." On the lush, stuffed-to-bursting Deep In The Iris, Braids has done exactly that.