Accessibility links
Review: Paul De Jong, 'IF' The cellist and audio collagist unabashedly embraces and refines The Books' sound on his solo debut, which contains some of the most resonant and beautiful music of his career. 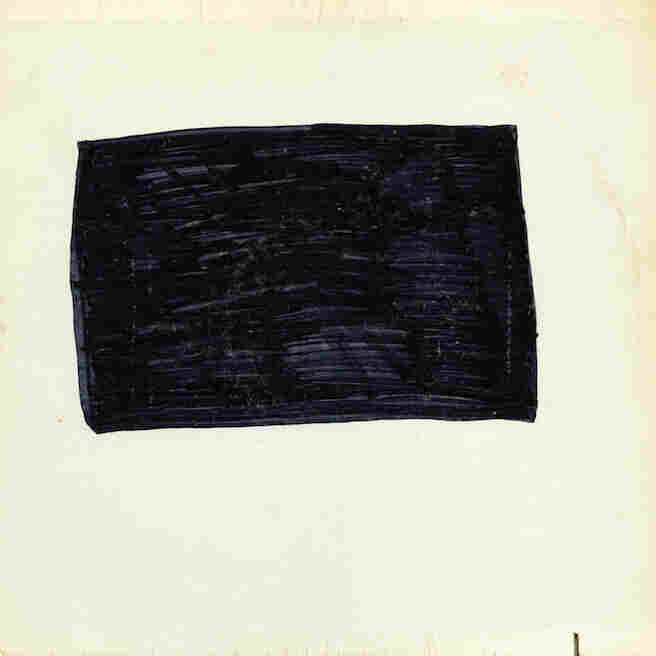 At the turn of the 21st century, computers began to audibly infiltrate musical realms far beyond the electronic and experimental spaces, cropping up in rock, indie-pop and more. One of the cagiest uses of the computer could be heard on The Books' winsome 2002 debut Thought For Food. There, the duo of Nick Zammuto and Paul de Jong used it to organize acoustic guitar, cello, violin, field recordings and sampled voices, slicing everything into the smallest of strips and then painstakingly weaving it all back together into a crazy quilt. Taking cues from old folk records, as well as the mischievous collage work of Christian Marclay and Negativland, the results sounded disarming and fresh, like folk music rendered by intellectual androids.

After four albums, though, the duo disbanded in 2012. Zammuto released two solo albums under his surname, at times sounding as if he wished to distance himself from his previous band's distinct sound. But de Jong, a cellist and audio collagist, unabashedly embraces and refines The Books' sound on his first solo album, IF. Album opener "Auction Block" situates the listener in the countryside at dusk, complete with crickets chirping, as the sound of a fiddle and piano slowly emerges in the distance. Soon, we're in the middle of a square dance, with de Jong reeling off vocal samples until they replicate the machine-gun patter of an auctioneer.

From there, de Jong continues to play with vocal samples and acoustic strings at dizzying speeds, continuing The Books' early themes. "Hollywald" and "Baxter @73" most closely adhere to his previous band's aesthetic. But while he can still make miniature tornados of sound that somehow retain all their detail — as in the climax of "This Is Who I Am" — IF best stands apart from his previous work when de Jong peels away the layers so as to allow in more space. The title track is distilled and slow-evolving, the vocal snippets unspooling and then wrapping back around a gentle violin line as gently brushed drums enter and propel the track forward.

De Jong sounds most assured in the back half of IF, which contains some of the most resonant and beautiful music of his career. "Debt Free" opens with contemplative piano before a digitally reconfigured metallophone — and what sounds like a violin run backwards on tape — gives the track momentum, before a whispered "wow" and laughter come in at the end. Meanwhile, "The Age Of The Sea" shows no seams or cuts at all; no inserting of vocal samples to make a crafty joke. It's just the gorgeous sound of cello, violin and guitar as they move together elegantly.