Accessibility links
Review: Bill Fay, 'Who Is The Sender?' Now on a tear after a decades-long hiatus, the cult songwriter mixes plain, uncomplicated humanist charm with a more questing cosmic aim.

Review: Bill Fay, 'Who Is The Sender?'

Review: Bill Fay, 'Who Is The Sender?' 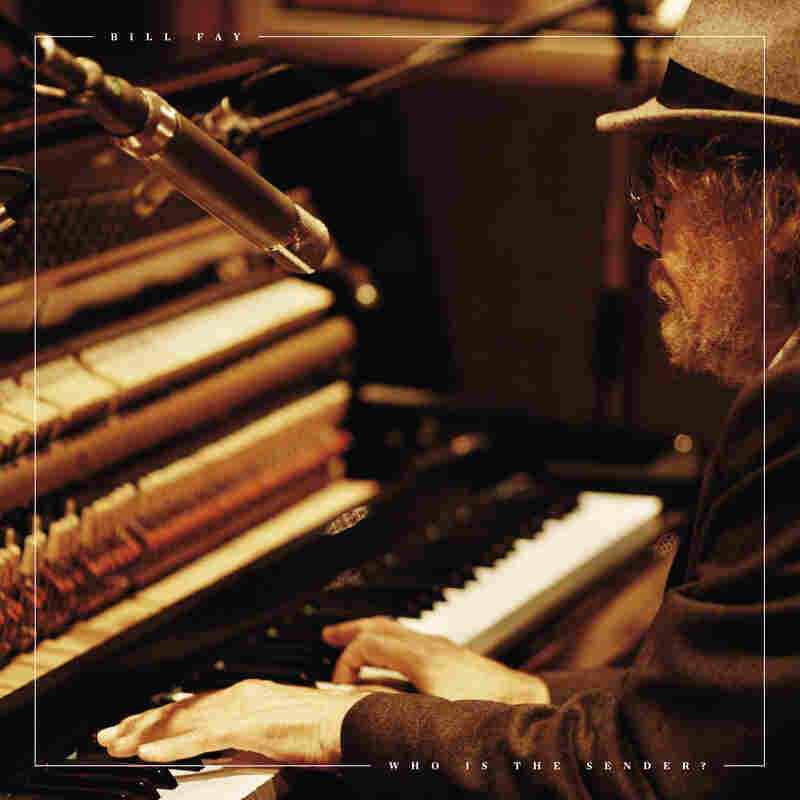 Who Is the Sender? Courtesy of the artist hide caption

Cult songwriter Bill Fay was never in a hurry to follow up his 1971 classic Time Of The Last Persecution, but he's been on a comparative tear since coming back with a decades-in-the-making album just two years ago. The title of that 2012 return, Life Is People, conveyed part of Fay's plain, uncomplicated humanist charm, and the new Who Is The Sender? signals his more questing cosmic aim.

That both can coexist and commingle in the same song, with registers shifting from phrase to phase, is integral to Fay's longtime appeal. (The list of distinguished artists who celebrate him includes Jim O'Rourke, Jeff Tweedy and Nick Cave.) And both are tapped in great abundance in 13 new songs that toggle between big and small themes, with special focus on the earthy, lived-in space in the middle. "The Geese Are Flying Westward" opens on a meditative note as a paean to staying put and paying attention to everything around you, with Fay's raspy voice surrounded by piano, warm Hammond organ and a fantastic hurdy-gurdy. "War Machine" ups the ante with a pointed protest against the ways that energy on earth is misspent. "There's a hawk in the distance / he ain't praying for forgiveness," Fay sings, before continuing on an extended series of lines that crack like a whip at the end: "It's his nature to kill / but mine isn't / but we all kill in ways / that he doesn't / as we pay our taxes / to the war machine."

The sound of the song touches on a slow, patient procedure that carries much of Who Is The Sender? and places Fay, now in his 70s, in league with younger contemporaries like Lambchop and Bill Callahan — songwriters who take their time and fix their emphasis on delivery and atmosphere as much as the words that inform it all. Songs like "Underneath The Sun" address simple subjects as if they've never been broached before: birds and squirrels, clouds and rivers, rain and a cherry tree, all surveyed by someone clearly touched by living in the world and attentive to its many majestic details. "How Little" brings the power of Fay's approach to the fore with smoldering intensity that builds and builds, an initially quiet circular melody spinning with increasing force until searing electric guitar enters and a mix of whirling organ, Mellotron and keyboard catches a spark and burns up. It's intense but contemplative, disquieting in its calmness — like all the rest of the elements at play in Fay's absorbing art.