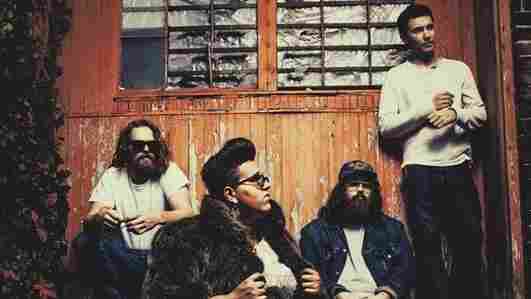 Brittany Howard sure can raise the roof. The singer possesses a furious streak, with startling rawness in her delivery. When I first caught Alabama Shakes live, the focus was all on her. The thing was, the band behind her sounded oddly flat: The musicians had clearly done their homework on Memphis soul, but they didn't take the music anyplace interesting. What a difference a couple years on the road can make.

This time around, the musicians of Alabama Shakes match Howard's intensity and actually push things higher. Much of their new album, Sound & Color, lives in the same vintage thrift store as Alabama Shakes' debut. But there are unexpected swerves, like the highly addictive "Don't Wanna Fight."

We've all seen how too much effusive praise from tastemakers can curse a young band. Somehow, with this followup, Alabama Shakes escaped that fate. The group grew in every way, took bold leaps and made a record that seems destined to be ubiquitous all summer long.