Accessibility links
Supreme Court: Police May Not Detain Traffic Violators Longer Than Necessary Writing for the majority, Justice Ruth Bader Ginsburg said a traffic stop becomes "unlawful if it is prolonged beyond the time reasonably required to complete the mission of issuing a warning ticket." 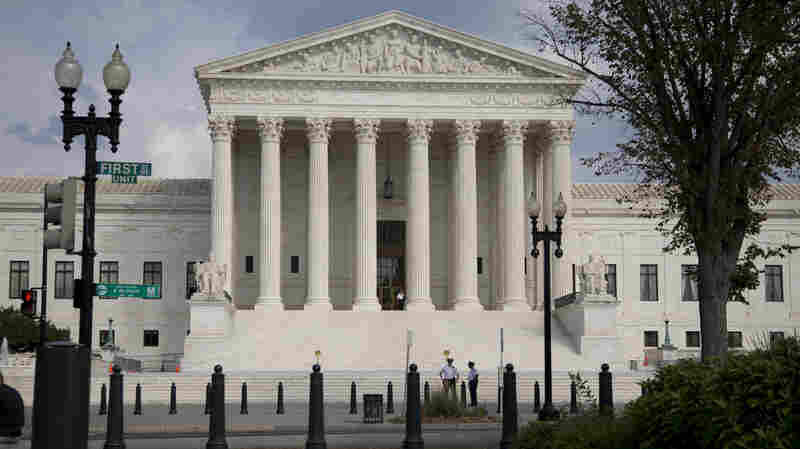 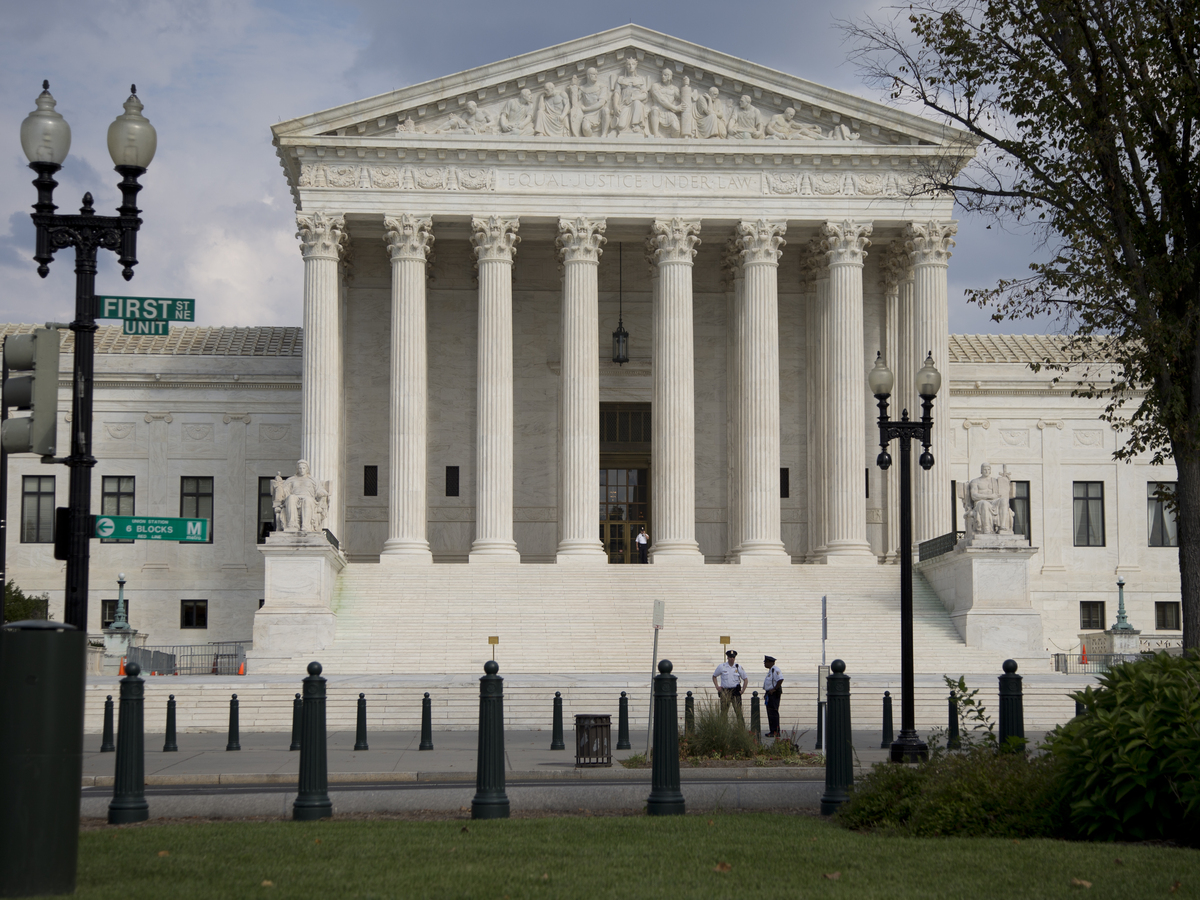 The U.S. Supreme Court ruled Tuesday that police may not detain a traffic violator longer than needed so as to allow police time to conduct a dog sniff for drugs.

Just after midnight on March 27, 2012, Dennys Rodriguez was spotted on a Nebraska highway veering slowly onto the shoulder and then back onto the road. Police officer Morgan Struble questioned Rodriguez and checked his license, registration and whether he had any outstanding arrest warrants. Everything checked out. Struble also questioned the passenger traveling with Rodriguez and checked his documents as well.

Twenty minutes after the stop began, Struble issued a warning but did not let the men leave. Instead, Struble, a K-9 officer, asked if the dog could conduct a sniff of the car. Rodriguez said "no." He was then detained for a short period until another officer arrived. The dog sniff was then conducted; the dog alerted and police found a bag of amphetamines.

A federal magistrate judge, reviewing Rodriguez's motion to suppress the evidence, found that officer Struble had nothing other than "a rather large hunch" to justify a search with a dog. A federal appeals court ultimately said that regardless, the search was a "de minimis" intrusion of Rodriguez's rights. Rodriguez was sentenced to five years in prison.

Now the Supreme Court, by a 6-to-3 vote, has disagreed.

Writing for the court majority, Justice Ruth Bader Ginsburg said that police may check for a driver's license, ask for a registration and proof of insurance and check for outstanding warrants. But the stop becomes "unlawful if it is prolonged beyond the time reasonably required to complete the mission of issuing a warning ticket."

Unlike a typical traffic stop, which is aimed at enforcing the traffic code, a dog sniff is aimed at detecting evidence of ordinary criminal wrongdoing, Ginsburg observed. And the traffic stop cannot be "prolonged" without independently supported reasonable suspicion.

Ten years ago, the Supreme Court ruled that police may not prolong detention of a car and driver beyond the time reasonably required to address the traffic violation, Ginsburg said, adding that the court has not changed its mind on this point.

Dissenting were Justices Clarence Thomas, Anthony Kennedy and Samuel Alito. Alito called the court's decision "unnecessary, impractical, and arbitrary" because, he maintained, the officer, upon smelling a strong deodorizer in the car, did have a reasonable suspicion that it contained drugs.

Although Rodriguez did win his case in the Supreme Court, he is not free of legal trouble yet. The court remanded the case to the lower court to determine whether, despite the magistrate's finding to the contrary, there was some reasonable, independent justification for the search.