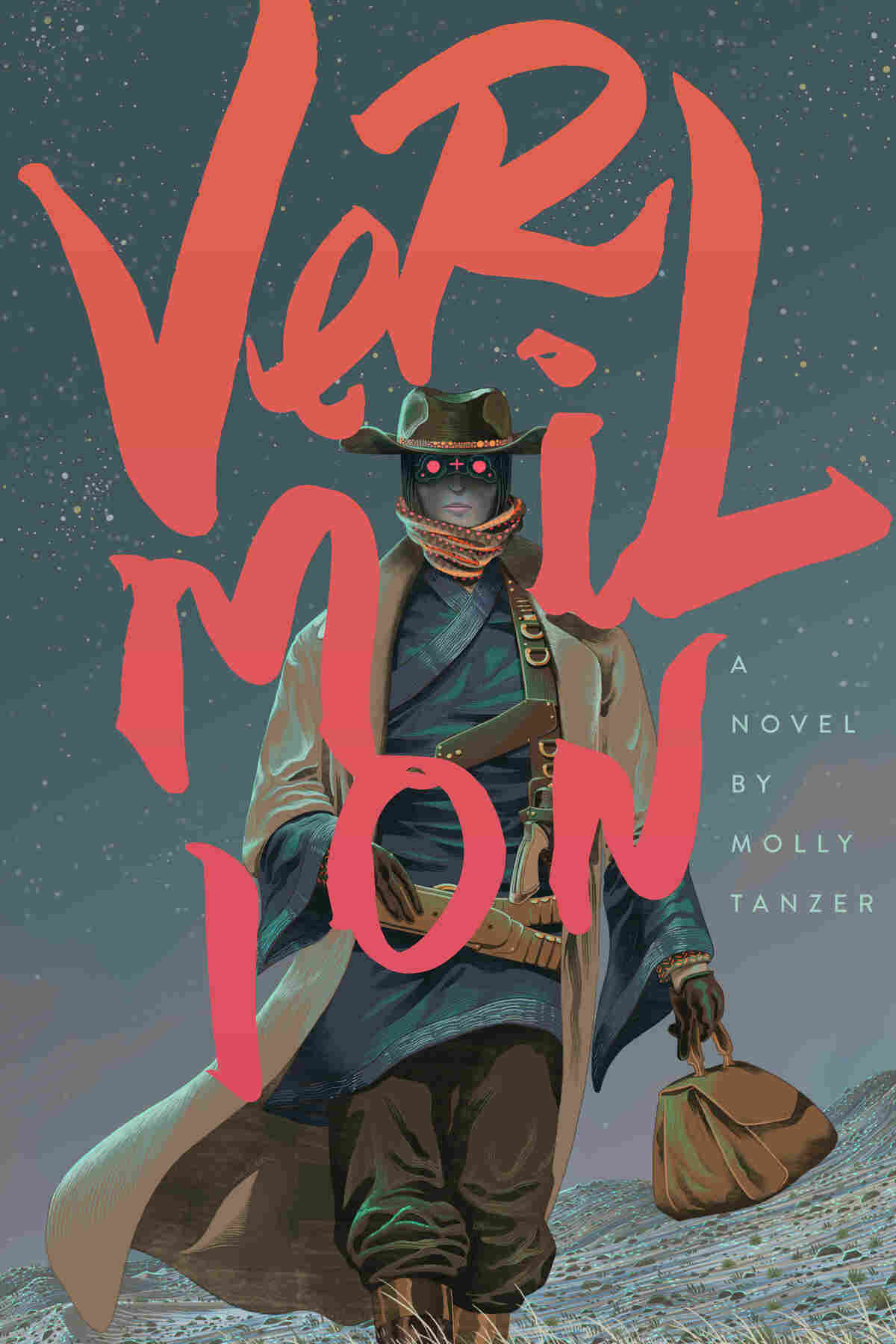 History may be written by the victors, but alternate history is written by anyone with a lust for the past — both established and imagined. Molly Tanzer's imagination is keener than almost anyone's. Her new novel, Vermilion is a work of alt-history that finds a fresh kind of magic in the mingling of fact and fantasy. In the book's wild vision of 1870, the North won the Civil War with the help of a race of intelligent, talking bears. A similarly endowed species of sea lion keeps shop in the streets of San Francisco. Ghosts linger to haunt the living, a phenomenon that's considered as much of a pest problem as a supernatural trauma. And a sanatorium in the Colorado Rockies holds a secret that's as sinister as it is spellbinding.

Tanzer is a British Fantasy Award nominee (for her 2012 debut, A Pretty Mouth), but she's American — a fact that's gleefully evident in Vermilion. The book luxuriates in the gritty, hardscrabble texture of the Old West, the creak of russet leather and the construction of the transcontinental railroad. Even the incorporation of talking animals is done with a low-key subtlety, as much of an exercise in homegrown magic realism as it is a flexing of the fantastic.

For all its love of 19th-century Americana, though, Vermilion is decidedly not U.S.-centric. The hero is Elouise "Lou" Merriwether, a 19-year-old psychopomp: someone hired to guide the spirits of the dead to their final resting place. She's also Chinese-American, born of a Cantonese mother and a British father, and Tanzer doesn't overlook the racial discrimination and institutionalized bigotry of the era. As with the best alt-history, Vermilion confronts the issues openly, then weaves them seamlessly into the plot and setting, from the indifference of bygone San Francisco to its Chinatown residents to the dehumanization of Chinese workers by railway bosses.

Lou not only navigates her mixed race, but her ambiguous gender. She prefers to pass as a man, and when she embarks on a quest halfway across the continent at the behest of her estranged, widowed mother, she discovers that there are many different shades of gender and sexuality beyond her own. Tanzer handles these heavy topics with nimbleness, sensitivity and humor. Make no mistake: For all its thematic gravity, Vermilion is a blast. Lighthearted and downright rollicking, the book veers from progressive activism to pulpy adventure without skipping a beat.

Better yet, Lou is one of the most delightful and charismatic fictional creations in recent memory. Her compelling blend of world-weary wryness and wide-eyed vulnerability makes for some firecracker dialogue, but it also reflects Tanzer's kaleidoscopic view of the Old West, a place that's far more dazzling and diverse than most history books have led us to believe. There's lace with this leather, and there's grace with this grit.

There's a lot to chew on in Vermilion. Still, it never sticks in the craw. Tanzer makes it seem effortless, even as she barely hints at a whole world of paranormal creatures and magical processes, from the alchemically treated lenses of her goggles (which allow her to peer into the spirit world) to the existence of vampires and werewolves (not to mention, believe it or not, dragons). If ever a standalone novel cried out to become a full-blown series, this is it. But even if this tale of the Weird West winds up being Lou Merriwether's only adventure, it should go down as a legendary one: Vermilion is a unique, hearty, thought-provoking romp that rewrites history with a vivacious flourish.