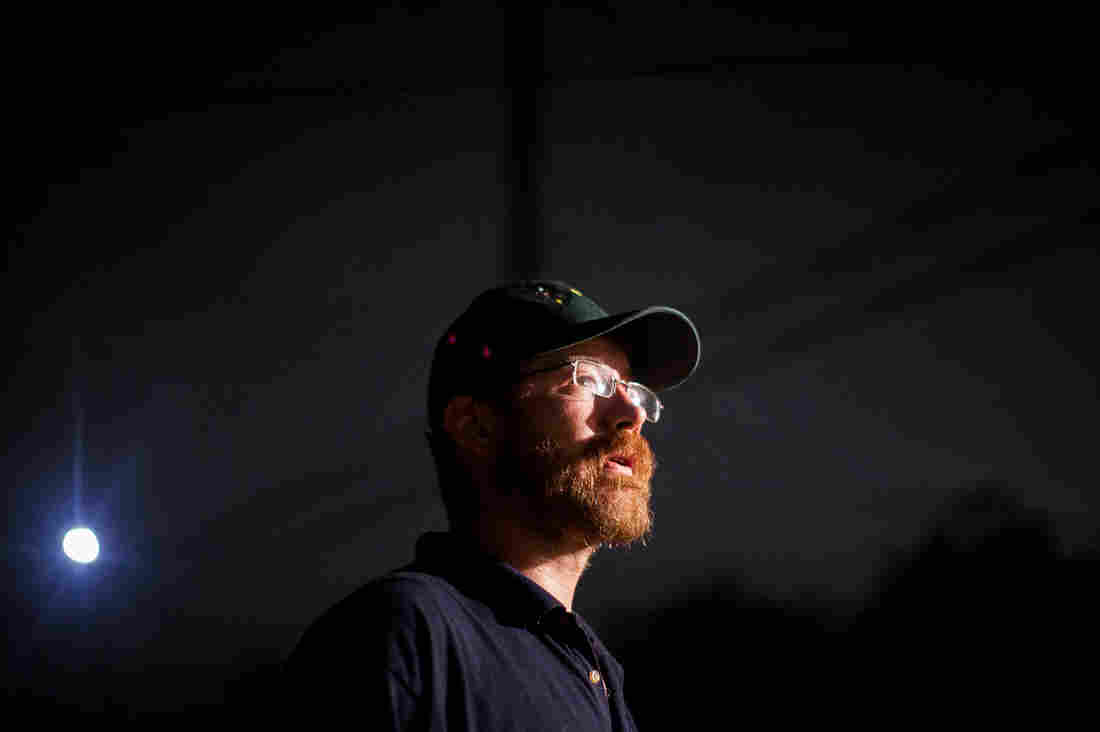 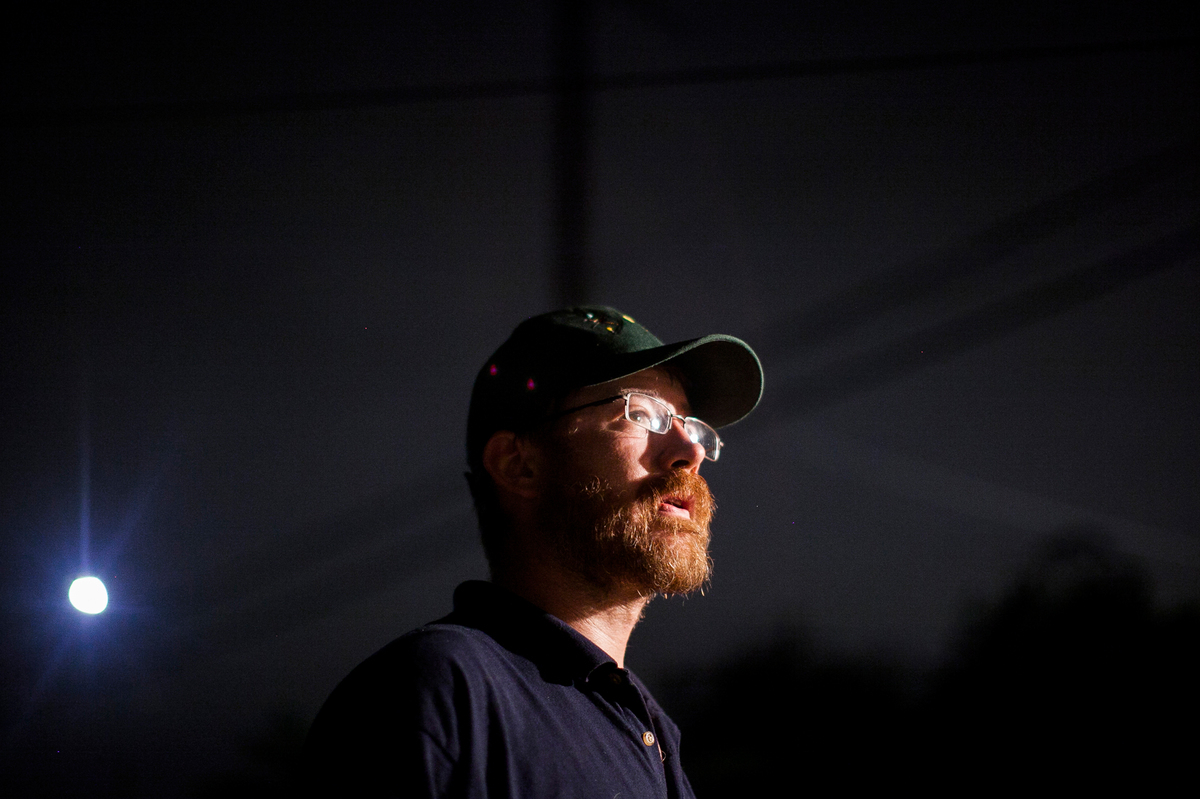 NPR — along with seven public radio stations around the country — is chronicling the lives of America's troops where they live. We're calling the project "Back at Base." This is the last of four reports this week about the National Guard.

It was December 2007 and Darryl Davidson was driving down a busy San Antonio street when something flew off the truck in front of him. He thinks it might have been a car battery, but he still isn't sure.

In that moment, Davidson imagined an IED — like the homemade bombs he saw in Iraq — and his survival instinct kicked in.

"So I swerved over four lanes of traffic and crunched my truck. Well, I didn't crunch the truck, but I busted a tire on the curb and ended up in a field."

Then he took cover. When the police arrived, he told them to take cover, too.

"You know, as far as I could tell, we were under fire. I just kept telling officers they need to get down. They needed to take cover. You know, we're under fire. And I guess one of the officers was a vet and understood what was going on and kind of talked me down," Davidson says.

That incident took place a year and a half after he returned from Iraq. As a National Guard member, he had served at Balad Air Force Base, north of Baghdad — a place shelled so often, the soldiers called it "Mortaritaville." 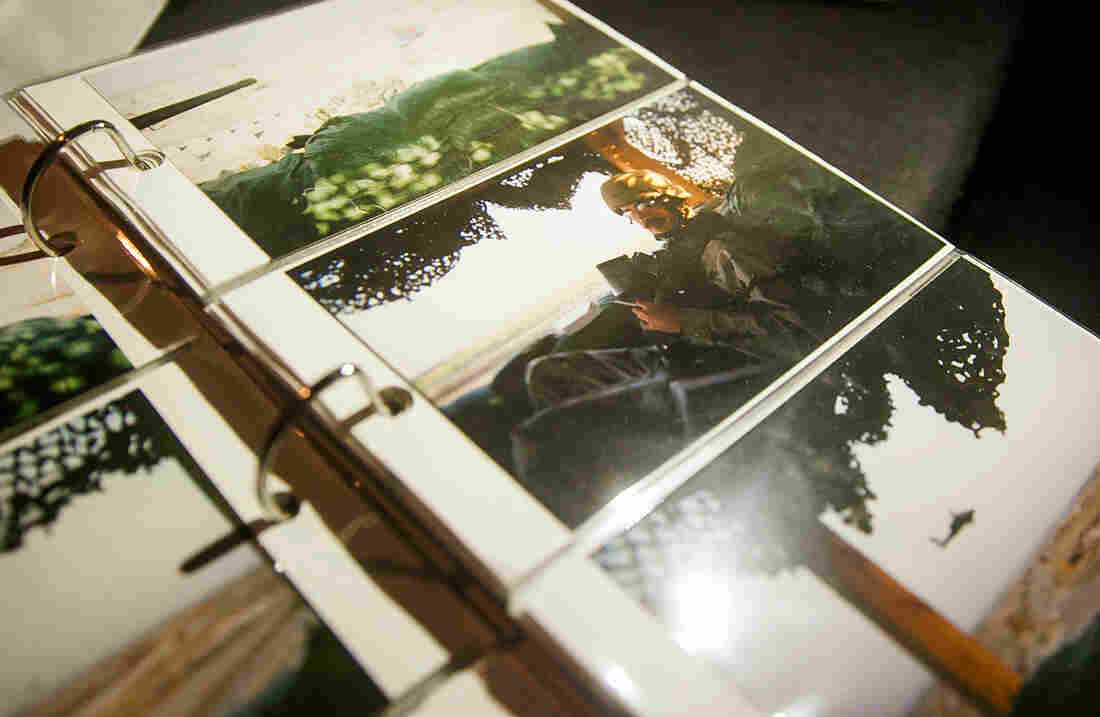 A photograph from 2004 of Davidson during his first tour in Iraq. Julysa Sosa for NPR hide caption

But one of the challenges of PTSD is that symptoms of war can appear long after returning home. The timing matters, too. When someone seeks help can determine what kind of care they receive.

Soldiers in the National Guard are also more likely than active troops to suffer from PTSD months after a deployment.

Alan Peterson, the director of the Pentagon's Consortium to Alleviate PTSD, says one reason guard members are at risk is they have fewer supports — like training — when they come home.

"It's just one weekend a month; it's very minimal compared to the active forces that would come back and would be around their peers that might have suffered similar things," he says.

Peterson also served in Iraq — at that same air base where Davidson and others ducked mortars.

He says the guard is working to help its soldiers.

But it's easier to fall through the gaps in the guard.

That's what happened to Davidson. It wasn't until 18 months after he left active duty that his PTSD symptoms appeared. His girlfriend at the time — Maria, who is now his wife — knew something was wrong. 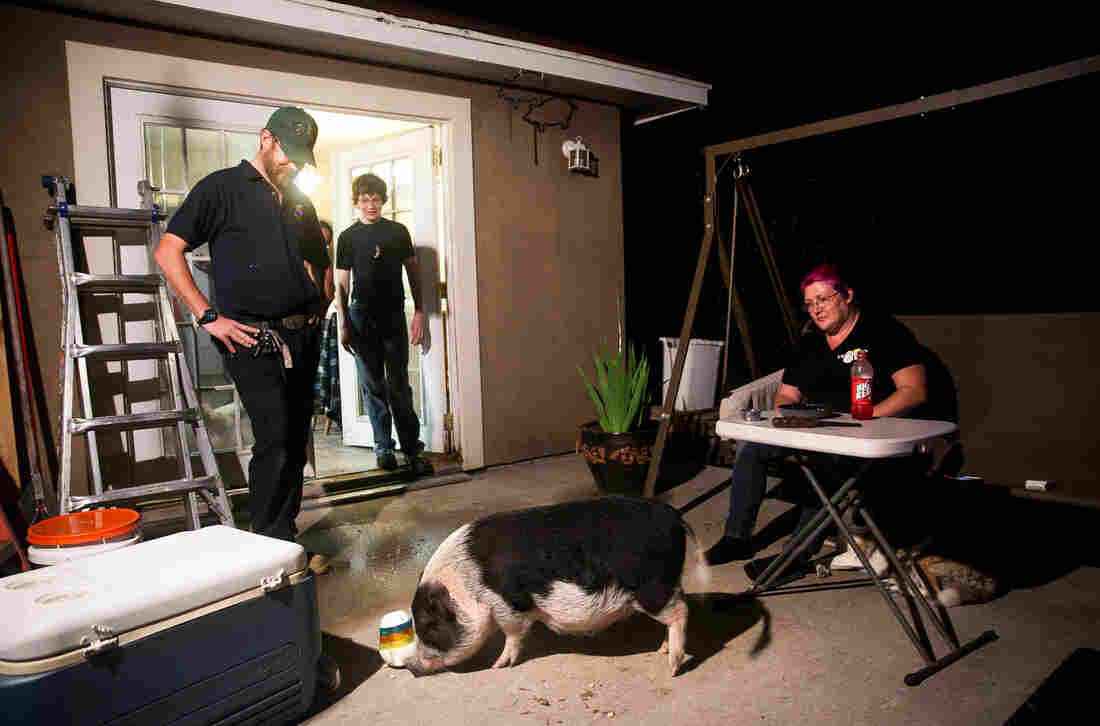 Davidson watches his pot-bellied pig eat a snack at his home in San Antonio, Texas. Davidson and his wife, Maria (right), also own five dogs, four cats and two bearded dragons. Although none of his pets are service animals, Davidson says they help him emotionally. Julysa Sosa for NPR hide caption

"Not remembering who I was, making decisions that were not — that didn't make any sense. He flashed back. He won't drive," she says.

Had he still been on active duty, the Army might have assigned him to a Wounded Warrior battalion — a unit that's dedicated to helping soldiers get well. But he no longer qualified.

Maria tried to get help from the VA, the guard and other hospitals, but she says they wouldn't talk to her because she and Davidson weren't married yet. Months later he was able to qualify for VA benefits and could see a doctor.

Davidson — who was honorably discharged in 2011 — now takes medications for his anxiety, depression and nightmares. 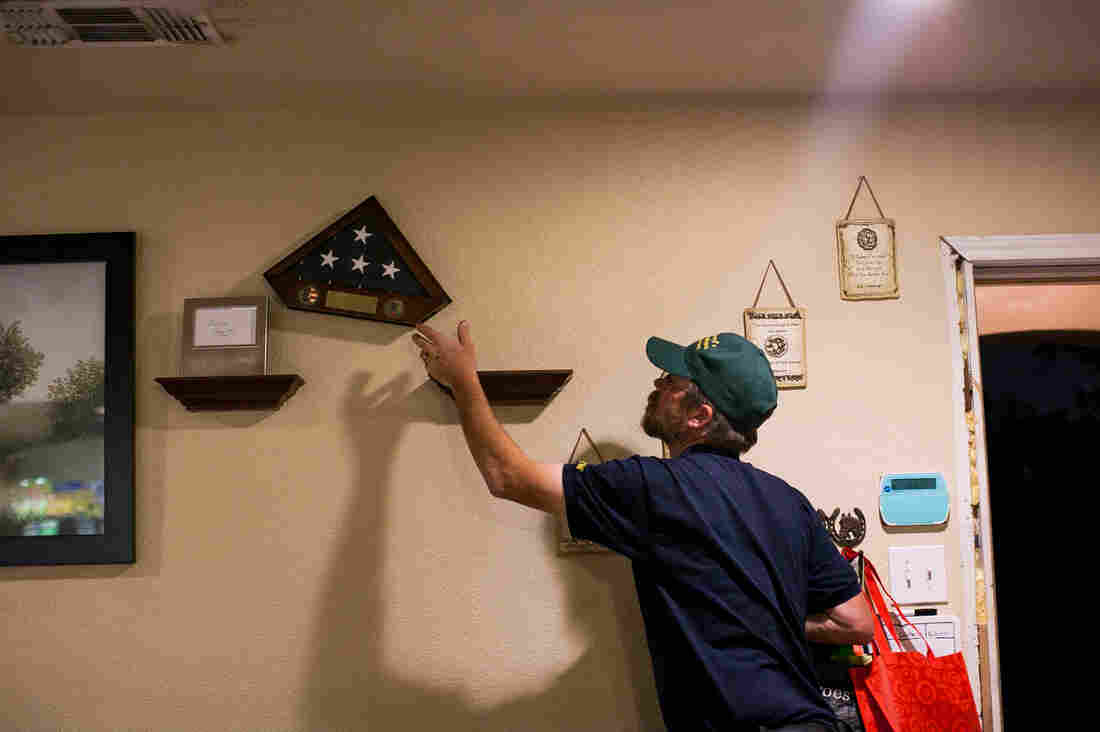 Davidson adjusts an award that hangs on the wall at his home in San Antonio, Texas. Julysa Sosa for NPR hide caption

He had planned to spend his days working in hospitals, not being there as a patient. But his symptoms, such as forgetfulness and a quick temper, made that too risky. So he has put his aspirations on hold.

"You know, if I forget which patient needs which med at what time or something like that, and if somebody dies, that's a bad day happening," Davidson says. "So I didn't feel safe ... putting patients at risk."