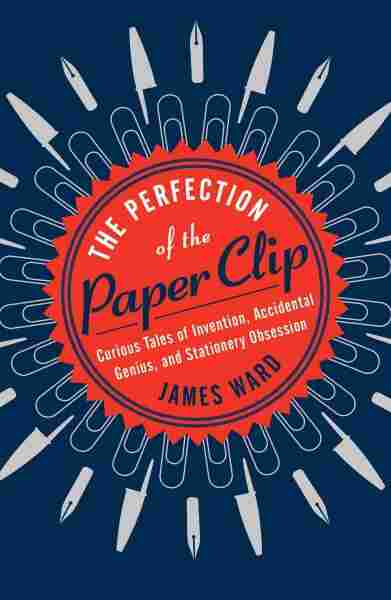 The Perfection of the Paper Clip

The percussive snap of a stapler. The crisp peeling of a Post-it note. The ruffling flip of an old Rolodex chock-full of cards. James Ward loves office supplies beyond reason — and he's written about the history of everything from the pencil to the glue stick in his new book, The Perfection of the Paper Clip.

Ward tells NPR's Melissa Block that his interest in office supplies goes all the way back to his childhood. "There is this sort of nostalgic element where it reminds you of going to school, and times when your life seems a lot less complicated and a lot less terrifying."

I do like those big kind of stores. They're very good if you know what you want to get, and you want to get it at a decent price. But the stores that I kind of really love, every so often you find this strange little store, and they haven't updated their stock in however many years — there's this little shop called Fowlers in Worcester Park, which is the town in England where I grew up. And I went in there as a grownup, and there was this dusty old box, and it was a Velos 1377 revolving desk tidy. And it had obviously been tucked away on the back of these shelves.

She was a typist, but she wasn't a very good typist ... And she was doing overtime one Christmas, and she was looking at the guy in the bank, painting a sign in the window, and she realized that every time he made a mistake, he just painted over it with the background color. And she thought, well, what if we just did the same thing with paper? So you basically create a paint which is paper-color, and then you can paint over your mistakes and go back and type over them.

[Her son Michael] would later go on to become one of The Monkees, and when his mother died he inherited half the fortune from Liquid Paper and invested that in what then became sort of the precursor to MTV.

On the Post-it note

The Post-it note came about by accident, really. There was a guy called Spencer Silver, who was working at 3M. He was trying to come up with a really strong glue. Unfortunately, he got the formula wrong and created a very, very weak glue, which is not much use if you're a company that sells glue. There was another colleague there called Art Fry, who as well as working for 3M, he was in a choir, and he used to use little pieces of paper to mark the pages in his hymn book. And those bits of paper would keep falling out, and he thought, oh, if only there was some kind of weak glue that I could use to stick these bits of paper in the book ... and that's how the Post-it note was born.