Accessibility links
What's That Smell? The Beautiful Tree That's Causing Quite A Stink Once embraced by cities for its beautiful white flowers, disease resistance and ability to grow just about anywhere, the Callery pear is now considered a nuisance due to its smell and invasive nature. 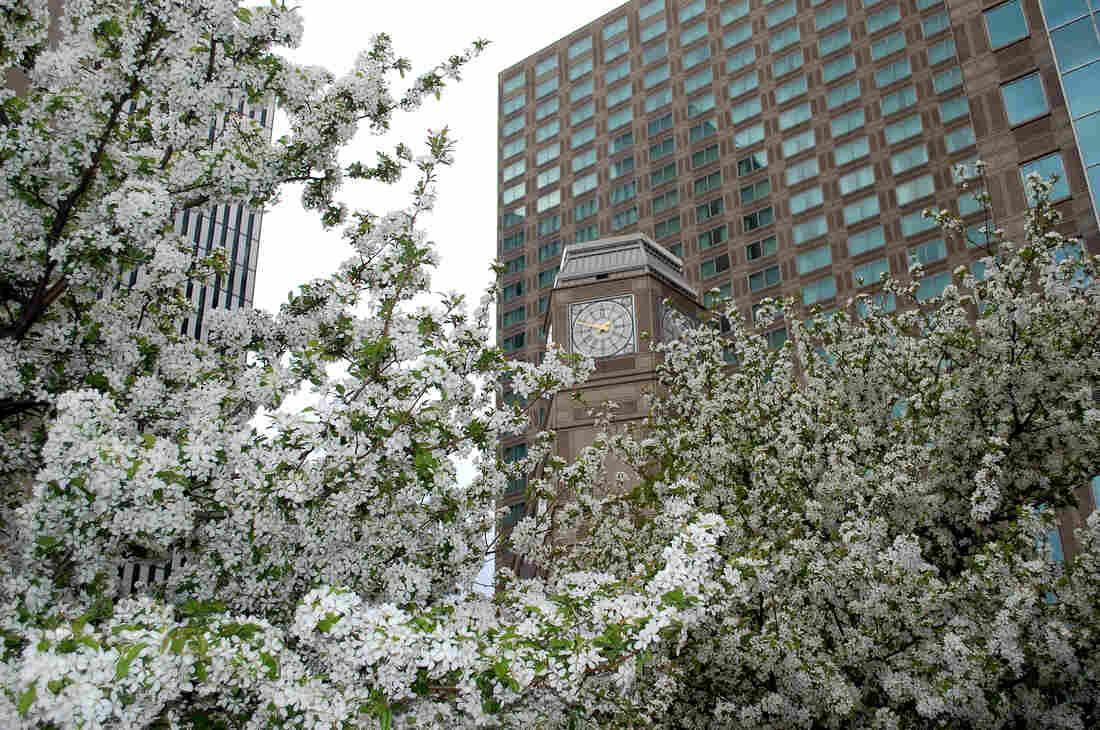 Callery pear trees in Pittsburgh. The smell of the invasive trees has been compared to rotting fish and other stinky things. Luke H. Gordon/Flickr hide caption 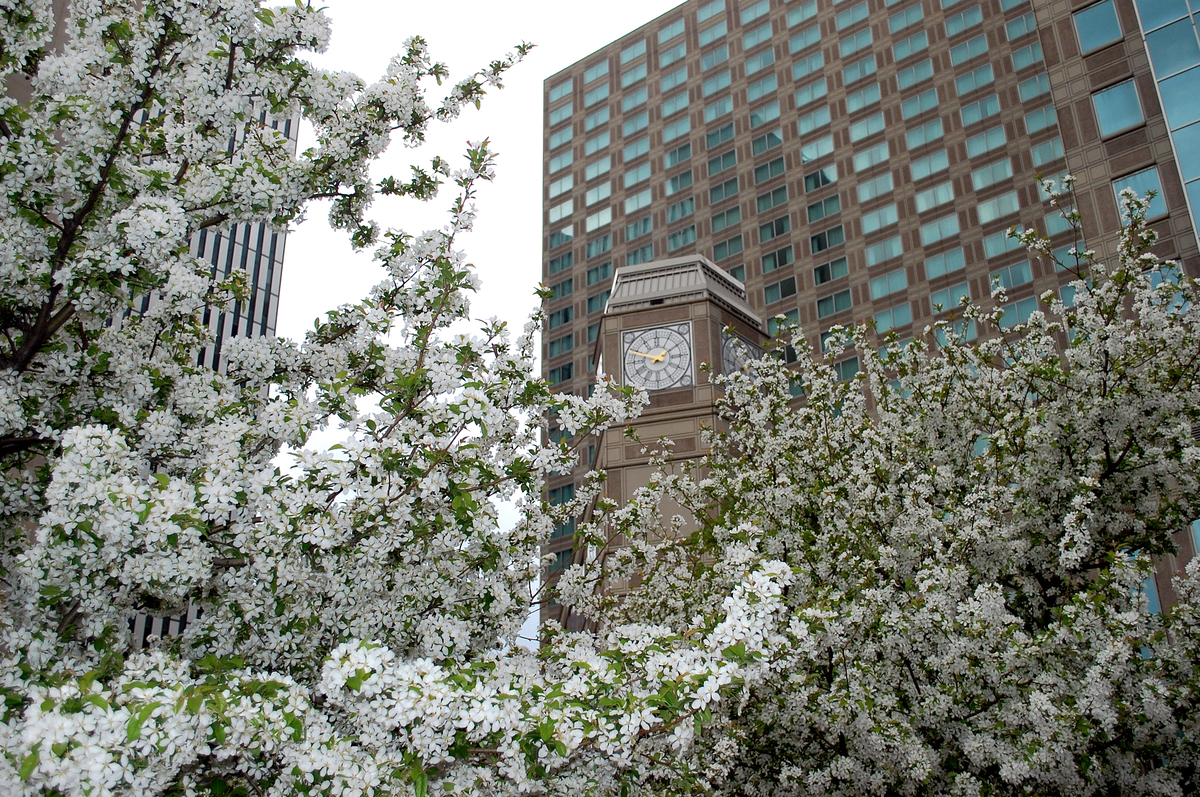 Callery pear trees in Pittsburgh. The smell of the invasive trees has been compared to rotting fish and other stinky things.

It's springtime in Pittsburgh, and throughout the city, Callery pear trees are sprouting beautiful, white blossoms.

But that's just the problem. Simply put, these trees stink.

"This whole place smells like dead fish," says Sheila Titus. "I mean everywhere. Everywhere you see one of these trees with the white on them."

Titus has lived in her home in the now-hip neighborhood of Lawrenceville for 49 years. Two decades ago, her grandson and his 7th grade class planted a row of Callery pears across the street from her house. 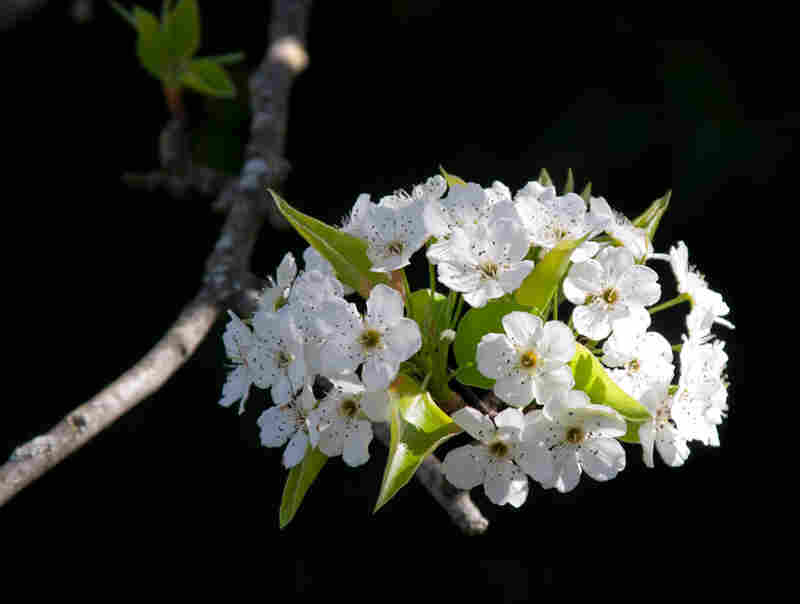 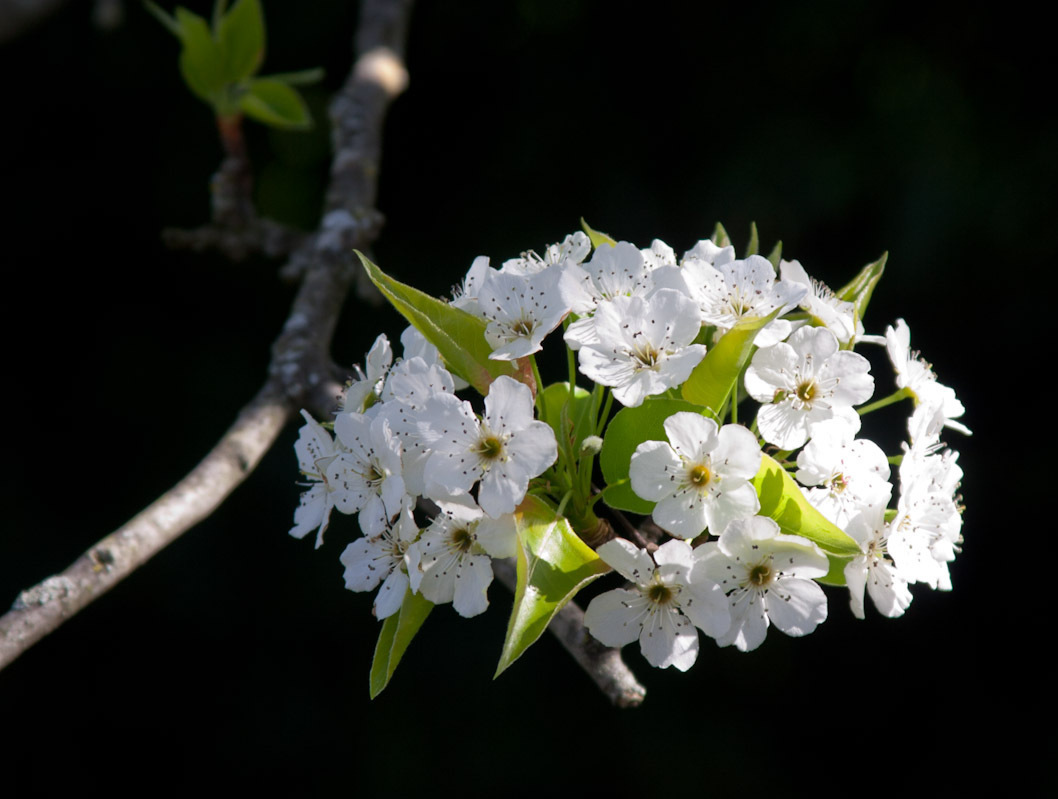 "They told us they were putting nice trees up with flowers on them, and they come up with this stinkin' stuff comin' out of them," she says. "Oh God, it was terrible."

Mike Dirr, a professor of horticulture at the University of Georgia and an expert on woody plants, says at first, he advocated for the tree.

"We thought, 'Gee, this is a panacea,' " Dirr says. "You can stick it into any planting space in an urban situation, in concrete-heavy soils, clay soils, limestoney soils, acid soils, and it's gonna grow."

Native to China and Vietnam, the Callery, or Bradford pear, became the street tree of choice for American cities beginning in the 1950s. The beautiful, white flowering tree was disease-resistant and had the ability to grow in diverse climates and soil types.

But, Dirr says, the Callery pear soon revealed its downsides: It stank, and new trees started sprouting up everywhere, crowding out native species.

"I'm not a crazy, invasive-police kinda guy, but I can see the future and this tree is I think one of the biggest scourges we have," he says.

That's why the Callery pear is now prohibited by the Pittsburgh Urban Forest Master Plan, according to Matt Erb of the nonprofit group Tree Pittsburgh.

"In the last five years, through the TreeVitalize Pittsburgh program, we've planted 23,000 trees throughout Allegheny County, and not one of them is a Callery pear," he says.

Still, there are thousands of the trees in Pittsburgh, and many more across the country, from New York City to Colorado.

So each spring, Sheila Titus and her daughter Kim will just have to deal with the smell.

"We're lucky today that the odor's not as strong," Kim says, "or else it would be in the house."

"We thought it was our dog," Sheila says.

Then, Sheila says, the dog died, but the smell remained.