Accessibility links
Review: Mac McCaughan, 'Non-Believers' For 25 years, the Superchunk frontman and Merge Records cofounder has quietly made some of the loudest pop in human history. 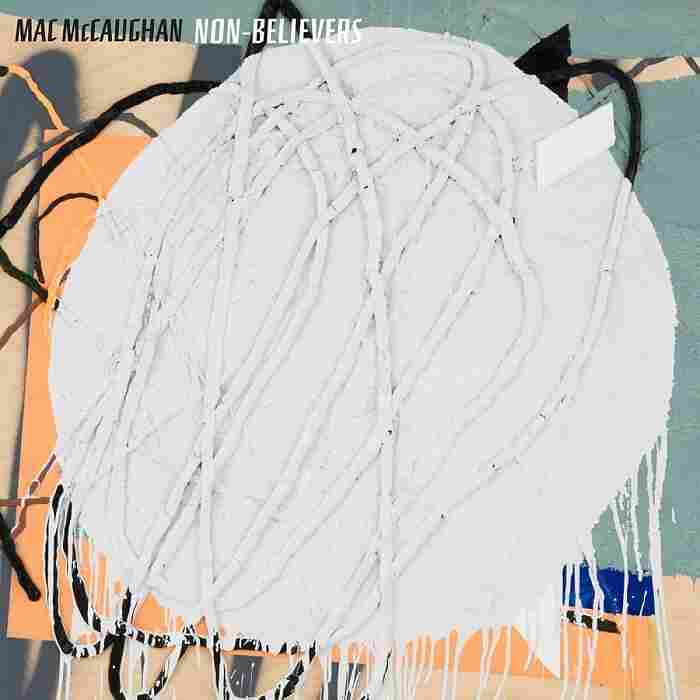 Indie rock was conceived to be nondescript, but few indie legends come as dressed down as Mac McCaughan. For 25 years, the Superchunk frontman and Merge Records co-founder has quietly made some of the loudest pop in history, meanwhile keeping his profile inversely proportional to his influence on the indie world at large. This is the man, after all, who gave Kurt Cobain a run for his money in the early '90s when it came to blisteringly distorted, Gen-X anthems — despite being nowhere near as popular — and who gave Arcade Fire its momentous start on Merge a decade later. He's also released numerous solo albums under the name Portastatic, a move that gave him another outlet as a prolific singer-songwriter while keeping his name off the marquee.

It's curious, then, that McCaughan's first solo album under his own name, Non-Believers, arrives so long into his career — and that it's such a departure from both the amped-up power-pop of Superchunk and the stripped-down songcraft of Portastatic, whose releases have wound up sounding increasingly like Superchunk demos. Instead of being predictably guitar-centric, Non-Believers is McCaughan's bold foray into drum machines and synthesizers. More specifically, it's a trip back in time to an era when post-punk and new-wave artists sculpted adolescent angst into giddily romantic, robotically stylish pop gems. In other words, this is McCaughan's '80s album, an avenue that could have easily become a self-indulgent dead end. Leave it to him to turn nostalgia into something unassumingly, offhandedly brilliant.

A Rational Conversation With Mac McCaughan And Waxahatchee

The '80s aren't known for restraint, but Non-Believers isn't shooting for authenticity. Mixing the grandiose gestures of New Order, The Cure and OMD with the lo-fi crackle of indie rock, McCaughan sets his ray gun on swoon. "Your Hologram" throws a sci-fi sheen around a mid-tempo tribute to loneliness and distance. He's no synth wizard, and it shows. On "Mystery Flu," his keyboard tickling is endearingly rudimentary, but it also underscores the punk ethic that Superchunk has championed since day one: Take whatever you've got and make it work. The result strips away the slickness and pretense of new wave in favor of a charming clunkiness, especially on "Real Darkness," a highlight of the album that's rigged out of ringing guitars, a stuttering drum machine and frosted synths. "How did you get so dark with all this sunshine around? / How did you get so pale?" he nasally croons like a self-mocking Robert Smith. But there's nothing mean-spirited in McCaughan's delivery — just tender, melancholy heartache lightened with a dash of goofiness.

The album isn't entirely beholden to the majestic mope of John Hughes soundtracks. A handful of tracks on Non-Believers fall in McCaughan's wheelhouse, relying more on fuzz-caked guitars and yelping pep. "Our Way Free" keeps the synths to a low, haunting hum; beyond that, it could fit on any Portastatic album. And there's a distinct Superhunk vibe to "Box Batteries," despite the rinky-dink percussion and submerged riffs. On "Come Upstairs," McCaughan's power-ballad sprawl is rendered choppy and dreamy at the same time. The guitars are pronounced, but so is the swirling spaciousness; rather than feeling explicitly beholden to '80s radio or MTV, it could pass for the theme of a public-access astronomy show.

"Barely There" neatly splits the difference between the album's new wave and indie rock tendencies. And it does so by finding common ground. Breezy and full of bounce, it draws on the acoustic-guitar-plus-wistful-quirk formula of '80s hits like Modern English's "I Melt With You." Scrape away all the slight variations, however, and the tracks on Non-Believer are simply another batch of plainspoken, beautifully crafted Mac McCaughan tunes. But it proves what Superchunk fans have known all along: No matter how he deconstructs or tries to duck behind his songs, his piercing hooks and boyish pluck always poke through.