Accessibility links
Boxing Fans Shift Focus To Small Men, Big Money As some boxing fans await a major welterweight matchup on Saturday, it's clear that the sport is struggling to keep the attention on the boxers' athleticism rather than their riches. 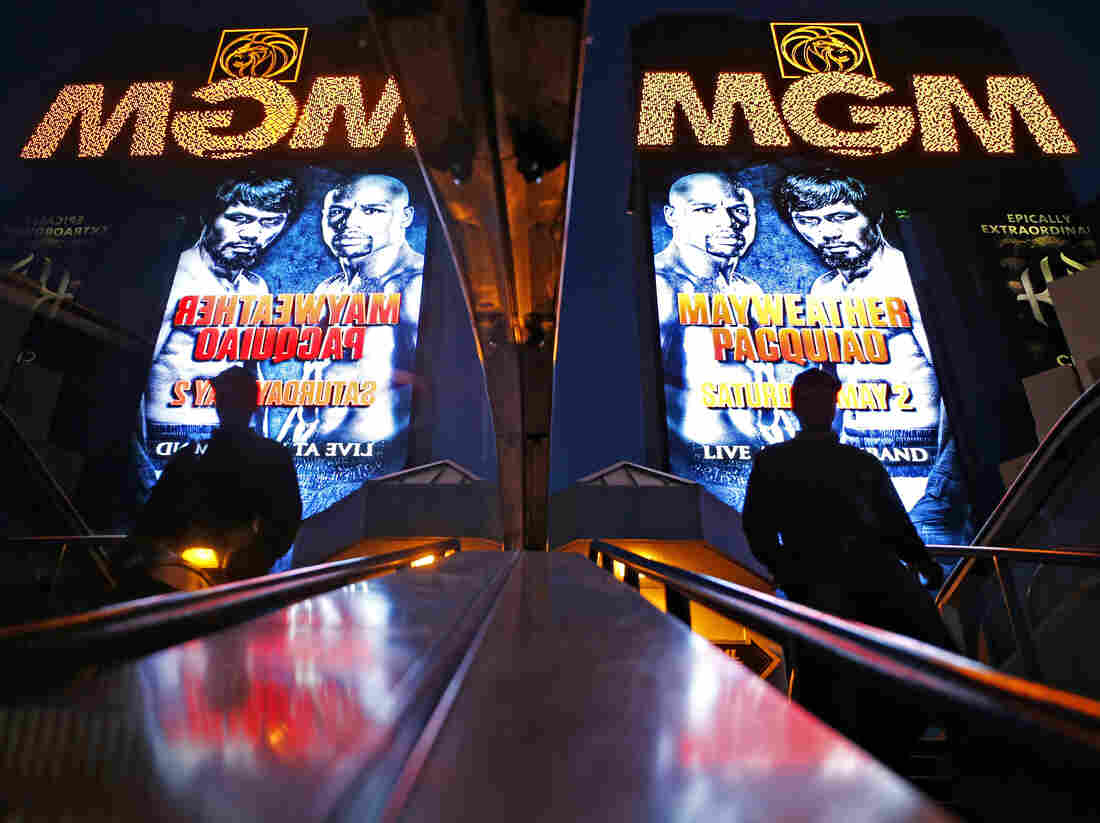 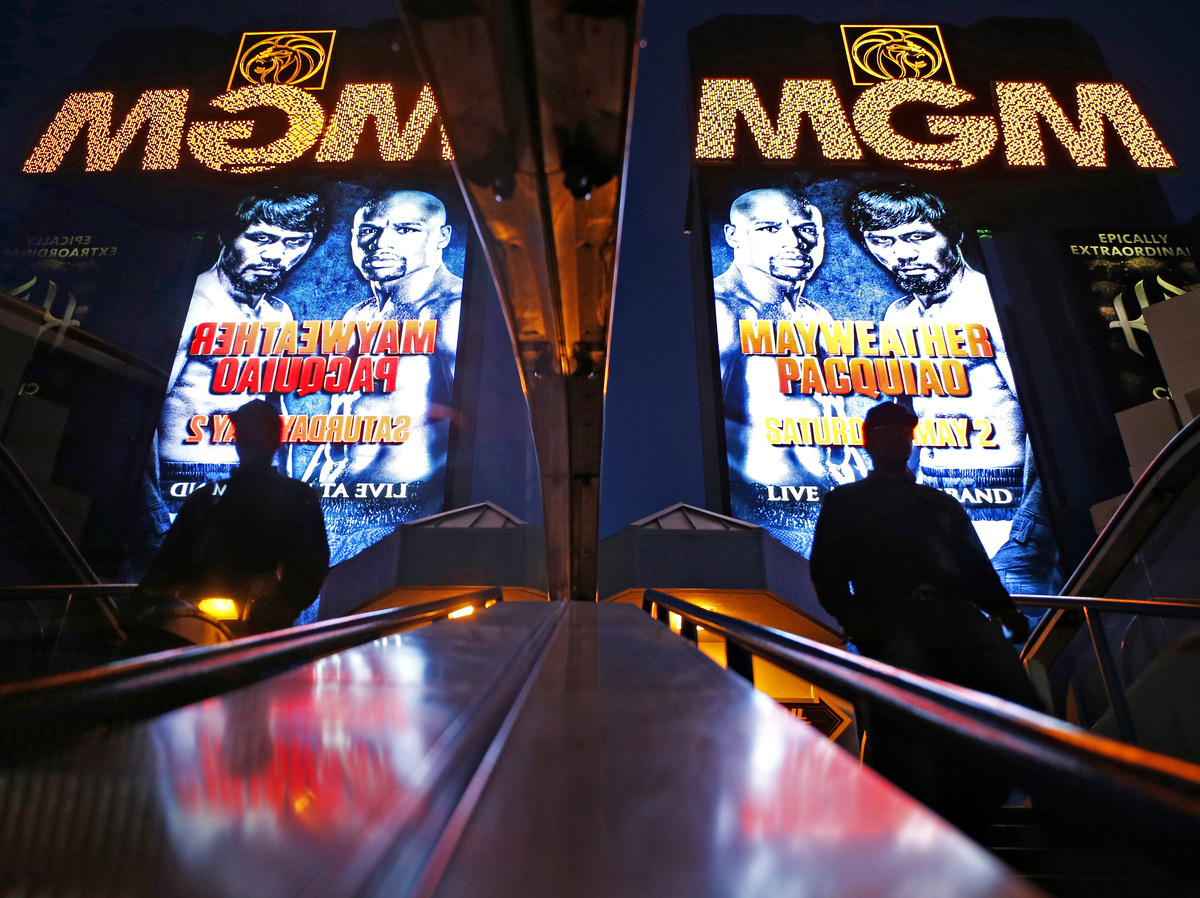 The MGM Grand marquee is reflected in an escalator with advertising for the Mayweather Pacquiao fight, which will take place Saturday in Las Vegas.

It was long an article of faith among sport cognoscenti that nothing in athletics approached the sheer electric drama and glamour of a heavyweight championship fight.

Well, if you missed it, they had one of those in no less a shrine than Madison Square Garden on Saturday. You could have watched it on plain old TV if you were not already analyzing the NFL draft, following the NBA or NHL playoffs or watching the baseball season unfold. Poor, ignored heavyweights.

It may seem extraordinary to modern fans, but whenever a black man held the title in decades past, inevitably some people would conduct an artless, wishful search for the so-called Great White Hope. But a white man — Ukrainian boxer Wladimir Klitschko, who easily defended his title on Saturday — has been the heavyweight champ for nine years now and nobody of any race seems to know him, let alone care that he is approaching American boxer Joe Louis' record as champ.

Whereas the athletes in every other sport are getting bigger and bigger, what residual interest there is in boxing is going to champions of the smaller weight class. This Saturday gives us the indisputable Fight of the Century –- or at least The Fight of the First One-Sixth of the Century –– and it is for welterweights, a division which used to be, relative to heavyweights, the Department of Agriculture compared to the State Department.

Mayweather, Pacquiao Will Brawl For Boxing's Richest Purse Ever

Facing off in this Saturday's welterweight match in Las Vegas are undefeated 38-year-old American, Floyd Mayweather Jr., and 36-year-old Filipino congressman, Manny Pacquiao. They are fighting it out in Las Vegas, or, more importantly on pay-per-view TV.

Whatever you may think about boxing, this particular match has become the tackiest sports event this side of hot-dog eating. All of the pre-fight talk has been about money, money, money. Mayweather has a mouthguard worth $25,000 and it's made of hundred dollar bills. Meanwhile, Phillipine firms are paying to clutter up Pacquiao's trunks with more than $2 million worth of advertisements. It's safe to say that he's hitting it big below the belt.

Boxing has always been grubby, but the fact that it is now embarrassed that it has so descended in popularity no doubt accounts for its insecurity. It seems the sport can only attract attention to itself with an emphasis on vulgar opulence. At their advanced ages, both men are probably incapable of a knockout, so the fight should go the distance and fans will get their money's worth.