Accessibility links
Earthquake Jolts Seattle's Nepalese-American Community Into Action The city boasts one of the largest Nepalese communities. In the aftermath of the disaster, they've organized prayer vigils, collected money for relief efforts and sent medical personnel to the region. 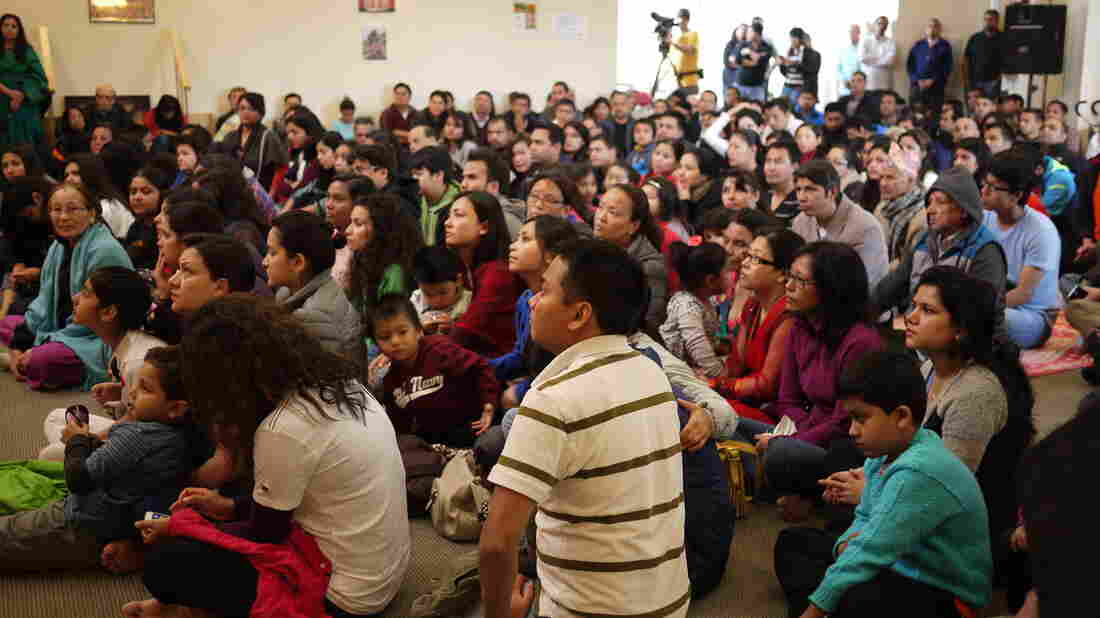 Members of the Nepalese community gather for a vigil and prayer service at a Hindu temple near Seattle. Liz Jones/KUOW hide caption 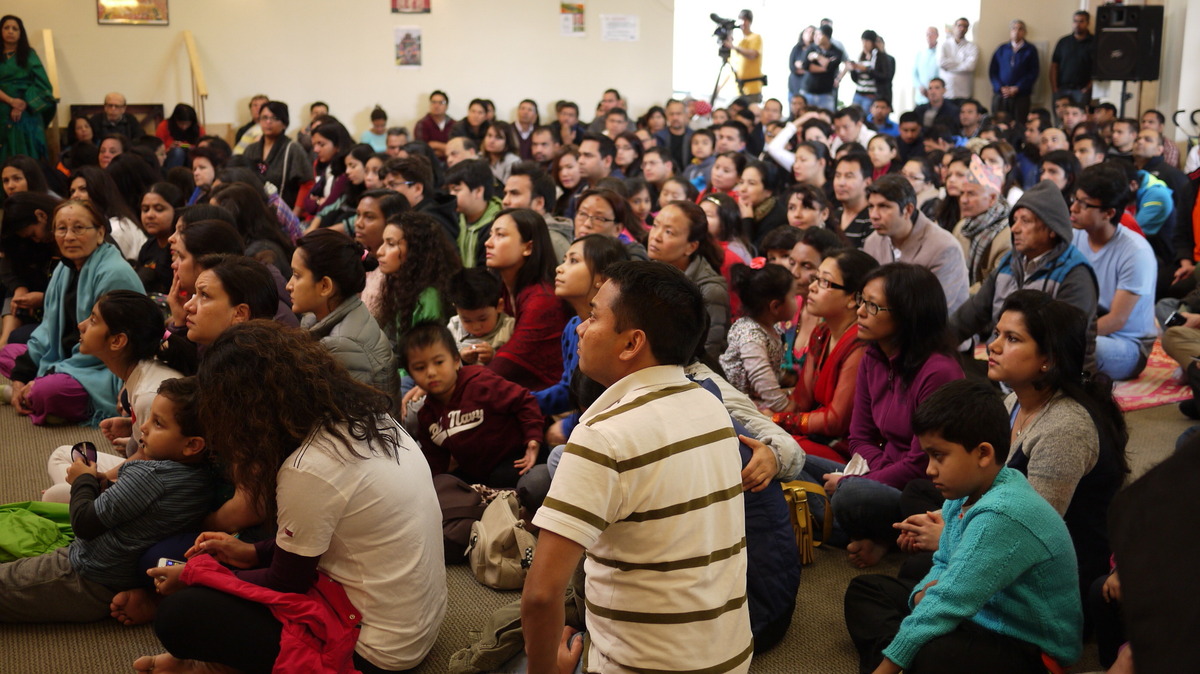 Members of the Nepalese community gather for a vigil and prayer service at a Hindu temple near Seattle.

Nepalese communities across the U.S. are mourning the loss in their home country from last weekend's earthquake. Officials in Nepal now estimate the number of people killed in the disaster stands at more than 4,000.

In the Seattle area, prayer bells ring out at a Hindu temple. Hundreds of heads bow. A boy in a turquoise sweater peeks through his folded hands. A husband and wife comfort each other, their eyes red from crying.

"Even the richest person and the poorest person, they're in the same: on the street right now."

The massive earthquake in Kathmandu has sent this community into action — organizing prayer vigils, collecting money for relief efforts and sending medical personnel to the region. The U.S. is home to more than 100,000 people with Nepalese ancestry and Seattle boasts one of the largest communities.

"There are people from villages. They don't know where their family is," says Shree Ram Dahal of the Nepal Seattle Society, which organized the vigil to help the community cope. "They don't know whether they have lost anybody. So they need a shoulder to just lean on."

Many of the attendees have come for emotional support and also to help people back home.

"We're gathering donations and whatever else we can to send as quickly as possible because it's a day-to-day thing," Dahal says. "They're running out of supplies — food supplies, medical supplies — any kind of relief you can provide for somebody who's lost everything."

During the service, a community leader asks for volunteers willing to go to Nepal to head up efforts there. Dozens of hands shoot in the air. Others donate money at a booth set up outside.

" 'Tell me what you can do.' That's what I'm asking every single people who I met," says, Mohan Gurung, president of the Nepal Seattle Society.

Gurung's family in Kathmandu survived the quake, yet some of their homes are now unsafe. They are without water and surrounded by rubble. But they have nowhere to go. Gurung recalls what his family told him.

He plans to go to Nepal soon.

"Those that are in that area, they're traumatized," he says. "They can't do anything. So we're the ones who can help, us from outside."

But first, Gurung is heading to Washington, D.C. There, he hopes to meet with Nepal's ambassador to the U.S., and see how his group can help.

Others here also plan to travel to Nepal in the weeks and months ahead.
Sudah Bogati says, for now, she'll help with local efforts.

"Even the richest person and the poorest person, they're in the same: on the street right now," she says. "I just worry about Nepali people right now."

She'll make the trip home to Kathmandu when she can.